A monkey recently went viral after it was spotted hanging out on utility cables at a residential area in Selangor, Malaysia with a new pet puppy that it had ‘kidnapped’ somewhere nearby.

While the incident is making the internet laugh, there’s growing concern over monkeys doing similar acts – especially because one tried to kidnap a human baby in the past!

Monkey Hangs Out with ‘Kidnapped’ Puppy

With humans encroaching on forests and taking the habitats of wild animals, many of these creatures are driven to extinction or are forced to enter the city. Monkeys have learned to adapt to the times and are even enjoying free food from tourists.

But there are monkeys that have also gotten more mischievous as they take human items like cellphones or even snatch human babies! There were some that took ‘pets’ like cats or dogs. 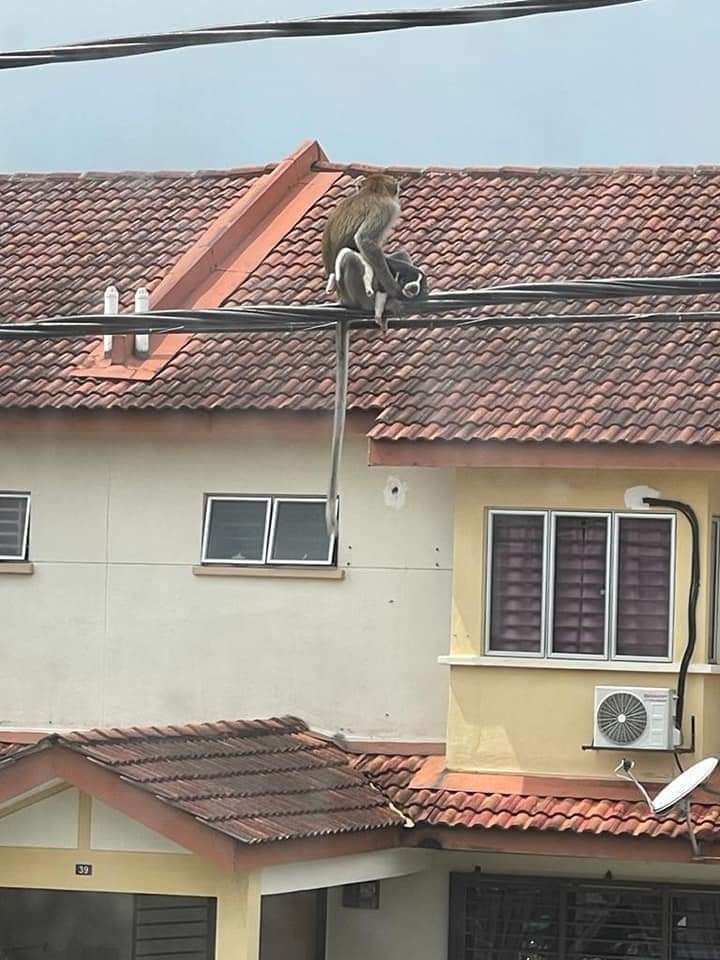 According to Leonald Lu, the monkey had taken the puppy up the utility cables. It seems that the monkey likes to take smaller animals like puppies and kittens because there has been a series of missing pets in the Taman Lestari Putra area.

Other residents in the area commented that the same monkey had taken the puppy to other locations, though it appeared that some people were finally able to rescue the poor canine from the monkey.

It’s unknown why the monkey took the puppy, considering that these primates aren’t likely to eat the smaller animal, anyway.

Some netizens theorized that the monkey must have observed humans bringing some puppies or other pets and that it was trying to imitate the behavior. 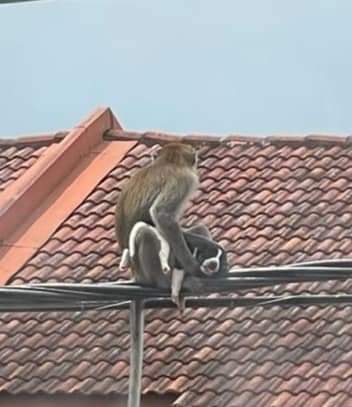 Many people expressed concern over the incident, especially because dogs (and cats) are likely to fall to their deaths if the monkey makes a mistake in carrying them over the wires.

While there are people who keep monkeys as pets, these animals are generally best left in the wild. Unlike dogs and cats, it’s nearly impossible to toilet-train a monkey. Also, they can be mischievous and could wreak havoc in a household.