An alarming video shows the moment a little monkey tries to kidnap a toddler much bigger than itself! It unexpectedly happened during a street performance. What’s worse, it took too long for someone to actually help the child! That’s even more alarming…

Just when you thought 2020 couldn’t get any crazier, a video of a monkey trying to abduct a baby recently went viral. The video was reportedly taken in Indonesia while people were trying to watch a street performance, according to Jasa Supanji who uploaded the clip. 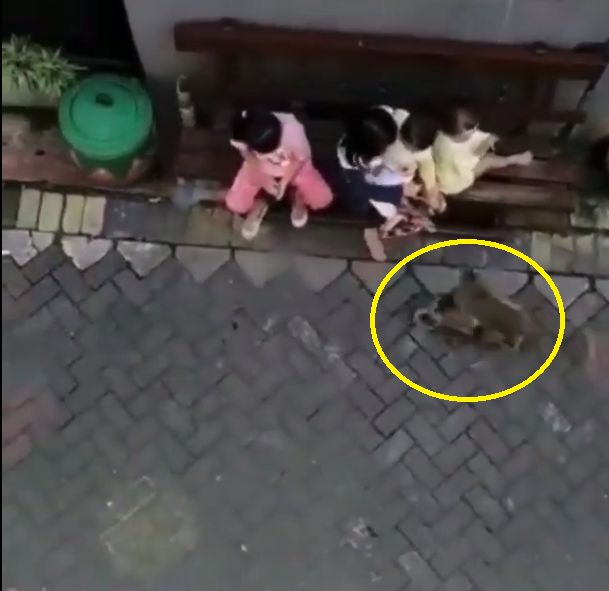 This reportedly happened last Saturday in the East Java city of Surabaya. But so many are questioning why this was allowed, particularly because most places are imposing a lockdown to stop the spread of COVID-19.

During the traditional form of street entertainment known as topeng monyet or masked monkey, a little monkey riding a motorbike could be seen speeding towards a small street. According to Supanji, this happened at Gang Mawar, a narrow residential street in Surabaya.

It stopped at a spot where four people were seated. There’s a woman holding a baby, a toddler girl in yellow dress, and what appears to be another much-older child sitting at the woman’s other side. 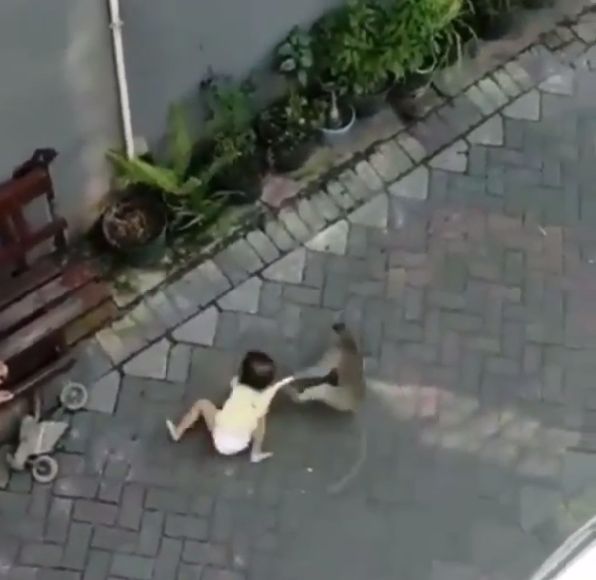 Without any warning, the monkey jumped off the motorbike and snatched the toddler. In shock, the toddler’s companions were unable to help as the girl fell to the pavement and was harshly dragged by the monkey! 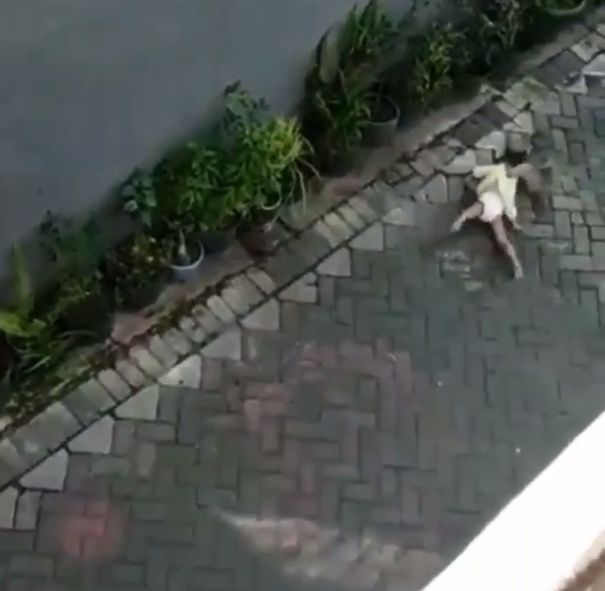 It was so alarming to see the monkey harshly drag the kid who was lying face down on the street! It took several more agonizing seconds before someone finally shooed the monkey away! But by then, the girl had already been dragged several feet away. Poor kid.

The girl got up and ran back to her previous spot as the video ends. Watch it here:

In many places, particularly in Asia, monkeys are being used as entertainment and in street performances. The monkeys are taught to do human-like activities such as the one in the video that knows how to ride a small motorbike.