Dogs are natural loving animals we have seen videos of how much dogs love the families who own them, of how they care so much for the people around them.

Sometimes, as other people have truthfully pointed out, dogs even have more conscience than humans, and sometimes, dogs show more empathy than that of the human race.

Apart from that, dogs almost always exhibit empathy for other animals too. Take this video that has gone viral for example. 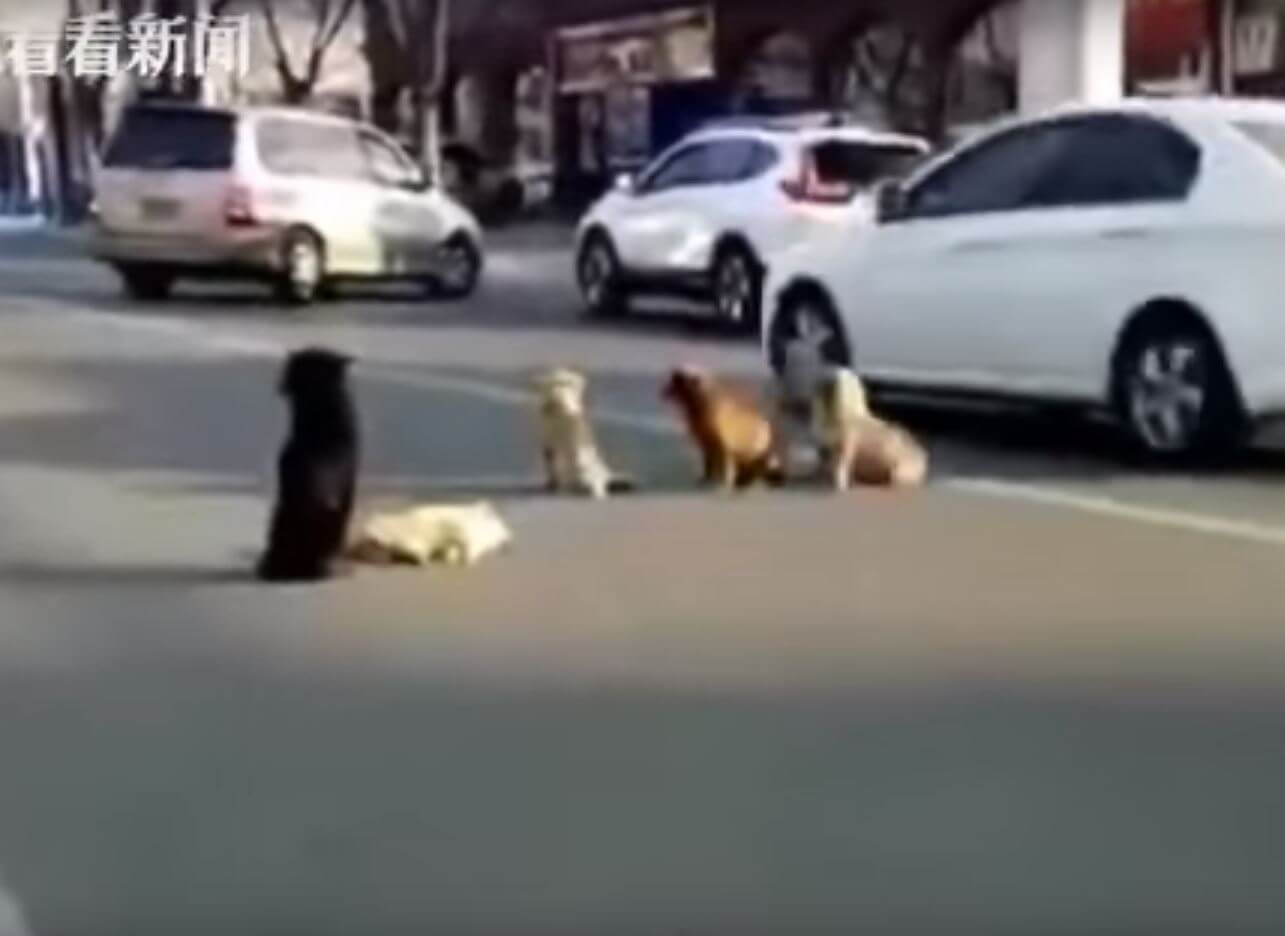 In the video, you will see four stray dogs valiantly standing guard around their fallen comrade.

According to Knews, the poor dog was hit and killed by a car that did not notice it in Lanzhou, Gansu province on January 19th. After that, the dog’s friends immediately rushed to his side.

They braved the danger of being run over by cars just so their friend will not be hit again. Thankfully, cars swooshed past on their side to avoid them.

The video was captured by someone who was in a parked car on the side of the road.

Dogs are incredible animals that love deeply. Once you get a dog’s loyalty, your dog will be willing to fight for even until death. That is how loyal these amazing creatures are.

Read about the dog who got killed after he battled a 5-foot cobra just so he can save his old owners. The owners adopted the dog and treated him well.

Another touching story is when this dog kept a vigil beside his best friend when the latter got hit and killed by a car.

Needless to say, dogs are very wonderful animals that serve as a blessing to everyone who takes them in and give them shelter.

Do you have a dog? Go on and give your dog a good long hug, you know they deserve it.