A dog they adopted as a 1-month-old puppy would prove to be a blessing to an old couple who lived by themselves at their house in Perumbavur in Kerala, India.

According to NTD Television, the couple live on their own for some years now. They adopted a dachshund 3 years ago when the dog was still a 1-month-old pup.

It is unknown whether the old couple have kids or if their children were already grownup and have families of their own that’s why the old ones live by themselves.

Recently, the dog whose name is Mouli began barking loudly outside the couple’s house. They went out to investigate the matter and discovered the small dog battling with a 5-foot cobra! It might be small but the dog was determined to save its owners from the deadly reptile.

The couple tried to save the dog but the cobra was fierce. It is said that the dog and the cobra battled for about 30 minutes – and the owners could do was hope their dog could survive the encounter. Seeing the epic battle, some of the neighbors asked helped from the cops but the fight had already ended by the time the police arrived. 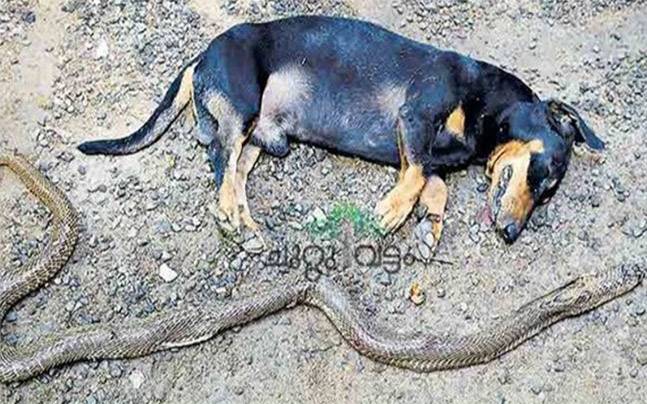 Sadly, the dog was bitten so badly by the venomous snake that it would die shortly after the fight ended. The only bright side here is that the snake also died in the encounter – and the old couple were safe. At least Mouli’s sacrifice had not been in vain.

The couple felt thankful that Mouli saved their life and were quite sure that it was good karma for adopting the dog.