Dogs are loyal creatures. They stay loyal to their humans and we’ve heard a lot of stories about dogs saving their masters from danger or keeping vigil near their dead bodies and even at the cemetery even months or years after their beloved humans’ death.

Recently, yet another dog has gone viral for keeping vigil over the dead body of its best friend who was hit and killed by a car.

In Bernal, Argentina, some people noticed a dog running after a car and kept pace until the vehicle stopped. But they were surprised to see the person driving the car stop to drop a black bag on the sidewalk. The dog immediately went to the black bag. 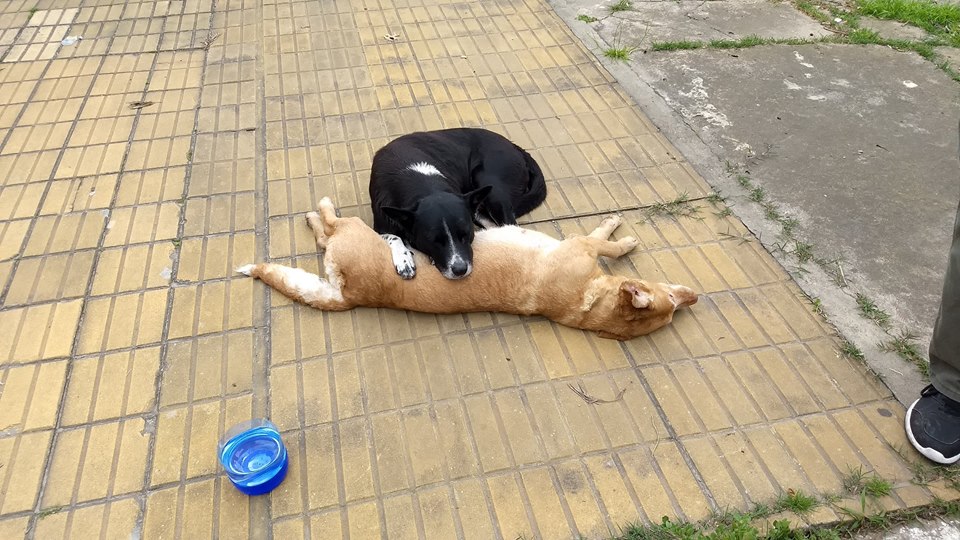 Netizen Chicho Barbaroja took pity on the dog and helped open the plastic bag. Inside the bag was the body of a brown dog. The passers-by were so curious as to what the black dog that was chasing the car would do next that not one was able to take note of the car’s plate number.

The black dog that the locals would later dub as Negrito, which means ‘Little Black’ in Argentina, checked on his friend. Realizing that his best friend was dead, the sad dog laid his head on its body and whimpered but he kept vigil.

Some of the locals tried to get Negrito away from his friend so they could bury the other dog but he wouldn’t budge, even when they tried giving him food and water. For hours Negrito kept vigil over his dead friend. 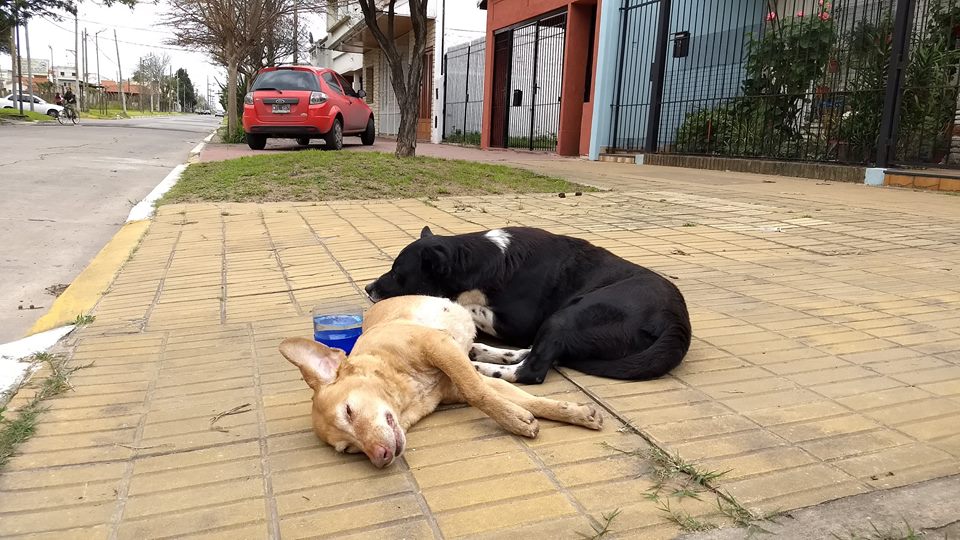 A few hours later, someone finally managed to trick Negrito into accepting some food; perhaps he was already quite hungry by then as well, that is why he wearily got up and ate. This gave the locals a chance to take the carcass off the sidewalk and had it buried.

“When he realized that his companion was no longer there, he went around in circles, going from corner to corner and even looking for her in the garbage bags of the block,” Barbaroja revealed.

Poor Negrito. He must have been really heartbroken that his best friend was gone…