Home
Entertainment
A Photo That Made It to GMA’s Best of #AlDub Fan Art was Stolen from RachFeed Artist’s Son!

Plagiarism is so rampant these days that it is difficult to determine who made the original article or piece of art – because lots of unscrupulous people simply delete the author or artist’s name and pass off the piece as his/her own! And with so many people on social media not bothering to check an item’s authenticity, these stolen works often become viral and make it to mainstream media.

A perfect example is a piece of art we featured last week, created by Francis Conrad Morilao, the son of the artist who designed RachFeed’s logo. Going by the handle franciissm on Instagram, Francis posted two #AlDub sketches he personally created using his own hands and some pencils.

We were amazed by such amazing details on the sketches that appear to be filtered photos using mobile apps instead of being real drawings – for these really look realistic!

One of the artworks, the one of Yaya Dub, made it to GMA’s Best of #AlDub Fan Art – and we would have been really proud of this inclusion except that it came with a different attribution: not to Francis but to some guy named Julius Advincula Troyo! 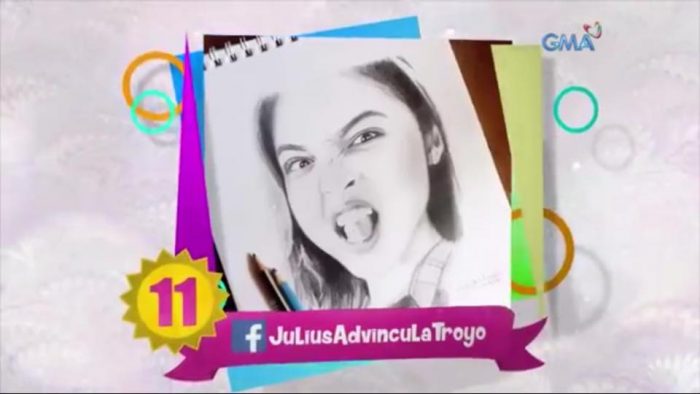 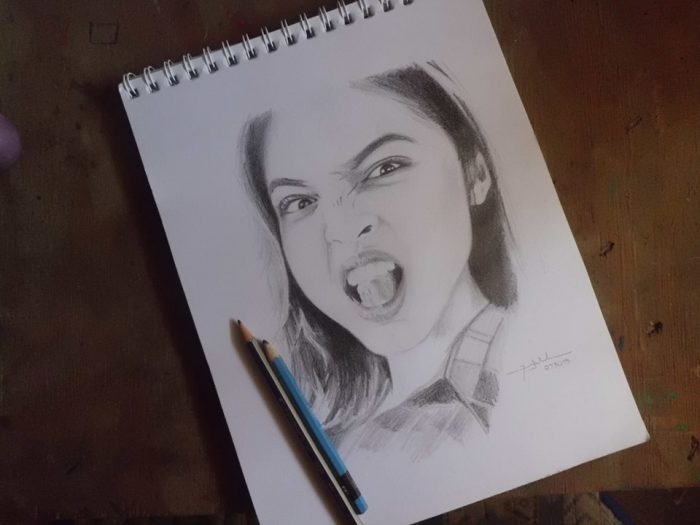 We really couldn’t entirely blame GMA on this one as they must have found the tampered artwork without Francis’ signature and thought this impostor uploader was the real artist! What we could not really forgive are people like this Julius guy who download something off the web, then upload it on their account, making it appear that the work is theirs! That’s stealing, you know?

Plagiarism and artwork theft are quite rampant on the web, especially because people think anything on the web can be copied because, well, they were posted on the web after all!

Here’s the video by GMA, featuring Francis’ work but attributed to the Julius guy: