Based in The Hague, transPinay blogger and international relations student Sass Rogando Sasot is urging the international media to stop destabilizing the Philippines. Sasot is a vocal supporter of Pres. Rodrigo Duterte and has long slammed the local and international media for one-sided reporting which only shows the bad/negative sides to the president’s actions but never the good/positive consequences that his actions have brought to the country.

She wrote in the caption:

They have the money to influence the international community, we have the POWER to fight for our country. Let’s start a social media campaign to send our message to international media. No Apps. MAKE IT RAW. Apps = Bots. Prove to the world that you are real. MAKE YOUR POSTS PUBLIC.

DO NOT USE KIDS!

The post quickly went viral, with most of Sasot’s followers commenting that they would also make and share their own fan signs or even digitally copy hers; though she specifically told everyone who wants to join that they should use raw signs – meaning they have to write the signs themselves! 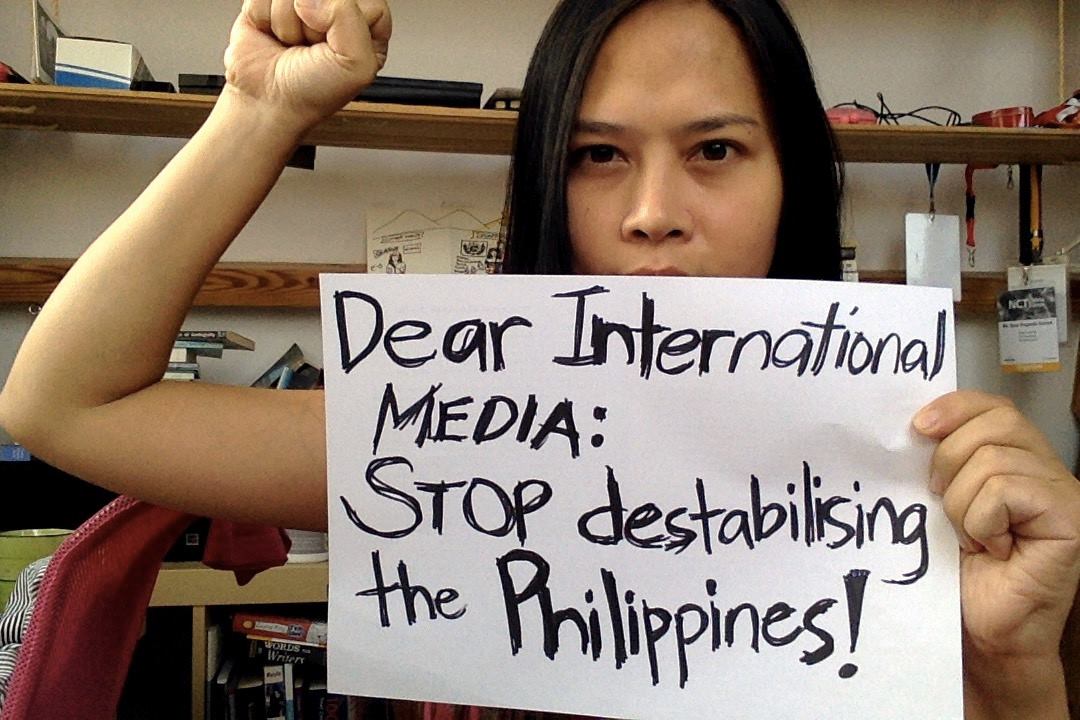 But there were those who could not help but comment that Sasot was using the wrong spelling for ‘destabilizing’ as hers came with an ‘s’; this prompted the blogger to teach these grammar Nazis a thing or two about the differences between British and American English spellings.

As expected, there were also those who commented that the media are only reporting what information they had gathered and that Pres. Duterte and the rest of the government officials should be the ones who should stop destabilizing the country.