When Miriam Bermas went out of her house last June 19, 2016, her family did not have any inkling that this would be the last time they would see their mother. In a Facebook post shared two days later, Mimi Bermas was asking social media users for help in finding her mother.

According to Mimi, her mother had last been seen on June 19 at Starbucks Marquinton in Marikina, Philippines at around 10PM. They were feeling alarmed because all her contact numbers are out of coverage. She wrote that it was not in her mom’s personality not to go home; neither would she turn off her phone. 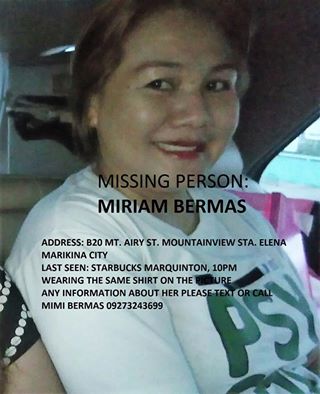 In the public Facebook group, BINANGONAN AND MORE.(BAM). photos of a dead woman lying on a grassy area were shared by a certain Harold Aguilar who happened to pass through the scene. According to Harold, the dead woman was believed to have been thrown by a passing vehicle; although no one had seen the vehicle or get its plate number.

Someone shared the post with the dead woman’s photos to Mimi who would later confirm that, sadly, it really was her mom in that post!

It was the hardest thing to see on Facebook – and we feel for the Bermas family. 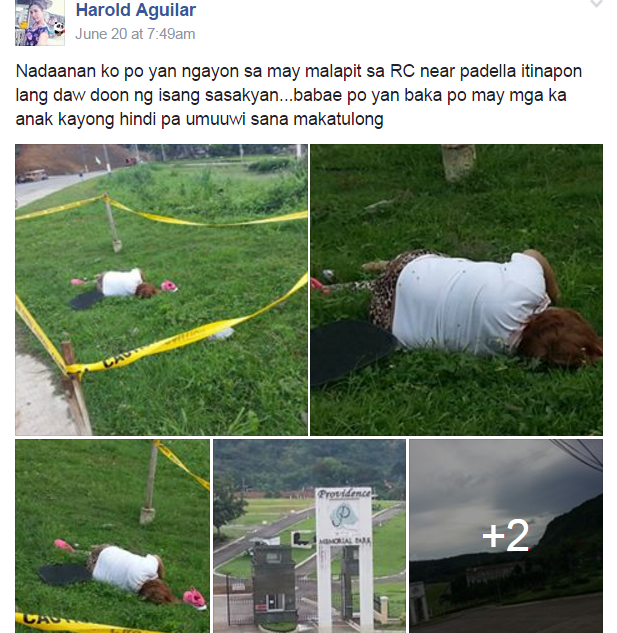 Initial investigations point to robbery as the primary reason as to why Miriam was killed. Mimi revealed that the crooks had stabbed her mother multiple times using an icepick, leading to her untimely death.

The family is now crying out for justice, hoping that someone could help give them leads as to who robbed and killed their mother. We could only hope the case will be solved and the criminals will be punished for their cruel actions.