KABANKALAN CITY, Negros Occidental – Nineteen-year-old Clarencio Bernabe Jr. started selling fried chicken a month ago to earn money to support his family but he landed at the hospital, instead, after an angry competitor doused him with gasoline.

While Bernabe had just started cooking chicken to sell when 20-year-old Ryan Dolar poured gasoline on his body. The gasoline quickly caught fire from Bernabe’s mobile kitchen and his body was engulfed in flames.

Thankfully, there were plenty of people near the scene who quickly helped Bernabe. They were able to put out the fire and rush the vendor to the hospital but he had sustained third degree burns in many parts of his body.

Bernabe is currently in critical condition while the suspect, Dolar, is also recuperating in the hospital as he also sustained burns on his feet. 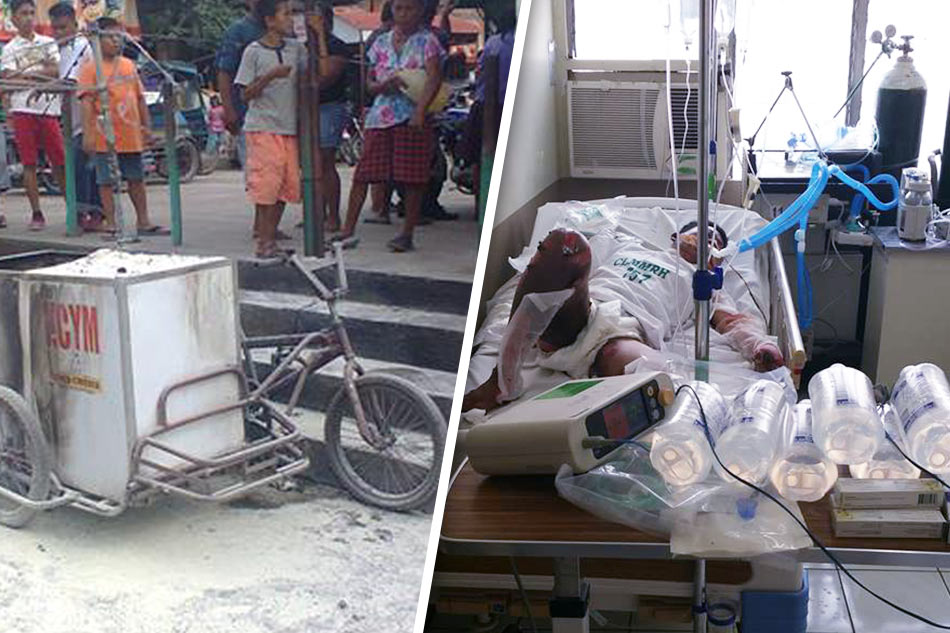 Bernabe’s family is considering filing a case against Dolar although they are still trying to care for him and are hoping his condition will improve soon.

The cops are still investigating the incident and verifying reports that Dolar had doused Bernabe with gasoline due to business competition or whether it was just a prank gone wrong.

Bernabe’s mom claimed that her son does not have enemies; thus, the only motive they could think of was competition in business, especially because her son had only just started selling fried chicken in the streets while Dolar had been selling for a longer time.

Whatever the actual motive might be behind the incident, Dolar will be facing charges for serious physical injuries for what he’s done to Bernabe.

What is Street Food?

Street food is basically any food being sold in the streets. These types of food stalls and mobile food carts are very popular in the Philippines, selling anything and everything from popular snack items to full meals!