Home
News
News & Culture
The Tale of Two Transgenders – Why is One Getting more Media Coverage?

Right on the heels of Jeffrey “Jennifer” Laude’s rape-slay came the robbery-slay of Joselito “Joy” Añonuevo. Both are transgender women – born as male, but now living as female.

Laude’s case has gained wide media coverage, both here and abroad. The local media has been running the story for weeks, trying to cover every angle, every inch of the story for all it’s worth. Several militant groups took to the streets to decry Laude’s death, seeking justice for the untimely death.

What’s quite surprising is that Pinoys, especially LGBTs, have initiated rallies not just in the Philippines but in embassies in other parts of the world, including several in the US!

The case is also supported by groups such as Gabriela, who are calling for the government to junk the VFA. 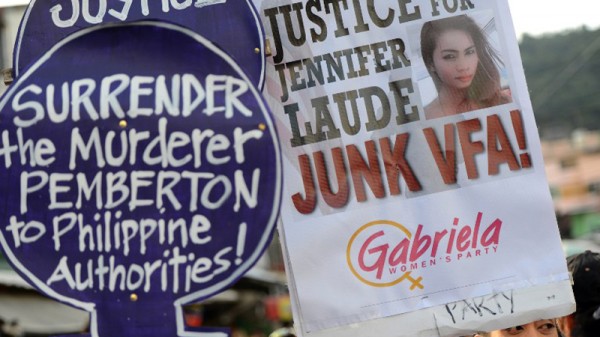 Meanwhile, the death of another transgender also made it to the national news sites, especially coming at the heels of Laude’s death. The death was violent: the suspect stabbed Añonuevo for 33 times! It certainly was a hate crime, despite the suspect trying to make it appear like a robbery.

Media coverage was just for a few days. No one reported every single angle of the case, no background check of the suspect and the unfortunate victim, no rallies in the streets to specifically call for justice for this violent death, no militant groups shouting in the streets for the police to step up and solve similar crimes.

It certainly is weird how Laude’s case is getting more attention than Añonuevo. Both of them are transgenders – why aren’t they getting the same media treatment? Several netizens even pointed out how Añonuevo was ‘more decent’ than Laude because the latter is allegedly a prostitute while the former owns a restaurant/bar.

Is it because the people are more excited with sensational news, such as Laude’s? Certainly, that generated more views than Añonuevo’s death. If Gabriela and other militant groups were really just there for Laude because of the circumstances of the death, why are they not there for Añonuevo’s when that death is just as horrific?

They are all blaming the VFA for Laude’s death, forgetting that the VFA has been in effect for over a decade yet there are only two (Nicole and Laude) well-known cases of people directly victimized by soldiers who are part of the agreement whereas there are thousands of similar crimes perpetuated by our own fellowmen (similar to Añonuevo’s case) which do not get a lot of attention.

I understand that Laude’s death has a political and international aspect, especially because a US soldier is the alleged suspect. Still, it would be good if there is equal treatment for everyone – dead or alive.