Are Jennifer Laude and Nicole (real name Suzette Nicolas) victims of the Visiting Forces Agreement (VFA) between the Philippines and the US? Many sectors, especially militant groups, are calling for the cancellation of the long-disputed VFA, especially in the wake of Laude’s death and throughout the hearings of Nicole’s rape case. 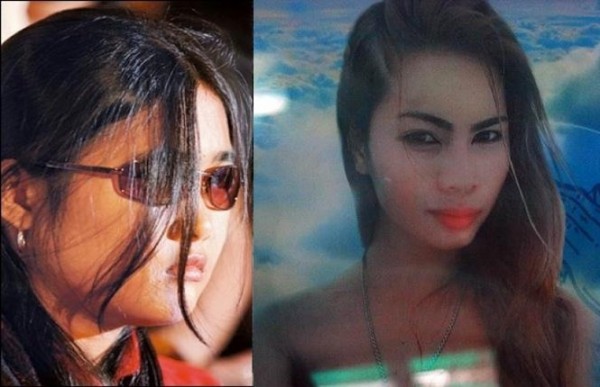 Differences Between the Cases

The alleged perpetrators in the two cases are different sets of people.

Private First Class Joseph Scott Pemberton is the primary suspect for Laude’s rape-slay; though it was first believed the transgender victim was possibly gang-raped.

The cases happened 9 years apart. Also, whereas Nicole was not killed [she eventually flew to the US], Laude perished. Nicole was also a real woman while Laude was a transgender woman born as Jeffrey Laude.

Nicole won the case but later recanted her testimony, which allowed Smith to go free. Laude’s case is still under investigation; it is not sure whether the camp will win the case over Pemberton.

Similarities Between the Cases

Both Laude and Nicole were allegedly raped by soldiers who were part of the VFA and staying in Subic, Olongapo. In Nicole’s case, Smith claimed that what happened between them was consensual while CCTV footage of Laude’s case apparently showed the two casually entering the motel, so it was also consensual [but something happened that caused the soldier to kill the victim].

It is the militant groups’ belief that these cases would have been prevented if there were no US soldiers staying in Subic for the VFA.

Both cases also gained intense media coverage, especially because the militant groups entered the picture and because the VFA has long been argued across many sectors.

It seems that every single detail of the cases were shared by the media to the public, including various incriminating evidence.

Both victims were also widely believed to be prostitutes, though their families staunchly denied these accusations. Both also had foreigner boyfriends who were not in the Philippines.

Nicole, who was actually from Zamboanga, was allegedly just on a vacation in Subic, with the permission of her boyfriend, who is also an American soldier but was in US at the time of the incident. Meanwhile, Laude was allegedly just another partygoer who was unfortunate to have encountered Pemberton; Laude’s German boyfriend was in Germany at the time of the incident.

The cases might seem like isolated rape cases, yet both have political and international significance because of the VFA.