Manny Pacquiao is undeniably one of the richest people in the Philippines; however, he had started out from the bottom, being so dirt poor he didn’t even know if he had anything to eat for dinner. Thus, now that he is rich, he has not forgotten his roots. He helps poor people in need.

Just recently, someone shared a video of the Pinoy boxing champ eating ice cream bar while waiting for his vehicle to arrive. Indeed, he is a very rich man now but he stays simple – can you imagine other uber rich people eating ice cream bar like ‘ordinary’ people in the streets? 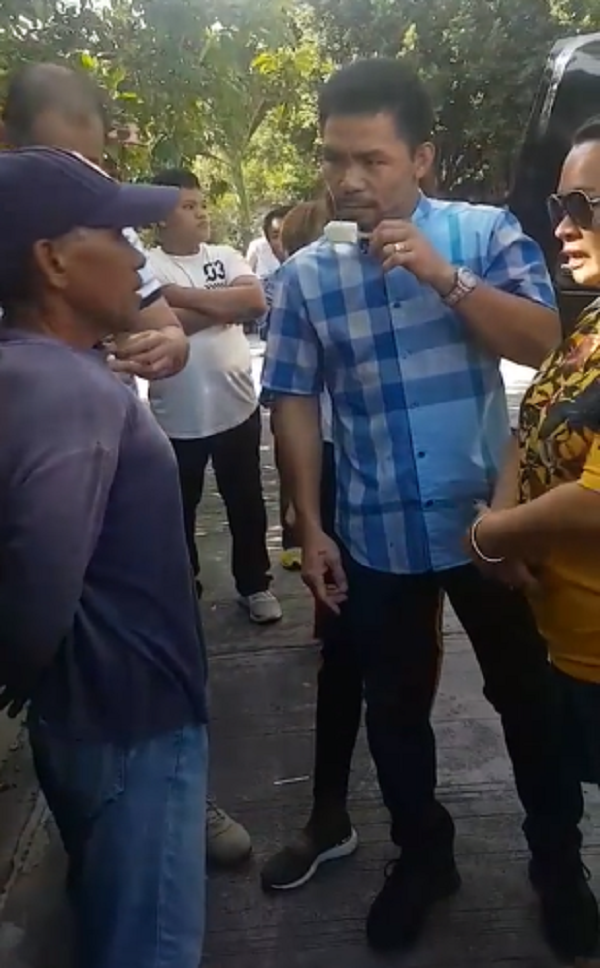 Jen Manilay shared the video and revealed that she bought ice cream from her suki, an old man. She bought 10 pieces and gave one to Pacquiao who told her to call the old vendor.

Amazingly, the kindhearted boxing champ and politician gave the old ice cream vendor Php3,000. But after chatting with the old man and learning that he had recently suffered a stroke and trying to find ways to send his three children to school, Pacquiao offered him Php30,000!

But the kindness did not stop there. Knowing how hard it is for the old man to work in this manner considering that he just had a stroke, the boxing champ also offered him a job.

Then, when he learned that the old man and his family are just renting a house, he told the old man he will give him a house and lot the following week! Isn’t that wonderful?

What’s rather cool about this whole thing is that Pacquiao seemed like just another ordinary, simple person in the video. He talked to the old man and the other people there like he was their equal. And even when he gave the old man the money and offered him the house and lot, he didn’t even sound like he was bragging. He was doing it out of the goodness of his heart.