Gary Dela Cruz Roque is not your typical student. After school, he goes to the streets and earn money as a jeepney driver. It was difficult, especially when he met an accident and there were days when he wanted to quit but he persevered and was able to finish college!

As he graduates from college, this inspiring young man shared his story to the world so he can also be an inspiration to many others who are still hoping to complete their education.

Gary shared that his dad is a jeepney driver who worked hard to send them to school. His father had dreams of him becoming an engineer but he joked that his brain could not take the course; thus, he took Bachelor in Industrial Technology, Major in Computer Technology at Bulacan State University.

However, after completing 2 years in college, Gary thought that was enough. He quit school. 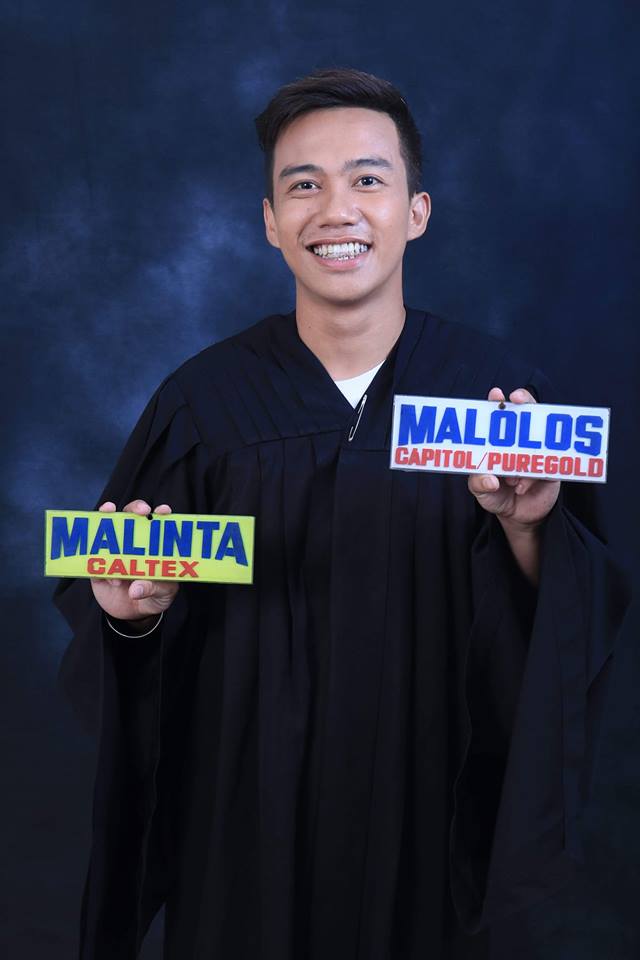 But his remaining years in college were a huge challenge. After the regular class hours, he has to hurry and go to the streets to earn enough for the next day’s expenses. He was lucky on days that his classes end at 5 or 6PM but when the classes are slated to end at 8PM, he would often ask his professors to let him go out early so he still has time left to earn.

More often than not, he only gets home at 2 or 3AM yet he has to be in school at 7AM. There were also times when he does not get any sleep at all, especially in his fourth year when they had to spend more money for the thesis.

Thankfully, Gary managed to overcome the challenges and graduate from college. He jokingly thanked the classmates who let him copy during exams as they helped him graduate. LOL.

Congratulations to you, young Mr. Jeepney Driver who is now a college graduate!