An adorable kitten is making waves on social media for its energetic ‘ninja’ moves while playing a game on an electronic gadget. It was bouncing all over the place that it wasn’t really a surprise when it fell off the couch by the end of the video. LOL.

Kittens are naturally curious and playful animals who simply love to have fun. While older cats tend to be serene and ‘lazy’, even snobbish most of the time, kittens love to play with various items in your house.

They can even spend hours playing with a ball of yarn or your kids’ toys. 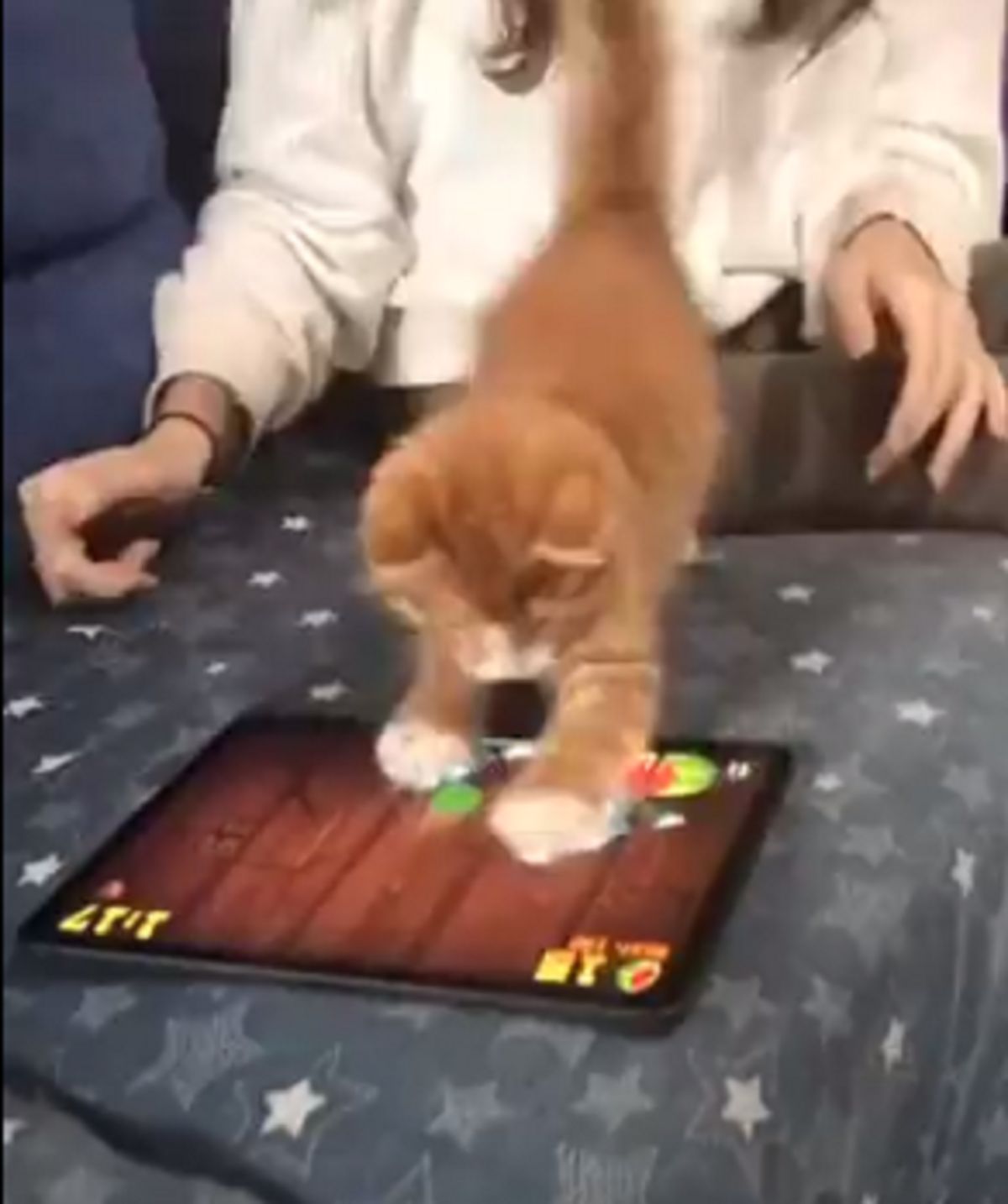 But modern kittens appear to have found a new way of having fun: by using electronic gadgets like human kids, too! Do your pets also do that?

Recently, an adorable kitten went viral for its cute ‘ninja’ moves while playing with a tablet.

The game is actually Fruit Ninja, a popular game that makes fruits fly around on the screen. The goal is to make sure that you slice all the fruits because the game is over if a whole fruit touches the bottom. 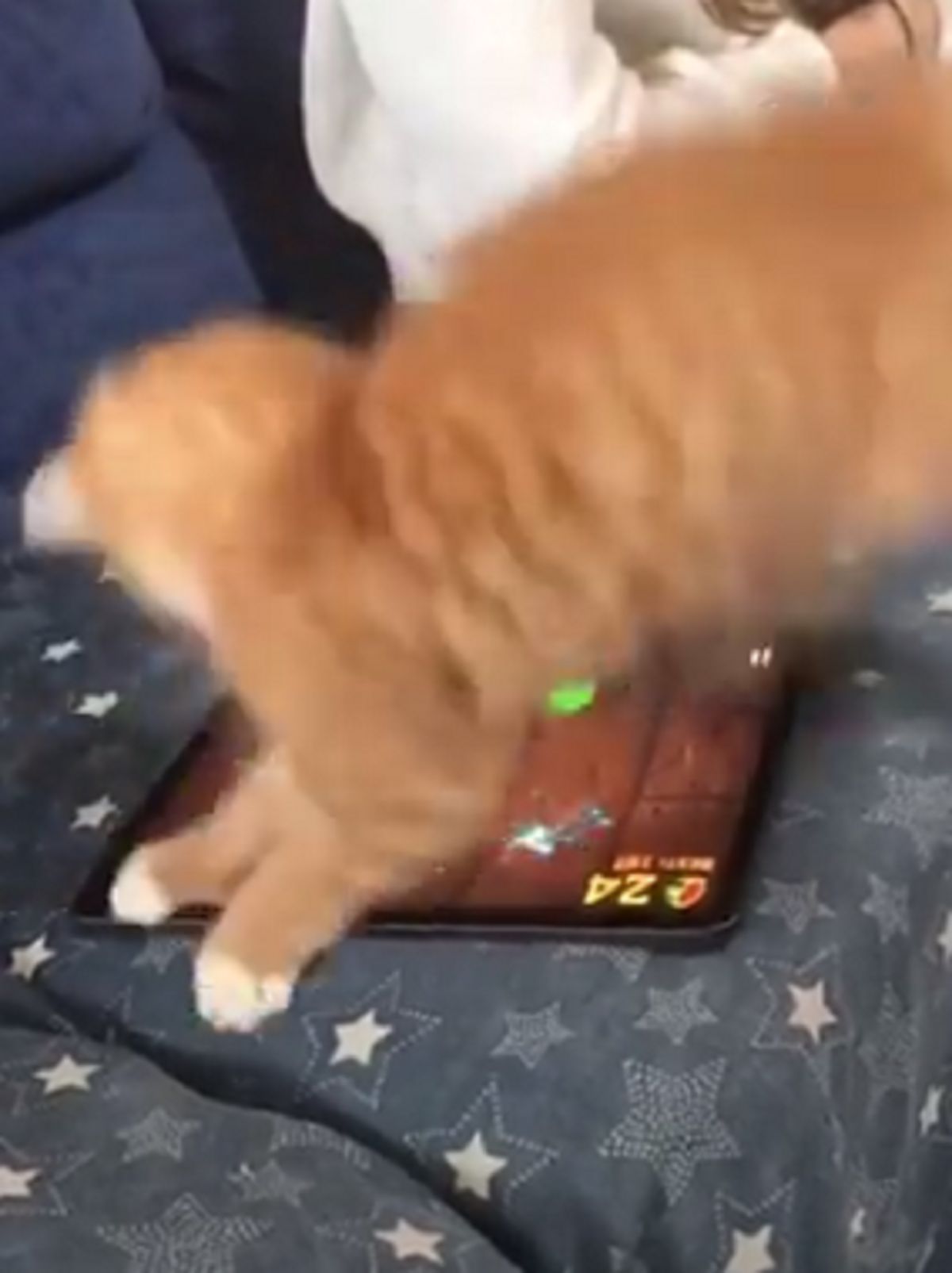 It’s unsure whether the kitten understands this goal, of course, but what’s clear is that it understood enough to try and cut as many fruits as it could on the screen. Smart kitty, huh?

We won’t be surprised if this kitten can actually learn to play other electronic games or use apps, too. 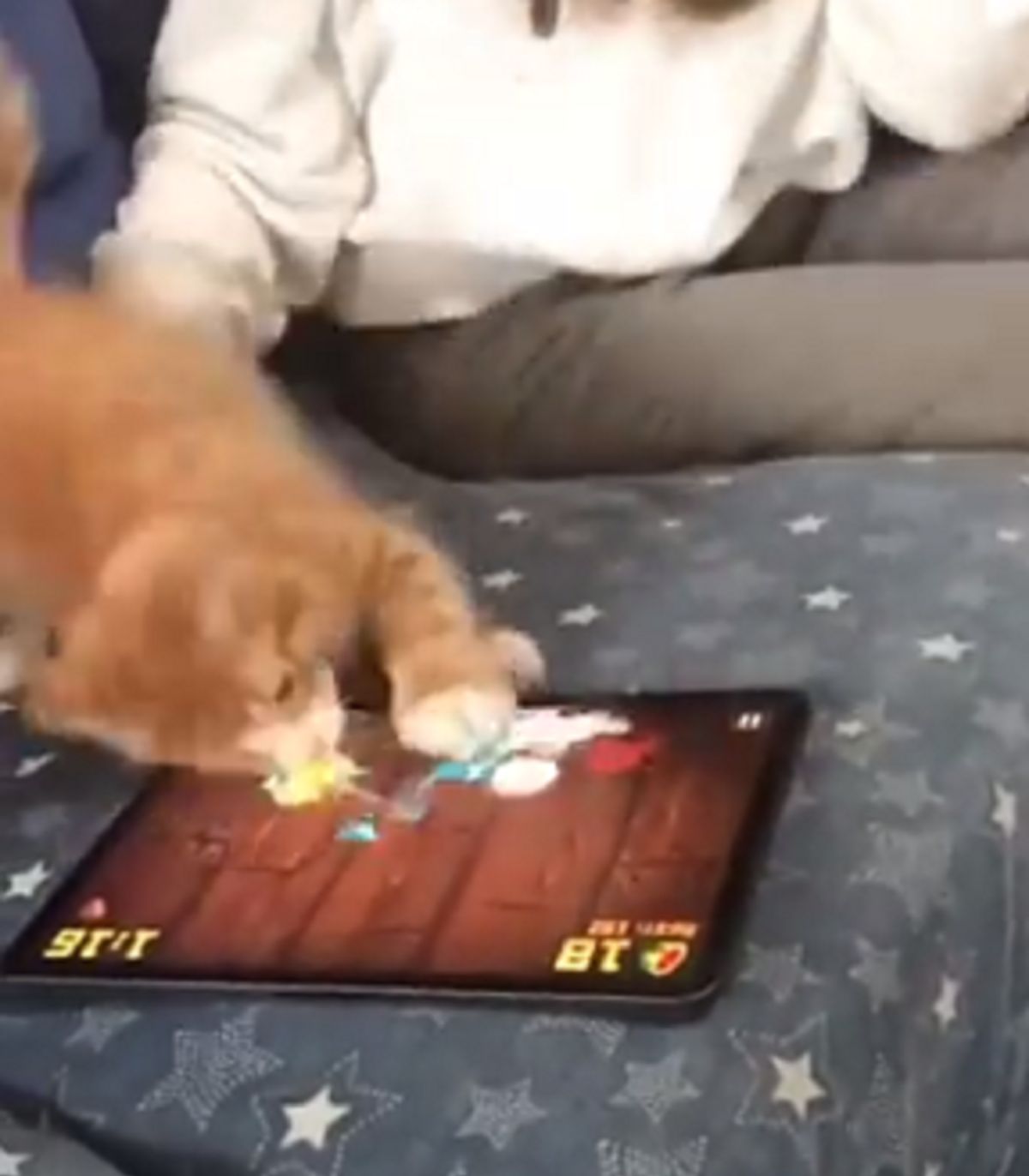 Many netizens found the video cute and hilarious – the latter due to the kitten falling off the couch because it was too engrossed in the game it was playing. LOL

Ninja kitty got a little carried away..🐈🐾🍇🍉😅 pic.twitter.com/vZDwPNwoYF

Apps and Games for Cats

Some app developers recognize that cats can be so smart that they actually made games and app especially for these intelligent creatures!