Michael Collins of Tauranga, New Zealand owns a 9-month-old dog. The pup is massive in size and so he may look a little threatening to most. Despite that, however, a kindhearted mailman always stops by Collins’ place every day to greet his pet.

Taken via a hidden camera, the heartwarming video immediately went viral after Collins posted it on Facebook. 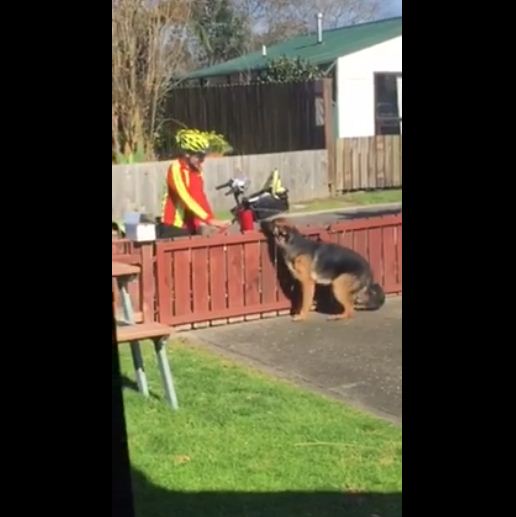 As you will see on the footage below, the unidentified mail carrier makes the effort to play with the pup every single day, whether they have mail or not. So yes, the sweet interaction has been a daily routine for both the mailman and the dog. 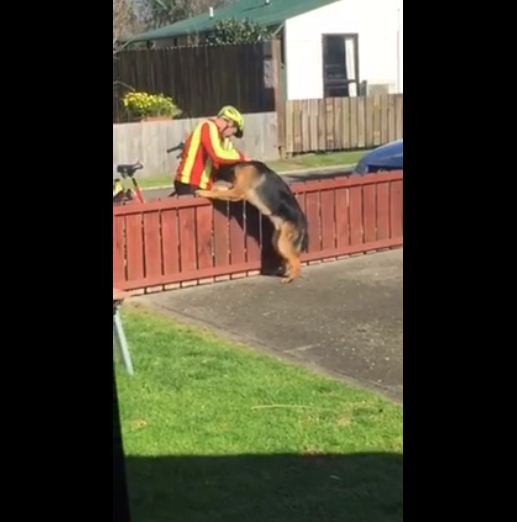 “(My dog) always gets over looked as a dangerous or unapproachable dog — maybe ‘cause he’s big, I am not sure. He doesn’t bark at them or growl (Maybe the odd couple times he barks at people but which dog doesn’t). But this guy here always makes an effort to get off his bike to give him a hug and a pat!”

You will notice in the video that the mail carrier taps on the fence first, signaling the dog to come closer. Clearly, he has done this a lot of times. 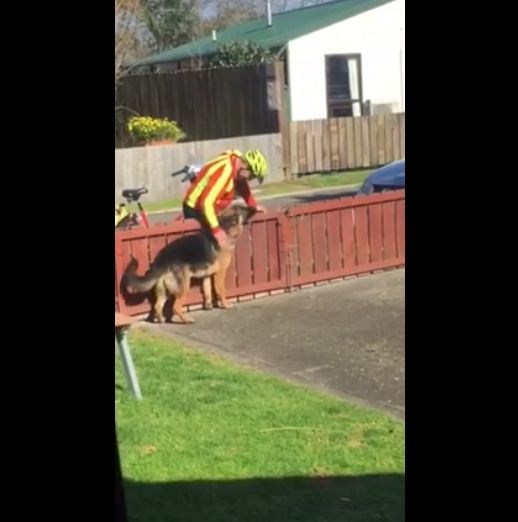 “I’m not sure who to tag on Facebook for him to see this! But thanks, man, keep up the good job and you’ve definitely got a friend waiting for ya,” added Collins.

As of this writing, the video has already received more than 2.7 million views and 12,000 shares.


How Can I Befriend A Dog?

According to the DogNotebook, “there are a number of reasons why a dog might be unfriendly.” For example, these animals may “have become wary of human beings due to poor treatment or a lack of interaction.”

It is, therefore, very important to learn about the dog’s background first. By doing that, you can “tailor your approach to the dog’s personality.” 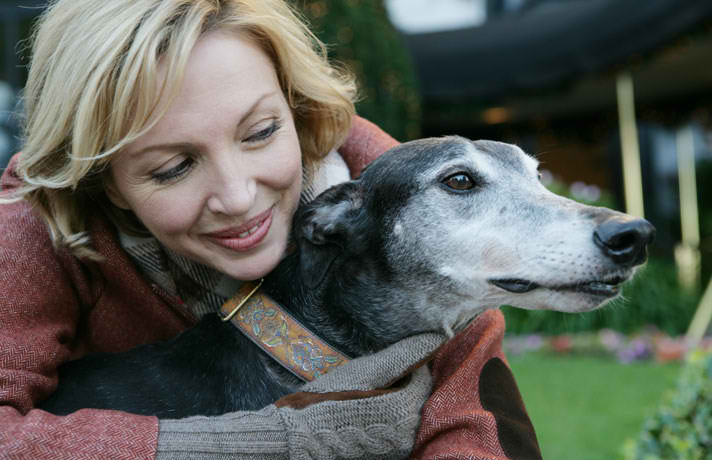 The site further tells us:

“If unfriendliness manifests in running away from people, you can focus on stillness when trying to make friends. It takes careful consideration, but learning as much as you can allows you to fine-tune your approach with the dog.”

Go visit the website to read the rest of the article entitled “12 Steps To Befriend An Unfriendly Dog.”