If you’re one of the fans of 2002 horror flick “The Ring”, then we bet you are excited for the upcoming sequel “Rings” which will be released in February 2017! But if you haven’t seen the first film yet, they we suggest you start watching before the sequel is released.

Now, to drum up publicity for the new film, the producers of “Rings” not only created relevant merchandise but also created an elaborate prank that would soon go viral on social media.

As you probably know, the scary supernatural girl (whose long hair covers her face), Samara, would crawl out of the TV set before killing the curse victims. 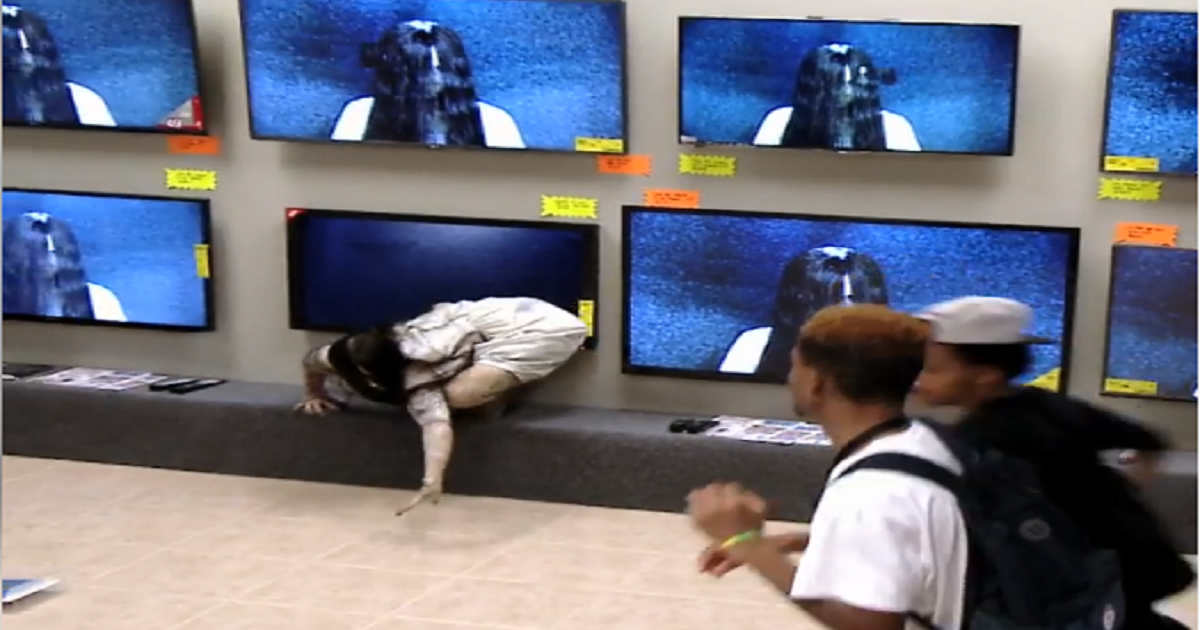 The unsuspecting victims listened to a store associate make a pitch about the TVs in the store while the false TV screen was slid up so the fake Samara could come out. Imagine how surprised (and scared!) the customers were upon seeing her emerge from the TV screen and crawl towards them. LOL.

While many commenters wrote that the would have punched that girl right there and then, we couldn’t really deny the fact that our first instinct would be to run from danger as fast as we can!

You know the rules – First you watch it, then you die. Watch as hidden cameras capture the reactions of unsuspecting customers when Samara comes for them IRL. ???? See #Rings in theaters 2.3.17

Back in 2002, the world screamed as they watched the American supernatural psychological horror film “The Ring” which many would call as one of the scariest horror flicks of all time. It was actually a remake of the 1998 Japanese horror film called “Ring” and would also give rise to other remakes of Japanese films.

It was so popular that the movie ranks among the highest grossing horror films of all time. It was followed by a sequel in 2005 called “The Ring Two” and the upcoming “Rings”.