A 54-year-old woman who worked in the aesthetic industry for years has decided to share the horrible effects of injectible fillers on her face. 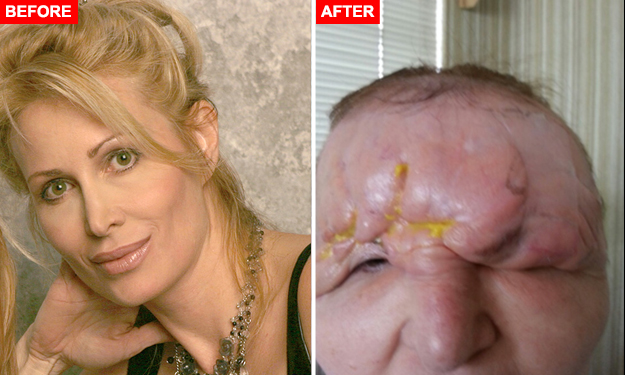 Carol Bryan opened up about her devastating experience to warn women about the dangers of injectible fillers. Her story was published on Women’s Health.

According to Bryan, she started getting Botox when she was in her late 30’s. In 2009, when she was 47, her doctor encouraged her to try new cosmetic fillers. Her procedure involved the use of two different fillers. Silicone, which was one type of filler used, was combined with another filler in the same syringe and injected into parts they shouldn’t have been.

Unfortunately, Bryan had no idea that certain fillers can only be put in specific area. Currently, the Food and Drug administration now has a list of which cosmetic fillers are approved for which body parts. It also listed the risks linked with soft tissue fillers.

“I knew it was safe, but what I didn’t know is that certain fillers are meant only for certain areas,” Bryan recounted.

Three months after the procedure, Bryan was terrified to see the effect of the cosmetic fillers on her face. Although she underwent corrective procedures, these only worsened the damage to her face.

As a result, Bryan cut of all social interactions with her friends and family and hid herself for over three years.

In 2013, her 21-year-old daughter encouraged her to seek help for her condition. She took photos of Bryan and sent it to all teaching hospitals in the country to get help from top doctors.

Dr. Reza Jarrahy, co-director of he UCLA Craniofacial Clinic, offered to help Bryan. With the help of Dr. Brian Boyd and a team of doctors from David Geffen School of Medicine at UCLA, they carried out a series of surgery from 2013 until 2015 to correct her appearance.

“I’m not expecting perfection. I know I will never look as I did, and I accept that. If I can get to the point where I can walk in the world again, and face the world without my glasses, that’s something,” Bryan said.