A mysterious footage of female Chinese employees allegedly forced to kiss their male boss every morning has caused online uproar, but many have labeled it as “fake news”.

In the video, a man, whose age is not clear, can be seen kissing three women one after another. 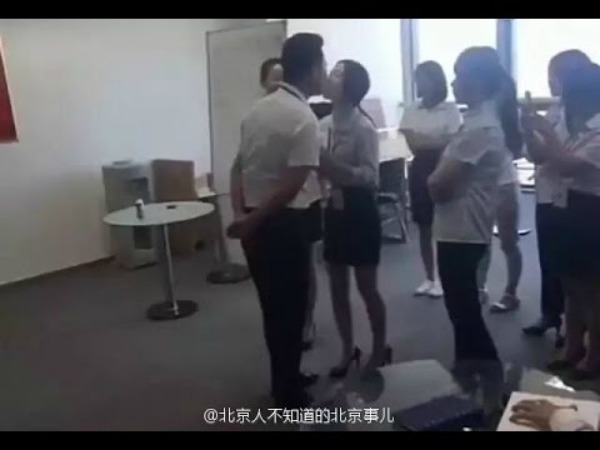 According to reports, the video was reportedly taken at a brewery machine company in Tongzhou District in Beijing, China where a male boss demands his female employees to kiss him on the lips.

Apparently, the boss required his female staff to kiss him every morning in order to “foster good relationships among colleagues”. The female workers allegedly hesitated to comply to his orders but eventually gave in over fears they could lose their jobs.

The boss allegedly adapted the practice from corporate culture in the United States.

After the scandal spread like wildfire, many have labeled it as “fake news” since many staff members of the company claimed that the incident didn’t happen.

Speaking to the New York Times, one female staff of the company, who refused to give her name, said: “It’s fake news. Look yourself [gesturing around her]. Our office doesn’t look anything like the office in the video.”

What is workplace harassment?