Home
News
World News
Woman with No Mask Spits on Guy, Gets Pushed Off the Bus

A woman with no mask spits on a guy and gets pushed off the bus! Netizens are torn over who was right or who was wrong, but though the man appeared to have said something bad to the woman, many think it was nasty of her to spit on him especially with the COVID-19 pandemic still raging on!

Woman with No Mask Spits in Guy 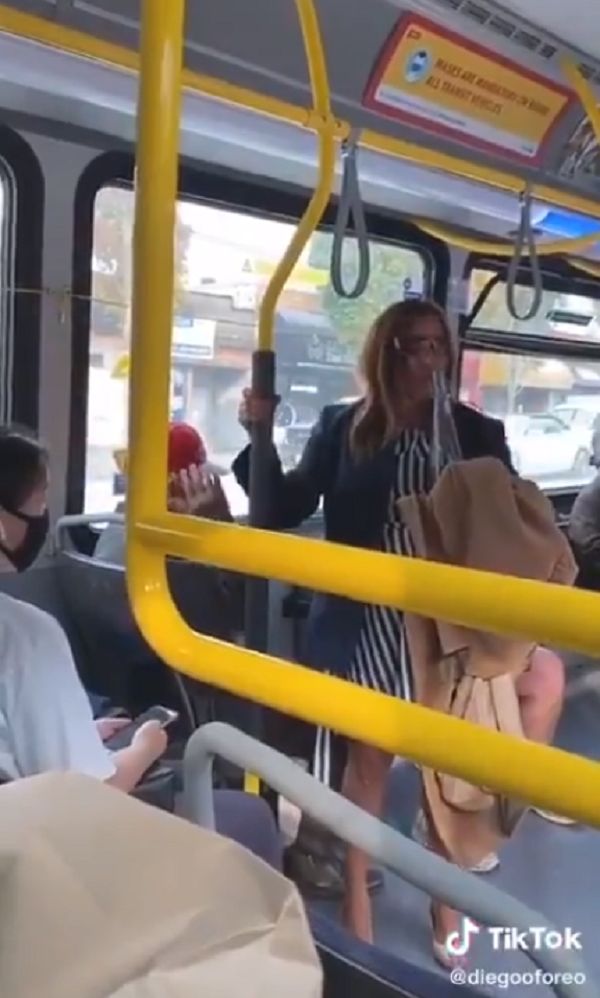 These days, most business establishments, offices, and public transportation require everyone to wear face masks and use alcohol to help stop the rapid spread of the virus that causes COVID-19. With so many people getting sick and even losing their lives, it is understandable that a lot also fear contracting the virus.

Recently, a guy figured in an altercation with a woman not wearing a mask on the bus somewhere in Vancouver, Canada. It is unclear what they were talking about at first, but the fight must have gone on for quite a bit because another passenger was soon filming the incident. 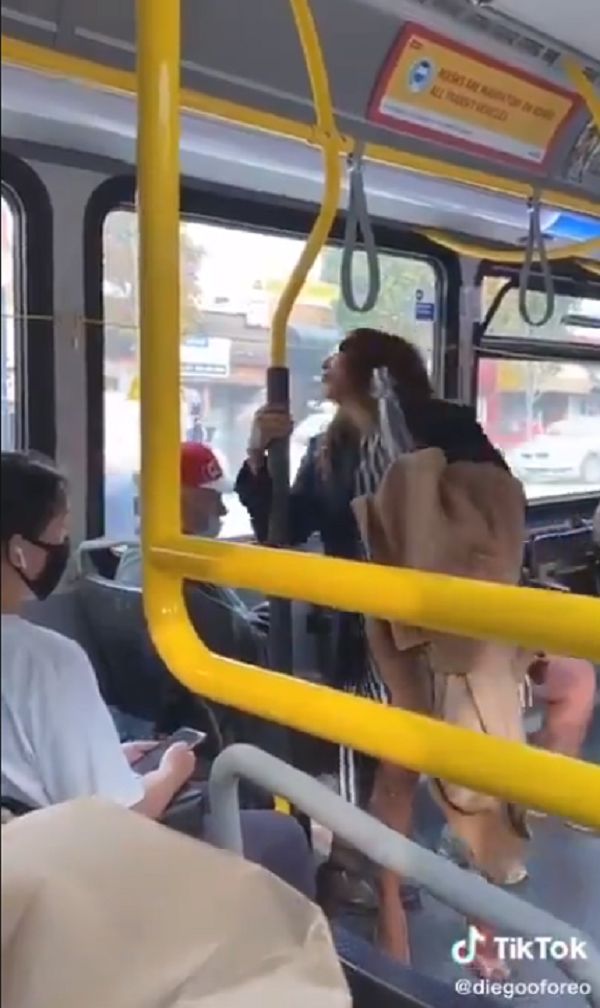 As things got even more heated, the two must have exchanged some really unpleasant words. The conversation was not clear, but the guy appears to have said something that angered the woman even more. Seconds later, she spits on the guy!

The other passengers were shocked to see the guy spring out from his seat to push the woman off the bus. They tried to stop the guy but he was so angry at the woman for spitting on him that he was really so determined to push her until she was out of the bus. 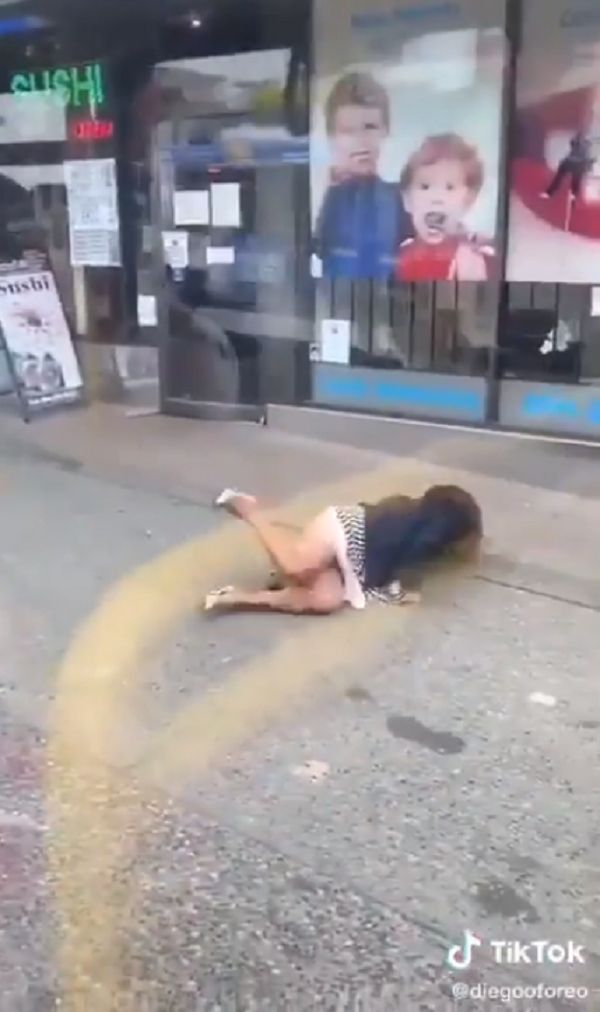 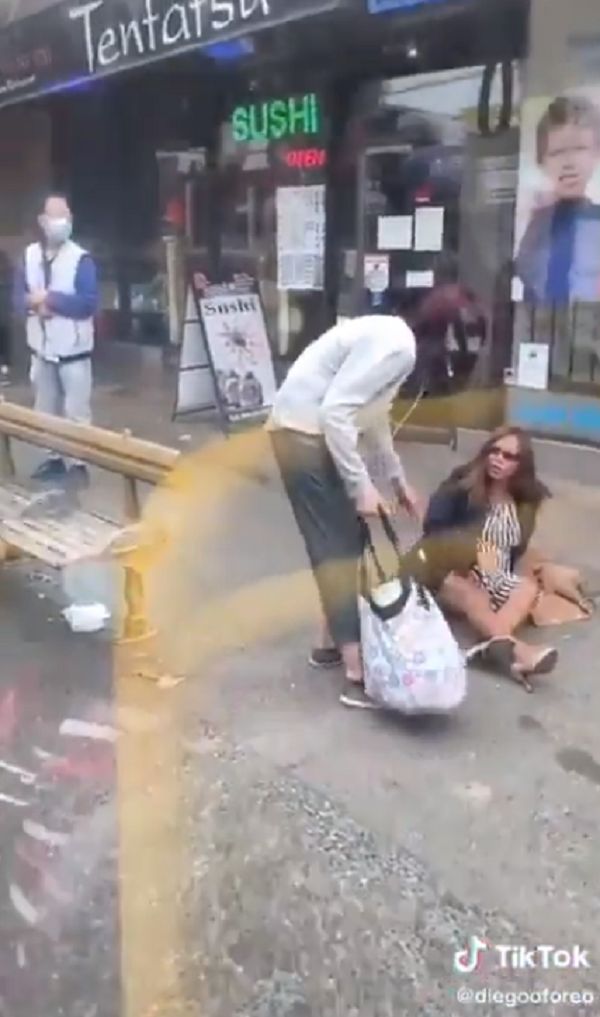 In the video, the woman could be seen on her knees at the sidewalk as the shocked passengers looked on. Another woman got off the bus to help the other one while the guy angrily muttered “She spit on me!” as he wiped his face. 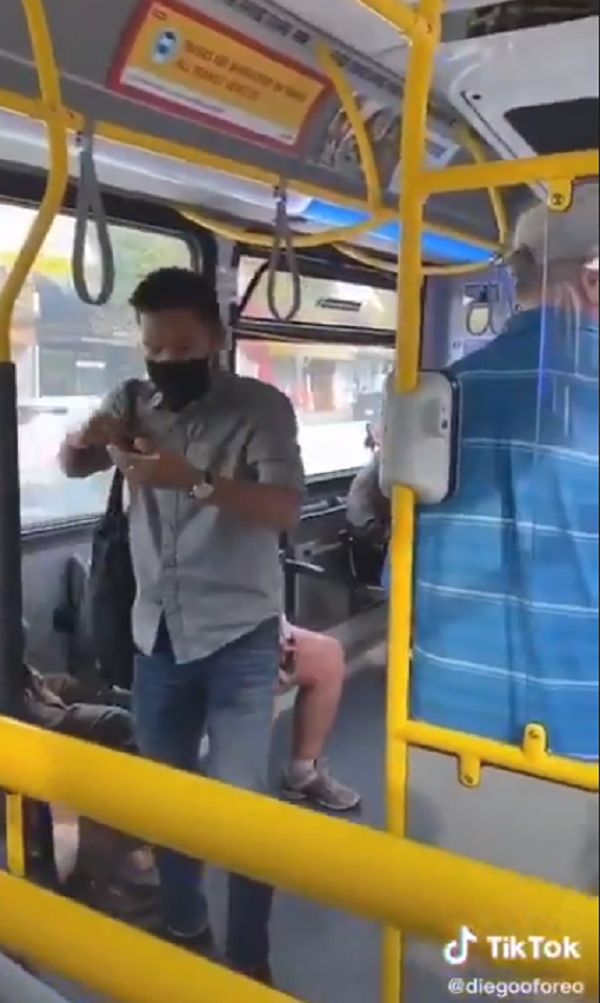 Netizens are divided over the incident, with many saying that a gentleman would never do that to a lady. But others argued that the lady was acting crass and deserved it because she spit on the guy.

Why Wear a Mask?

The issue about wearing masks is something that is debated in many parts of the world, particularly in the US where many people believe that the government is simply forcing them to do something against their will. These people think that wearing masks is unnecessary because the COVID-19 pandemic is simply part of a conspiracy or some fake news to scare people.

But scientists insist that people should wear a mask because 1) COVID-19 is real and 2) wearing masks helps prevent the spread of the virus.

Share this:
Tags:covid crisis, mask, wear mask in public, woman with no mask