This week, netizens were angered by the recent ‘tanim bala’ incident at the Ninoy Aquino International Airport (NAIA), especially because such incidents were often linked to the previous administration, that of Ninoy Aquino’s son, former President Benigno “Noynoy” Aquino III.

Even before President Rodrigo Duterte took office, he vowed to make the ‘tanim bala’ perpetrators eat the bullets they ‘planted’ in the passengers’ luggage!

After this warning, the incidents of bullets found inside passengers’ luggage has certainly gone down and if there were any found, these no longer resulted in the passengers missing their flight because they were no longer detained. Instead, they were just asked to sign a logbook and ‘surrender’ the bullet found in their luggage; then, they were allowed to go. 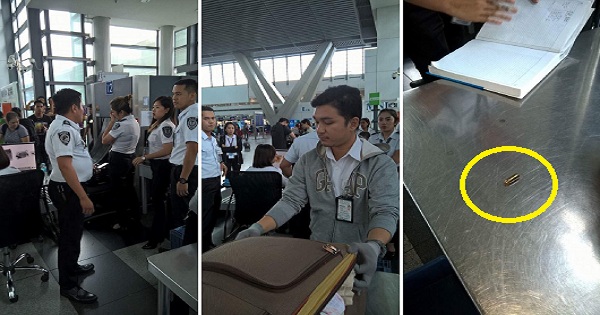 But the recent incident with Kristine Bumanglag-Moran last June 15 seemed to show that the ‘tanim bala’ modus operandi was far from over! This has angered netizens who called for the Malacañang Palace to look into the matter.

A lot of netizens expressed excitement over the issue, saying they are expecting to see a video of someone or some people from NAIA who will be eating a bullet.

Today, MIAA and the Department of Transportation (DOTr) released a joint statement, announcing the release of the investigation results.

Based on the investigation, it was revealed that Bumanglag-Moran, her mother, and her daughter passed without questions through the initial security screening at Gate 2. But her brown bag was searched after the x-ray operator saw what looked like ammunition inside.

The statement stressed out that at this point, the bag was still wrapped in plastic. 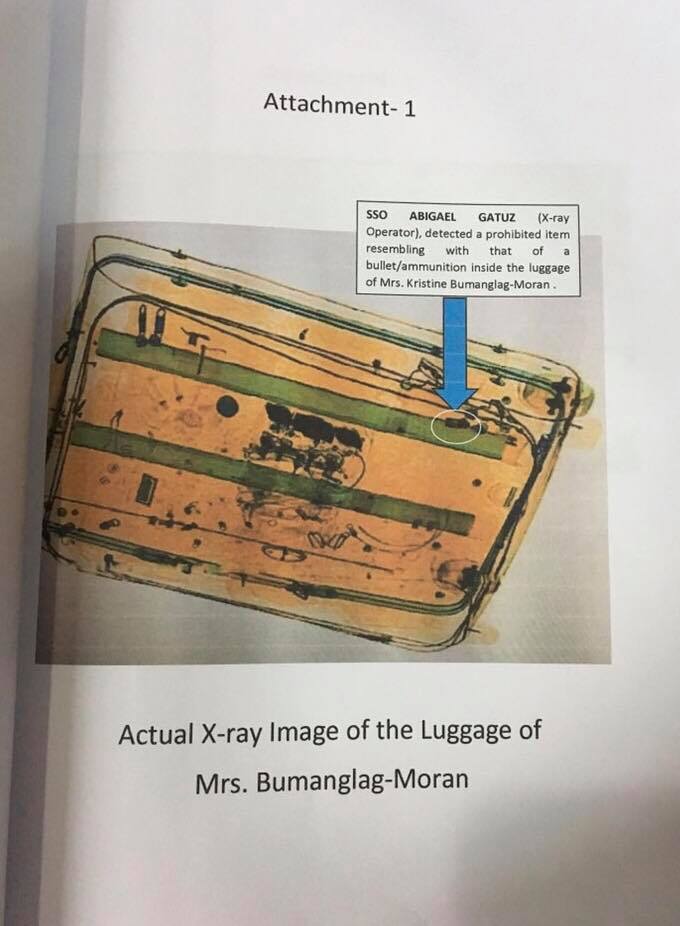 A baggage inspector and a police personnel were asked to assist the operator in inspecting the bag. Pictures were also taken for evidence and documentation. A screening personnel also took a video.

After Bumanglag-Moran took the plastic wrapper, the bullet was later found inside the bag. It was live ammunition for caliber 9mm.

Although they were assured that they are free to go after signing the logbook, Bumanglag-Moran created a scene which she also admitted in her Facebook post.

“The DOTr-MIAA firmly maintains that there was no irregularity on the actions of screening personnel, who simply strictly followed standard operating procedures,” the statement read.

They also added that background research showed that Bumanglag-Moran’s father is a retired Marine while his brother is in the Philippine National Police (PNP); however, the statement did not expound on this connection.

“We ask the public to refrain from making assumptions as investigations are being conducted. Let us also bear in mind that there are airport personnel —- hard working Filipino workers like the rest of us —- whose livelihood, name, and dignity are put to question because of unfair allegations,” the statement ended.