Ashlee Hutt, 24, and Leroy Mclver, 25, were arrested in Washington State for allegedly giving their kids heroin, something that they told the kids was “sleeping juice” and what they also call as “feel good medicine”.

Cops arrived at the house after a neighbor called Child Protective Services (CPS), reporting that she saw Hutt injecting something to the kids.

When the police arrived, they were shocked to find the unkempt home filled with rat droppings, drug needles, and heroin. There were also three kids in the house, ages 6, 4, and 2.

The initial medical investigation revealed that the kids had puncture marks and bruises consistent with that of frequent needle injections. Further tests revealed that the two kids were confirmed to have traces of heroin in their bodies; although one tested negative but police believe that the child only had very low levels of heroin in the system that it was below the threshold limit. 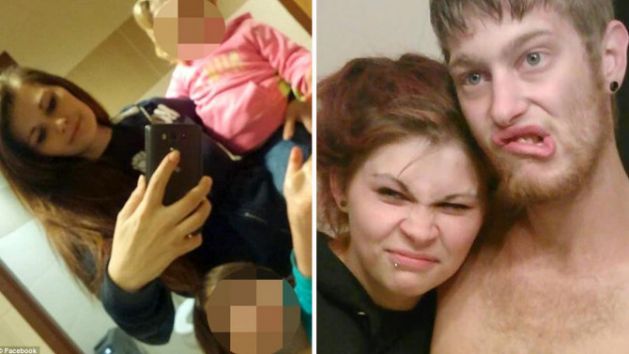 What shocked the cops even more was that the kids all freely talked about the “sleeping juice” their parents give them regularly – to all of them!

Pierce County Sheriff’s Department spokesman Detective Ed Troyer told reporters, “Some of the statements [the children] made were very disturbing about how they would get sleeping juice to go to sleep and it was injected into them by needle.”

The couple’s 6-year-old boy was certain that his parents would mix white powder with water to make the juice which is then injected into him and his sisters. The police are mum whether the kids described how they felt after they were given the “sleeping juice”.

The parents admitted to being heroin users but denied that they were injecting the kids with the drug. Still, the police found probable cause to charge both with “three counts of unlawful delivery of a controlled substance to a minor, second-degree criminal mistreatment and second-degree child assault”, reports Yahoo! News.

Heroin is a type of controlled substance used for its euphoric effects. It actually has medical applications as pain medication but because it is addictive, doctors often exhaust all efforts before resorting to prescribing this drug to their patients.