A woman from Elizabethtown, Pennsylvania, was able to create a stylish rainbow dress out of 10,000 candy wrappers which she saved in over 5 years! Isn’t that amazing?

Emily Seilhamer loves Starburst candy – and her now husband used to give her bags of this candy. In fact, he had offered her a pack of Starburst when they first met. The candy would soon become a huge part of their lives that Emily realized she could do something about it by collecting the wrappers and making a dress.

But one can only eat a limited amount of candy, no matter how much you love it. So, it took Emily over 5 years to collect enough to actually create the dress. But they made it a point to buy the candy – and it was often Malachi, her then boyfriend, who would eat the sweets while she collected the wrappers. 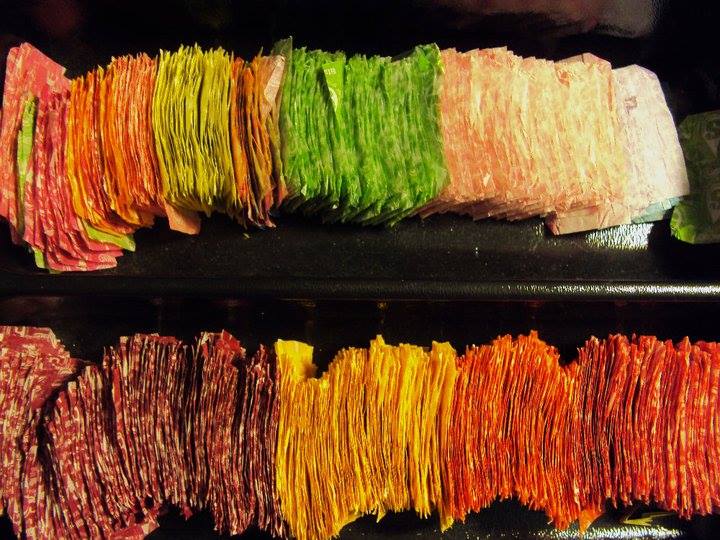 Since she had to make the wrappers last long, she made sure to clean them out, ironed the material, and sorted these according to colors.

As a student, she spent hours ironing and folding these small pieces of candy wrappers to create material for her dream dress while studying her lessons or watching TV. Emily claimed that she found it therapeutic. 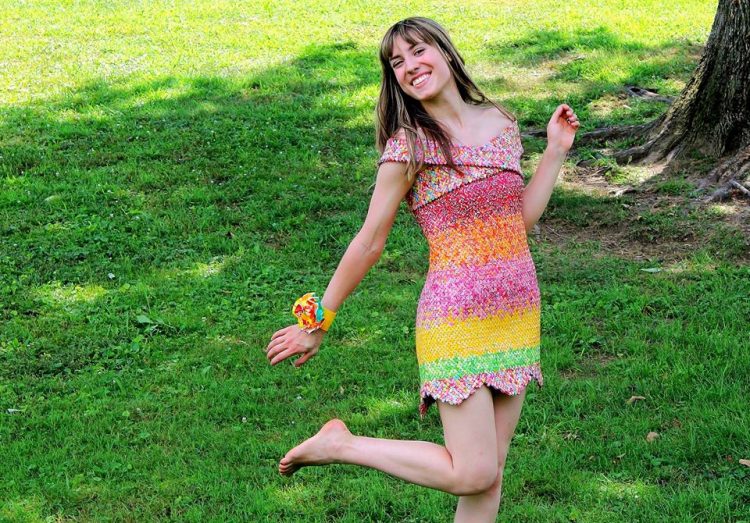 The process was so tedious and meticulous. After all, one row needs about 300 wrappers just to wrap around her body.

“Because it took so long, the Starburst company kept discontinuing some of the colors I was using, so I had to revise the design a couple times. But that’s OK. I actually like this design better,” 24-year-old Emily said. 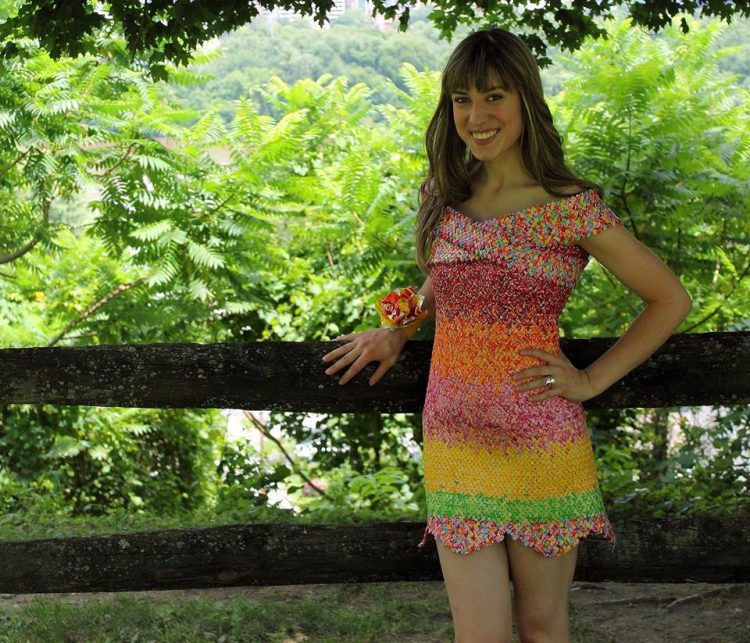 As fate would have it, Malachi proposed to her shortly after she finished the dress. Feeling that Starburst had been a part of their love story, Emily decided to wear the dress during their wedding reception.