Home
Lifestyle
This Guy Returns Wallet He Found with Php30k, Gets 3x Bonus at Work as Good Karma

If you find something that does not belong to you, you can always choose to keep it in what many would claim as theirs under the “Finders, keepers” rule but being honest and returning this item or finding the rightful owner is still the best route. Though you might ‘lose’ the item you found (but it wasn’t even yours to begin with!), good karma can easily step in and give you the best reward…

This is what happened to Alvin Balbon, an elementary school teacher in Dumaguete City, Negros Oriental.

Last June 5, Balbon picked up a wallet that contained Php30k inside. It was certainly a huge amount of money and he admits to feeling a little bit tempted to keep it – honestly, who wouldn’t feel the same way, eh?

But he knew the money wasn’t his and that someone was surely distraught over the loss; thus, he posted about the lost item at a local Facebook marketplace group, known as “Bid for Me”. He instructed the owner to send him a private message but if he couldn’t find the owner at the group, he plans to turn over the wallet to the Dumaguete Police Station. 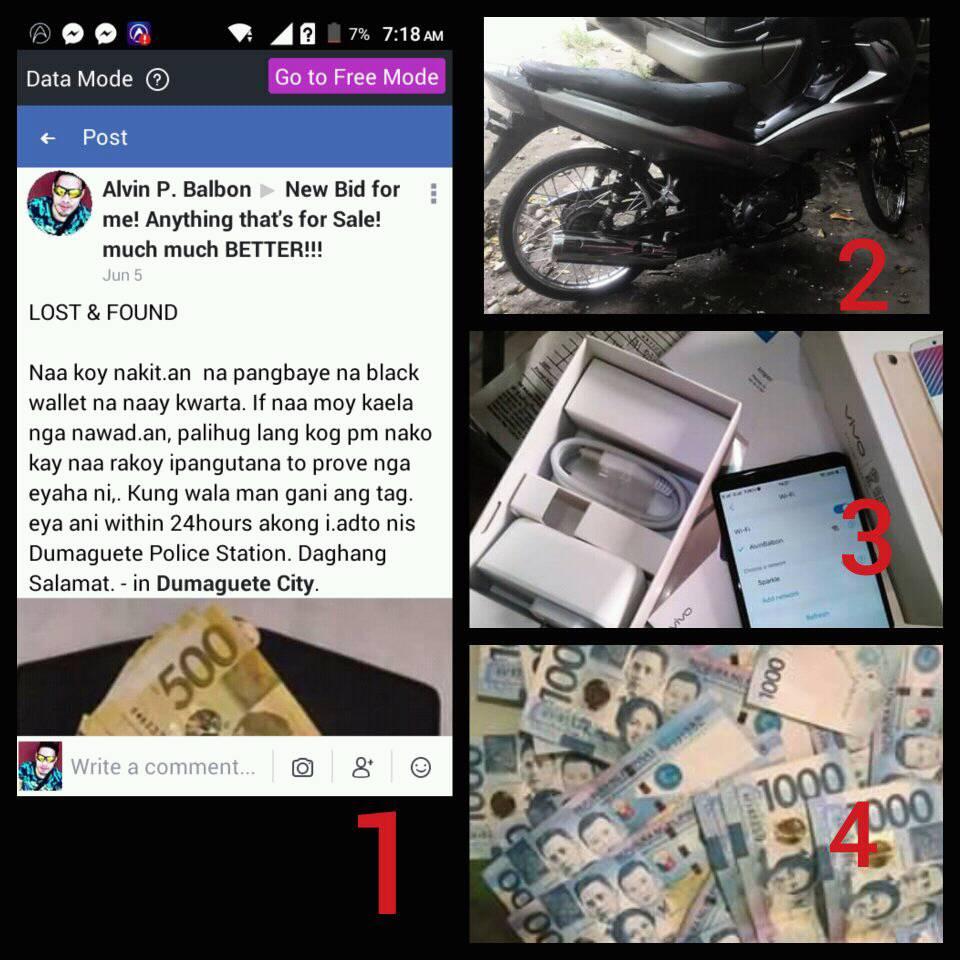 Four days later, the owner was able to retrieve the wallet and the money, intact. According to Balbon, the owner was very happy and thankful to get the money back, saying it was for tuition fee.

He was only going the right thing and did not expect anything back — but there’s this thing called ‘good karma’.

The following day, Balbon unexpectedly received a cash bonus from a sideline work that was 3 times the amount he found in that wallet he returned!

With this bonus, he was able to buy the things he had longed for in the past (a motorcycle and a brand new phone) and still had some money left to buy other things he needed. That was certainly awesome karma for what he did, right?

Feeling ecstatic over the good fortune and the good karma, Balbon shared his story on social media in hopes of inspiring others to be honest and to do the right thing, not expecting anything in return — and just let the universe do its thing at providing you good karma…