A woman shames a Starbucks employee online, but now wants part of the $100k GoFundMe he got from netizens! Tsk. Tsk.

Amid the COVID-19 crisis, there are plenty of restrictions imposed by the government to ensure that the virus will not spread. Measures like social distancing and wearing masks have become mandatory, especially in places that have high foot traffic, including restaurants and food outlets.

The Starbucks outlet in Genesee Avenue, San Diego in California, USA, was no different. The management follows government orders. Customers will only be served it they wear a mask and follow safety protocols like social distancing. 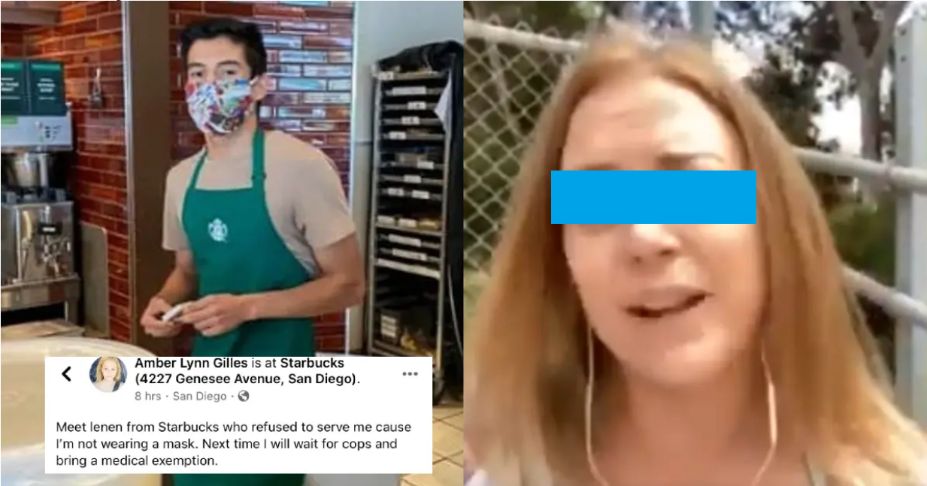 The rule did not sit well with Amber Lynn Gilles who was angry that a Starbucks employee refused to serve her because she was not wearing a mask.

Starbucks barista Lenin Gutierrez got verbally scolded by Amber but he repeatedly took a stand and refused to serve her unless she wore a mask. Amber told Lenin that he would pay for what he did to her and that she would make sure he loses his job! But Lenin remained steadfast; he knew that he was in the right.

Amber shouted at him and called him ‘sheep’, but the young barista remained calm and collected. He was simply doing his job and following protocols. 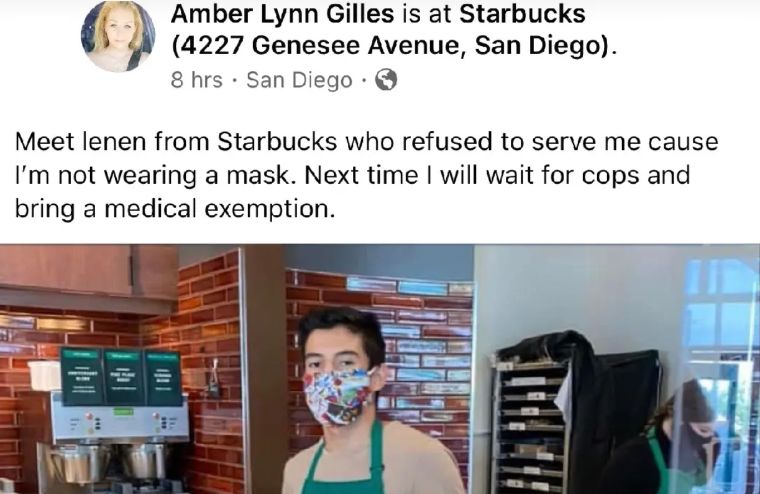 Angry that her tantrum didn’t work, Amber snapped a photo of Lenin to share on social media. She wanted to shame him and get him fired, but it massively backfired. Instead of Lenin receiving angry remarks from netizens, he got praise for not bowing to Amber’s childish wrath.

Someone also started a GoFundMe campaign. Soon, “Tips For Lenin” would grow so big that it would receive over $100k! Wow.

Justifying that Lenin would never get the $100k if not for her post, Amber now wants to get half of the money donated by netizens! If Lenin doesn’t hand over the money, she plans to sue him and GoFundMe managers for defamation. Hmmmm.

“I never threatened him.” Hear from woman who was denied service at a Clairemont Starbucks for refusing to wear a mask. She publically shamed the barista. A Go Fund Me Page on his behalf is now over $22,000. She says she’s getting death threats. #nbc7 & https://t.co/ylvk5rP6Vf pic.twitter.com/gCREw0LR5V

Netizens are now angrier at her, saying this is a frivolous claim. After all, Lenin could sue her first for posting his photos in a bid to shame him and get him fired from his job!