One netizen spotted an old man selling balloons and the story went viral after she revealed that this balloon vendor was sick but was forced to continue working due to poverty, so he could provide for his two disabled kids and the rest of his family.

Rogelen Legson narrated that she was crossing the street towards a mall with a friend when they noticed the balloon vendor taking a small portion of bread from a plastic bag. Seeing that the food was too small for a grownup man to eat, Rogelen took pity on him and decided to buy him some food.

The two bought cupcakes and some water for the old man, also giving him Php20 ($0.40) and buying some balloons so he wouldn’t feel that they were giving him alms like a beggar. 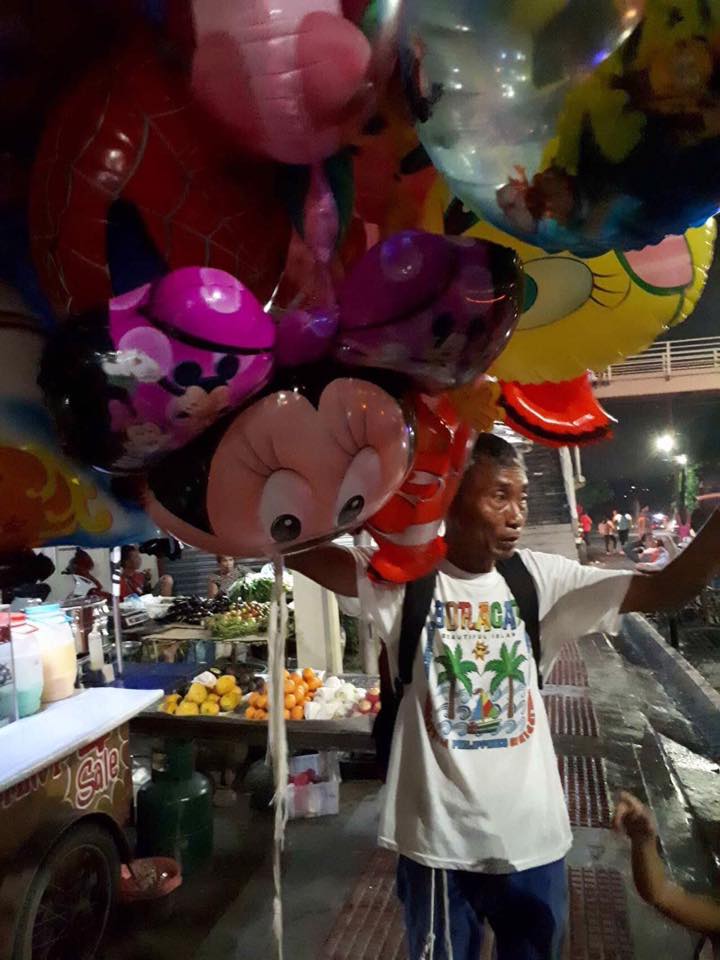 Making small talk, they learned that the 63-year-old vendor is Rodel Clariño, Sr. who hails from the squatters’ area at Muzon SJDM, Bulacan. He has five children, the eldest of whom is still in Grade 11. With his wife having no work for some reason, he had to work extra hard to find money for the family.

Despite being diagnosed with a problem in his gallbladder and given just 1 year to live, Tatay Rodel was forced to continue working so he can feed his family. Every single day, he sells balloons from 9AM to 9PM, making sure to get out only after he had breakfast so he wouldn’t have to buy food outside.

Most of the time, he would only drink water to last him the entire day and have dinner at home; although he would sometimes buy bread like he did that day and just eat small portions throughout the day. 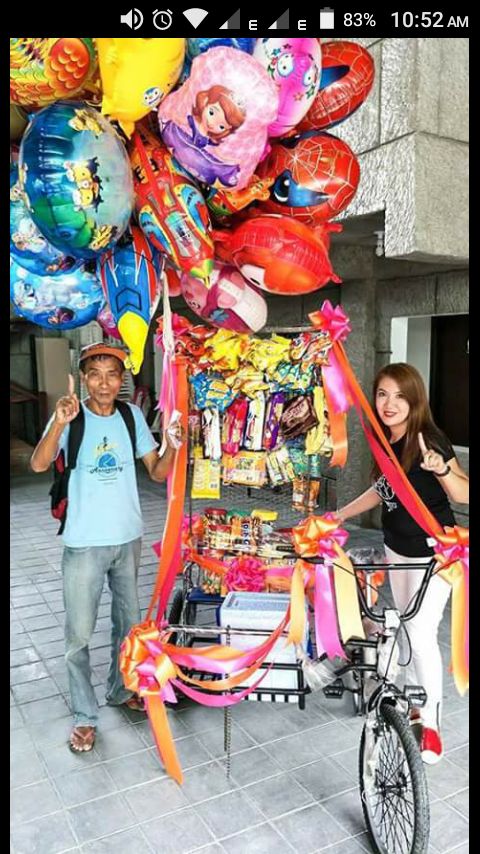 Touched by his plight but with very money to give him, Rogelen took photos of Tatay Rodel to share on Facebook so that he and his family will find help from netizens if the story goes viral.

As posted in the comments section by netizen Jun Sanz, it seems that Tatay Rodel did receive some help from kindhearted netizens.