A woman leaves her dog at the groomer, receives dog with hilarious haircut that got her laughing so hard! She thought about sharing the photos – and these actually went viral, with netizens laughing along with the pet owner.

But why wasn’t she furious that the dog ended up with this crazy haircut?

After learning that Petsmart, a local groomer in Camden, New Jersey, finally opened after months of being closed due to COVID-19, Lisa Torres brought her dog to get a haircut.

Cheddar badly needed the haircut because his fur is simply so long now and sometimes he gets trouble seeing out because the fur is already covering his face. So, Lisa brought him to Petsmart. 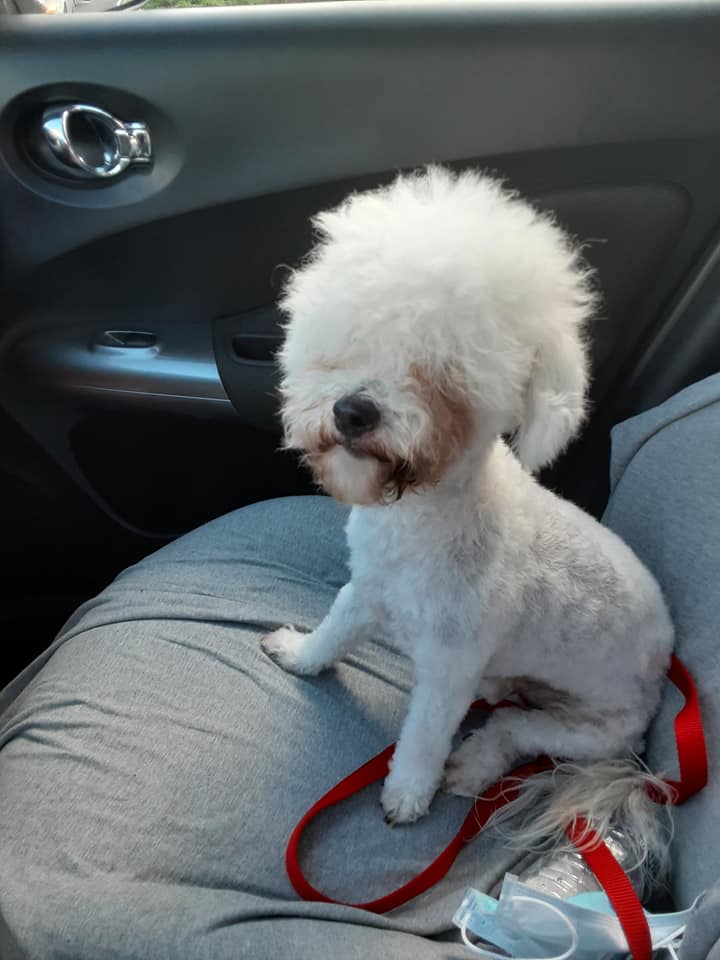 Some minutes later, however, Lisa got a call from the groomer to pick up her dog. She was surprised that the haircut was finished so quickly, but Lisa would soon be in fits of laughter after seeing Cheddar with a lion’s mane and rather gruff look on his face.

The haircut didn’t go as planned. It turned out that the dog nipped at the groomer twice – and the woman just gave up because she’s too scared that Cheddar would actually bite her as she worked on his face! So, this left Cheddar with a mane that made him look like a white lion, if ever there was one.

“Now I have to walk around with this dude looking crazy. I swear when i say i had tears in my eyes and stomach pains from laughing so hard. I couldn’t even leave the parking lot for a good 10 minutes because I had to get myself together. 🤣🤣🤣 I’m about to give this dude up for adoption. Lol,” Lisa wrote.

Not all dogs require grooming but those that have long fur need more attention, especially because long fur could get matted if not trimmed for a long time. You can groom your own dog but there are also places that offer professional grooming.

Some owners also have their dogs groomed for competition on best looking dogs.