They share 4 arms and 2 legs, with each twin having control of 1 leg each, but conjoined twins Pin and Pan do not let that deter them from getting on with their life and doing things that other kids do, including playing and going to school!

The remarkable twins are joined at the waist but though each controls her own upper part of the body, they control one leg each. While that might sound fair, it actually makes it harder for them to move because they always have to coordinate their legs properly so they wouldn’t tumble over.

Still, the twins who hail from Thailand are making the most of their childhood, including going to the playground to have fun with the other kids and heading off to school, even if it meant crab-walking across places using their hands and feet to walk. 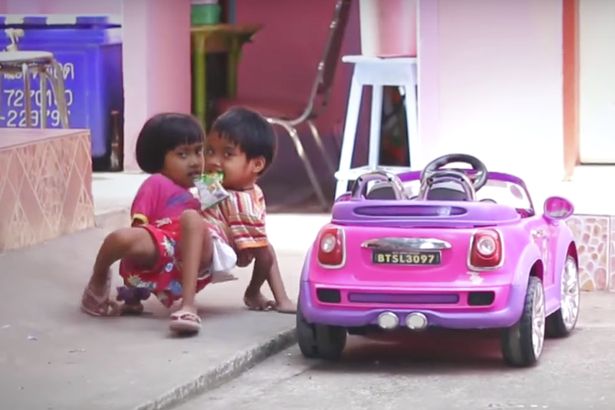 Thankfully, the other kids help make sure that Pin and Pan are comfortable and that they could easily pass them, especially on places that are difficult for the twins to navigate such as stairs.

Not everything is easy for these determined twins, however, because things like going to the bathroom could be a nightmare – and such actually brings them a lot of pain.

Doctors and charity Bright Volunteers are now trying to find a way to alleviate their condition and looking into the possibility that they could still be separated despite being connected this way.

In the past, conjoined twins were commonly referred to as “Siamese” twins due to the famous duo, Chang and Eng Bunker, entertainers who came from Siam (now Thailand).

The two do not actually share the same organs but their livers are fused; in modern times, surgery for their separation would have been considered easy yet they lived in the 1800s when such a medical procedure was difficult to achieve.

Amazingly, they married two sisters and had 21 children between them. At first, their families lived in the same household but when the sisters had a falling out later on, they built separate homes for their wives, spending time alternately with their families. 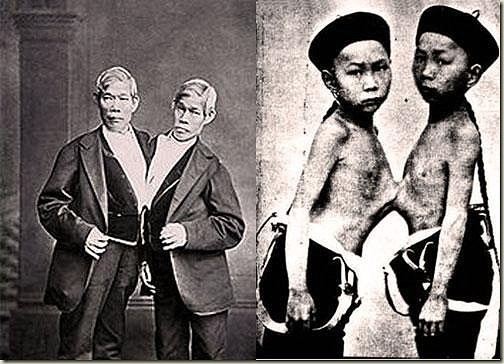 As they got older, Chang became an alcoholic but though this did not physically affect Eng who remained in good health, the latter died mere hours after his twin despite a doctor being summoned to try an emergency separation.

It was widely believed that Eng died of shock and fear of his impending death but the actual reason for his death remains a mystery (because he was perfectly healthy), despite the autopsy revealing that he died of a cerebral blood clot.

The twins passed away at age 62.