When a model’s advertisement becomes widely circulated, it’s pretty safe to assume that it would launch him or her to stardom and eventually pave way for other projects.

Apparently, this was not the case for Heidi Yeh, a Taiwanese model who claimed her career was destroyed by a popular ad for a cosmetic clinic.

The ad in the center of controversy features Yeh and a handsome male model depicted as a lovely married couple with ugly kids. The faces of the kids in the ad were altered to promote cosmetic surgery services offered by Simple Beauty Clinic. 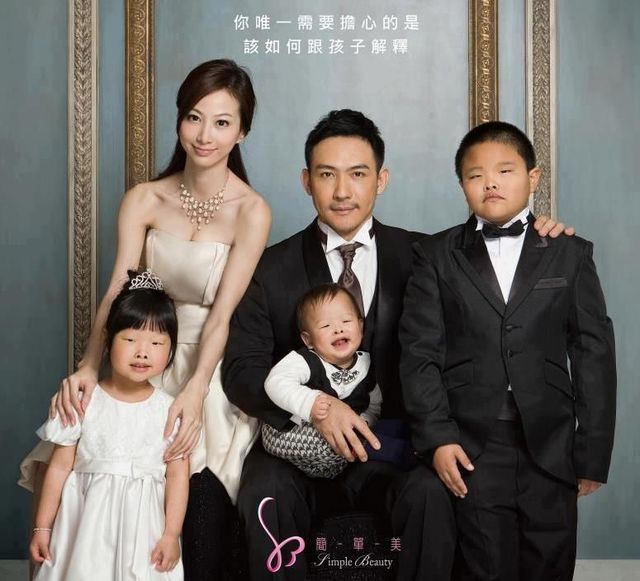 With the tagline “The only thing you’ll ever have to worry about is how to tell the kids.”, the ad quickly went viral not only in Taiwan but across the world. As a result, other cosmetic clinics also used the sensational ad.

Meanwhile, tabloid Heilongjiang capitalised on the popularity of the ad and began fabricating a story claiming that Yeh underwent extensive cosmetic operations to trick the attractive man in marrying her. While Yeh successfully won the heart of the good-looking man, he eventually divorced her after the looks of their children revealed her true colors.

The fake stories generated from the ad caused Yeh to lose job offers.

Last week, the devastated model revealed her ordeal in a press conference with the Taipei Press. According to Yeh, she is suing J. Walter Thompson (JWT) talent agency and the cosmetic clinic for $155,000 or 5 million NTD. 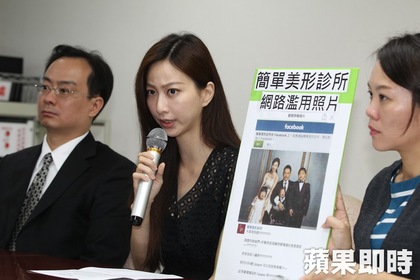 Since her contract with JWT states that the photo would only be used in print, Yeh is filing a case against the two companies.

Meanwhile, JWT pointed out that the contract gives them absolute copyright to the photo with the understanding that the photo could be edited based on the company’s preference.  They will also be filing a countersuit against Yeh.

According to WebMD, the most common cosmetic procedures are liposuction, eyelid surgery, nose jobs, breast implants, Botox injections as well as facelifts.