As if sensing that there is a baby growing inside owner Liel Ainmar Assayag’s belly, adopted cat Panda would cuddle on top throughout the pregnancy.

Liel, amused at the cat’s antics, took photos of the adopted cat lying on her belly but the photos would soon explode on the net after she gave birth to her son Sean – and the cat continues the daily routine but this time on top of Sean, instead of Liel’s belly. 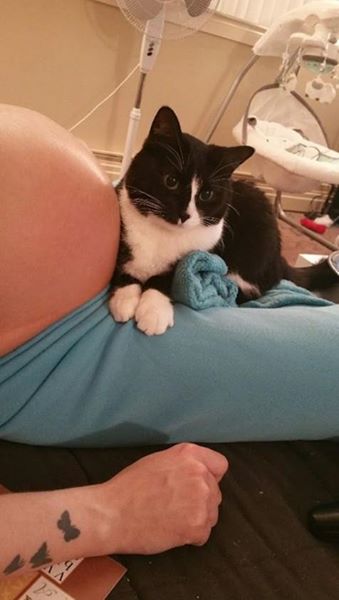 The family who hails from Alberta, Canada, actually has 3 cats but it was only Panda who was interested in cuddling with the pregnant owner. Perhaps, the cat feels that a little baby brother is on his way.

Panda is surely going to be Sean’s first best friend! Not only does she loves cuddling with Sean, she also guards his crib when he’s not there and would also take the time to inform Liel each time Sean is crying in the night. 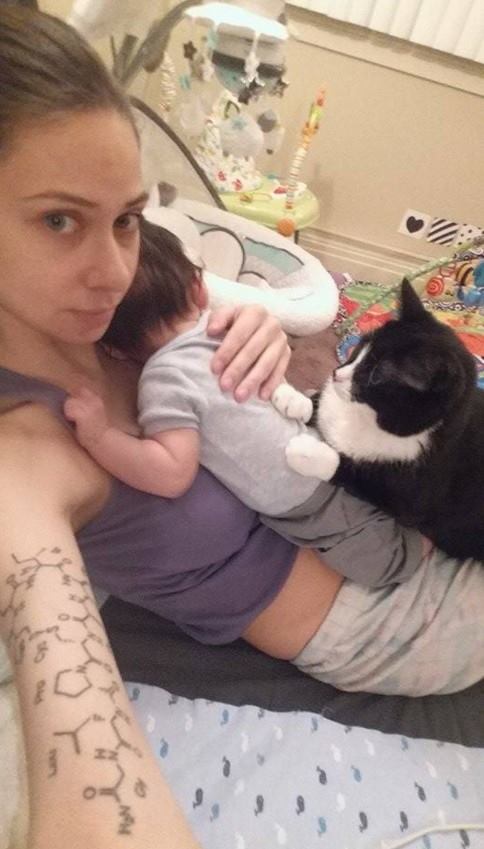 She didn’t always do that when the baby first arrived at home – and all 3 pets wouldn’t actually go near Sean but they gradually warmed up to him but Panda was the first to do it and she’s now the boy’s self-appointed guardian.

With their very sharp nails, cats might not be the most ideal pets for families with babies but if the cats have good temperament and are house trained, there is no reason why couples should give away their cats once they have kids in the house.

As the kids are growing up, however, it is important to teach them not to pull the cat’s tail, kick the cat, or put their hands/feet inside the cat’s mouth. Moreover, it is very important that kids do not play with the cat’s litter box.