The viral video below shows us a tender courtroom moment where Amber Wolf, a kindhearted judge from Kentucky, decided to go against approved court procedure and permitted an inmate to finally meet his 1-month-old son for the first time.

As you can probably guess, the scene turned out to be a very emotional one.

Husband and wife James Roeder and Ashley Roeder have both been charged as co-defendants in a burglary case. This means they have been ordered by the court to not have any communication with each other. During the time, Ashley was pregnant and eventually gave birth to their child – who is now 1-month old.

Judge Wolf was about to conclude James’ hearing and begin with Ashley’s when she took it to herself to ask her if she would like to introduce the infant to his father. 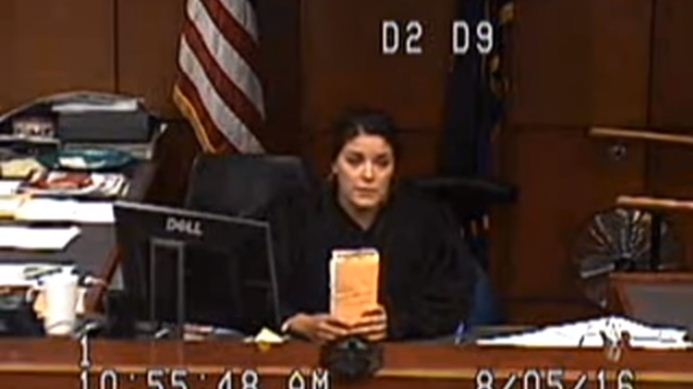 In an interview with WDRB, Wolf said:

“I saw her try to hold the baby up when he came out for his case to be called with his attorney. And I thought that he hadn’t seen that. And it occurred to me after we finished this case that he had not met his baby — who was 30 days old — and that he was not going to get an opportunity to meet his baby anytime in the near future.” 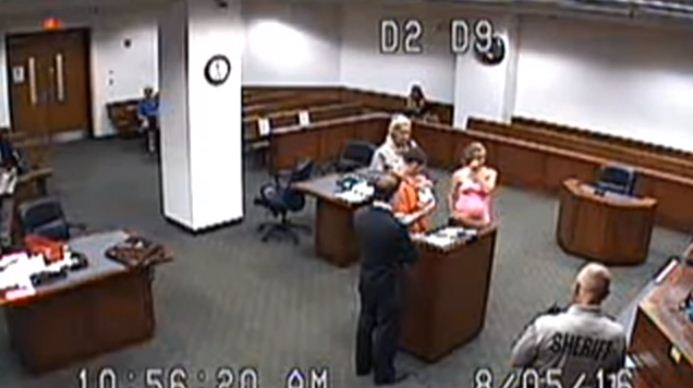 When Ashley said yes, the judge asked for James back into the courtroom. Wolf described the decision “probably one of the best things I’ve ever done:”

“It wasn’t really a judge thing. I think it was just more of a human thing. He hadn’t met his baby. And I could see that his wife wanted him to see the baby. And I know from previous interactions from Mr. Roeder that he had been very concerned about being able to meet his baby prior to it being born. And I just saw an opportunity that I didn’t want to squander.” 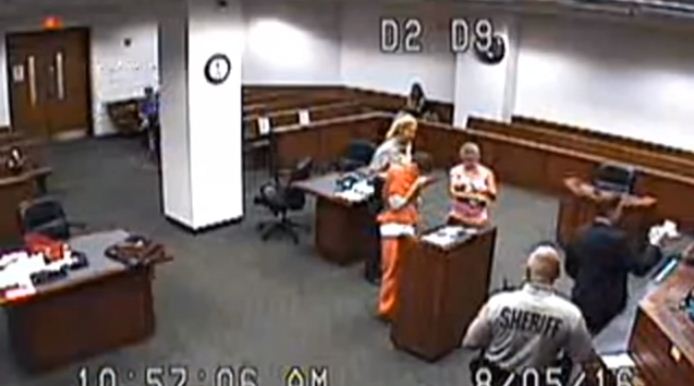 Needless to say, everyone was touched by the moment.

“I think there were a lot of tears. I think a lot of people were touched by it. Mr. Roeder — obviously, I don’t know what you can see on that video — but there were a lot of tears coming from him. There were tears coming from Mrs. Roeder as well. And it was hard for me to hold back the tears also. I think everybody was a little bit touched by it, and I just hope it gave him a little bit of closure and impacted him in a positive manner.”

The video has since been viewed and shared thousands of times on social media, with numerous netizens praising Judge Wolf for the great deed.