Home
Videos
Viral Videos
WATCH: This is What Happens to a Swimming Pool in a Strong Earthquake

Earthquakes are some of the most dangerous natural disasters because this could lead to more dangerous consequences, including crumbling of various infrastructures, landslides, avalanches, tsunamis, sinkholes, and so many others.

Now, everyone knows how difficult it can be to even stand during particularly strong earthquake. That’s why we are all advised to duck and stay low because the movement could actually make us fall over!

But have you ever wondered what could happen if you were in the water during a strong one? 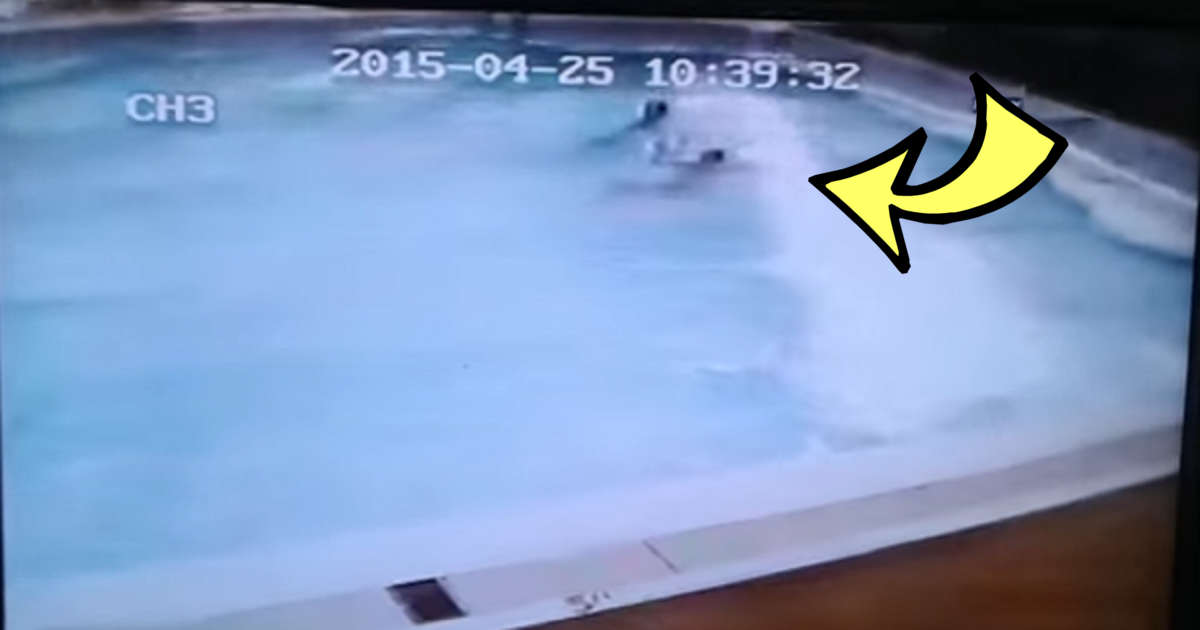 Well, there’s this video from 2015 of what exactly happened to a pool in Nepal when a very strong earthquake hit the area. While this is an old clip, the video has gone viral again in the wake of the quakes felt in Batangas and other parts of Luzon in the Philippines.

In this clip taken by a CCTV camera focused on the pool, several swimmers could be seen having fun in the water. But the usually tranquil water of the pool soon began to create waves similar to that seen in beaches!

Now, what makes that extra dangerous because the concrete walls of the pool are definitely not the same as the sand at the beach – and you could easily hurt yourself on the edge of the concrete pool, get slammed on the hard wall, or drown in the deep water!

While most of the swimmers were able to get out and run away from the pool as fast as they could, two swimmers were left behind. It was really quite horrific to watch them get battered against the pool wall and nearly drown in the swelling waters.

It was a good thing that they eventually managed to get out of the pool, to safety. Whew!

What to Do During an Earthquake?

As much as possible, do not attempt to run during an earthquake – unless you really need to do that, such as if a tall structure is about to crumble and hit you!

Because the ground is still shaking and you could get hurt as you stumble, it is best to first cover your head, duck, and stay low on the ground until the shaking stops.

As soon as the quake is over, rush outside the building by using the stairs. Steer clear of buildings and other tall structures, especially if they are old and unstable.