She thought her husband was just cooking food in the kitchen but when she went there to check on what he was cooking, she caught a beautiful unguarded moment between the big guy and their daughter: they were dancing!

She immediately whipped out her camera to videotape the whole thing before the two notice her. The result was truly beautiful – and it was no wonder that the video went viral on social media.

A lot of people enjoyed the lovely moment, especially because it shows pure love between these two. 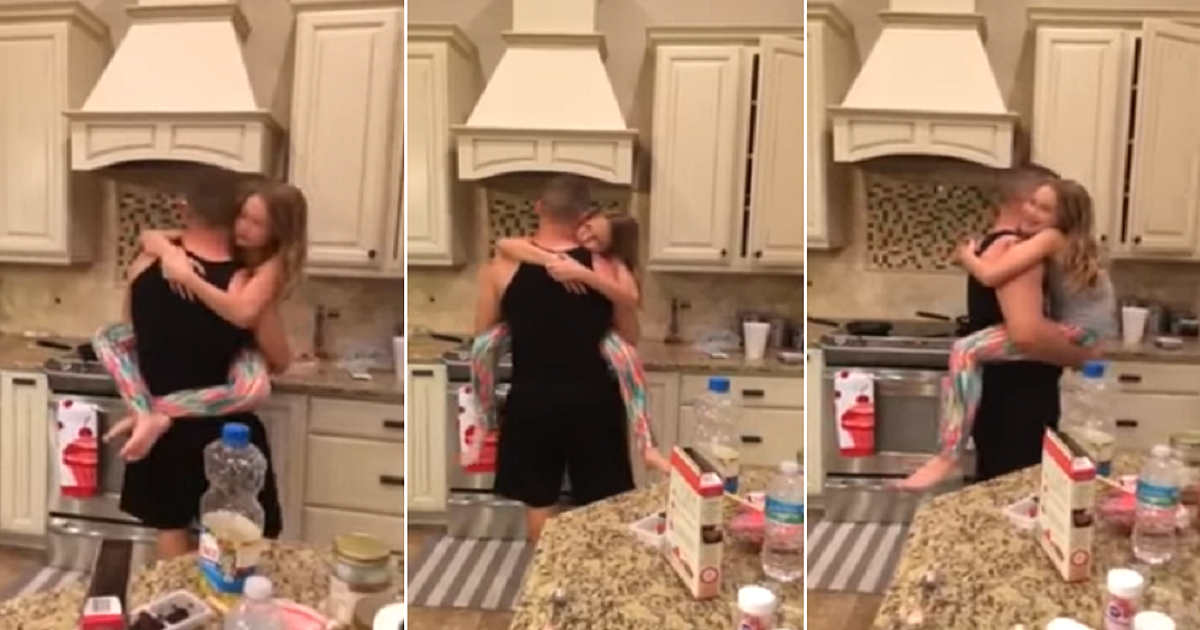 Not all had good things to say about the clip, however; in fact, this became one of the most controversial videos on social media, with people claiming that there was something evil about this dance and that the dad was trying to get sexual with his daughter and only stopped when he noticed that his wife was there.

Many also questioned the position of the girl whose legs were clamped over her father’s waist, saying that it was suggestive in nature; however, many also pointed out that kids are wont to do that – and there is nothing sexual about it if you don’t put perverted meaning into the whole dance.

A lot of people think that the others were simply overthinking the whole thing, making the moment lose its beauty when all it really wanted to convey was the beauty of a dad and a daughter’s close relationship.

What do you think of this video? Is it really just an innocent clip or is it suggestive in nature?

What is a Viral Video?