The much-anticipated Floyd Mayweather vs. Manny Pacquiao fight is happening in a few hours – but links to illegal streams have long been advertised on the internet, with many websites aiming to attract viewers so they could earn more money from ads, of course. Be warned however that HBO, Showtime, and the boxers’ promotional outfits have the means to comb the web for sites offering these illegal streams – and take legal action!

As of today, several sites have already been taken down, with HBO and Showtime Networks filing a lawsuit against the likes of sportship.org, boxinghd.net, and other anonymous defendants who owned websites promising audiences with free live stream of the megabout.

So, if you are a blogger or site owner, do not offer free live stream of the Floyd Mayweather vs. Manny Pacquiao! You might earn some big bucks from ads and sponsorship but could end up with a lawsuit that could leave you bankrupt – and you could lose your website, too! 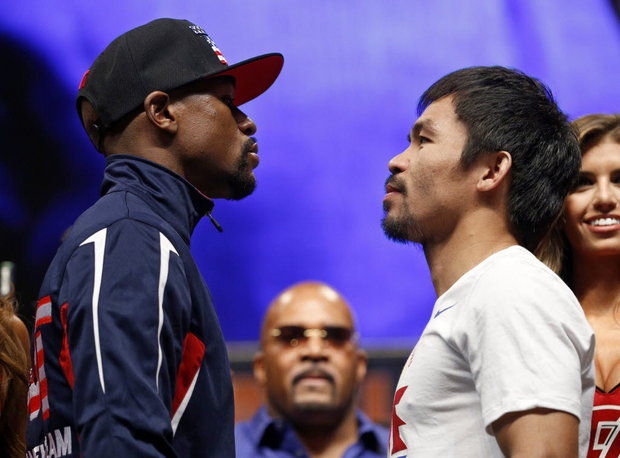 The stare down after the official weigh in
Photo credit: Cleveland.com

The networks did not announce whether they might take legal action against viewers and downloaders, but it should be best for everyone to stay out of trouble by NOT WATCHING FREE LIVE STREAMS ONLINE!

There are NO AUTHORIZED ONLINE Sites for live streaming the Pac-May fight. Remember that this is the biggest and most expensive fight in the history of boxing – thus, the networks and the promotional outfits would like make sure they can earn every bit of what they are entitled to receive in this fight. So, they are expected to work harder to make sure the Mayweather vs. Pacquiao fight only goes through the legal channels.

How to Watch Floyd Mayweather vs. Manny Pacquiao Fight for Free

For people in the Philippines, don’t worry; there are lots of options for you to enjoy the fight for free.

Lots of local government officials have offered free pay-per-view in local gyms, sports complex, and other public venues. Ask around or check out the posters in your locality.

Of course, you could also just wait for the fight to be aired on TV. Thankfully, all three networks – GMA 7, ABS-CBN, and TV5 – are airing the fight. If you don’t want to miss the fight but there are no free PPVs offered in your locality, you can simply wait for these networks to air the bout.

Did you know that a lot of companies are also offering live PPV for their workers to be able to watch the fight while in the office? You can take advantage of that offer. 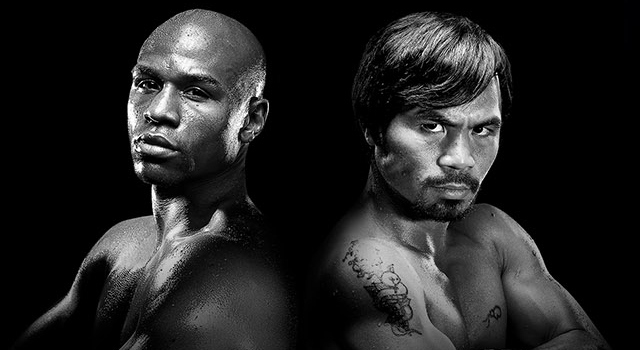 I bet some of your friends who bought pay-per-view in their homes [we actually did!] – you might want to ask them whether you can hang out at their house to watch the fight. Who knows? They might still have a space for extra viewers at home?

Wherever you might be watching the Floyd Mayweather vs. Manny Pacquiao fight, it would certainly be an exciting fight. May the best man win!