A match between a squirrel and a snake just seems like an unfair fight. Besides, what could a small rodent do against a venomous serpent, right? Well you will be surprised once you see the outcome of the brawl video below.

Uploaded on YouTube by Green444Man, we see that size really doesn’t matter much in a fight as an African squirrel emerges victorious against a bull snake. The video was originally published 5 years ago but it recently took new life as it recently became popular on social media once again.

“While most of us think that squirrel just eats nuts and others fruits and plants, the squirrel in the video below is of a different breed,” BuzzFlare tells us. Indeed, we see the animal “not just eats nuts but also snakes” as it proved it can stand a chance against a huge non-venomous reptile. 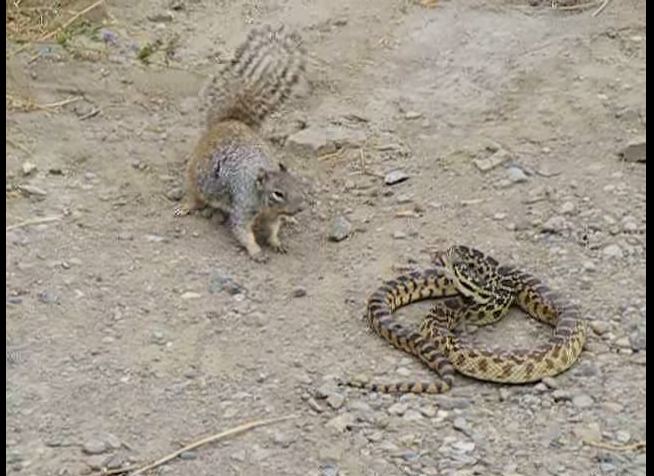 The short video shows us the two creatures squaring off and, at the start, most of us would probably assume that the squirrel would be at the disadvantage. 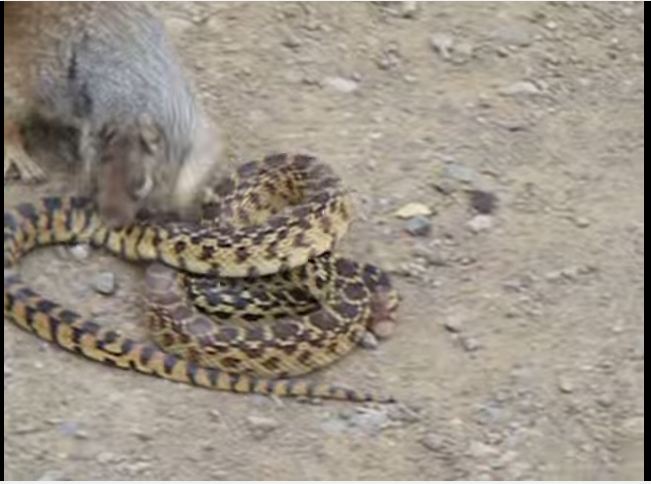 It didn’t take long, however, for the bull snake to realize that he was messing up with the wrong animal. 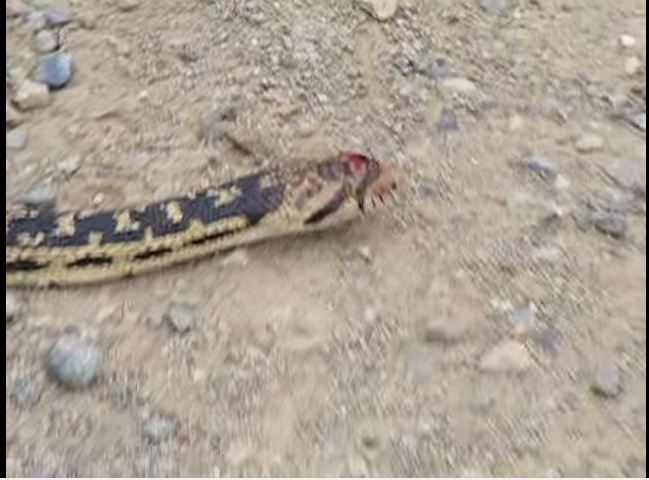 Although the squirrel was repeatedly stung by the serpent, he managed to bite not only its body but also its head, leaving it terribly bloody. 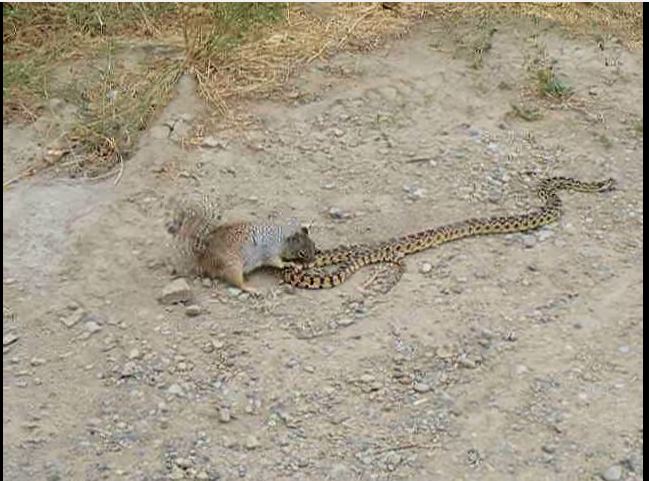 Eventually, we see the snake trying to crawl away from the scene – but the squirrel simply wouldn’t let him go.

You can watch the fight here:
https://www.youtube.com/watch?v=KCPIPVSbywA

Viewers are, of course, impressed with how the squirrel stood his ground and defeated its serpent opponent.

Jeff W, a commenter on YouTube, for example, wrote:

“I need that squirrel to watch my house.”

Aside From Nuts, What Do Squirrels Eat?

“Squirrels are omnivores, which means they like to eat plants and meat,” said LiveScience. “Squirrels mainly eat fungi, seeds, nuts and fruits, but they will also munch on eggs, small insects, caterpillars, small animals and even young snakes.”