As if they knew that they had each other to cling to, a pair of premature twins kept holding hands while they were cuddling with their daddy.

A video of the pair’s loving gesture has taken the internet by storm, gaining over 9.1 million views within just a week after it was posted on Facebook by their proud mommy, Anthea Jackson-Rushford.

According to Mommy Anthea, twins Kristiana and Kristian were born just 28 weeks and 1 day, with both weighing under 1 kilogram each. Thankfully, technology these days helps ensure better survival rates for premature babies. It has also been proven that skin-to-skin contact is very important for these small ones to survive. 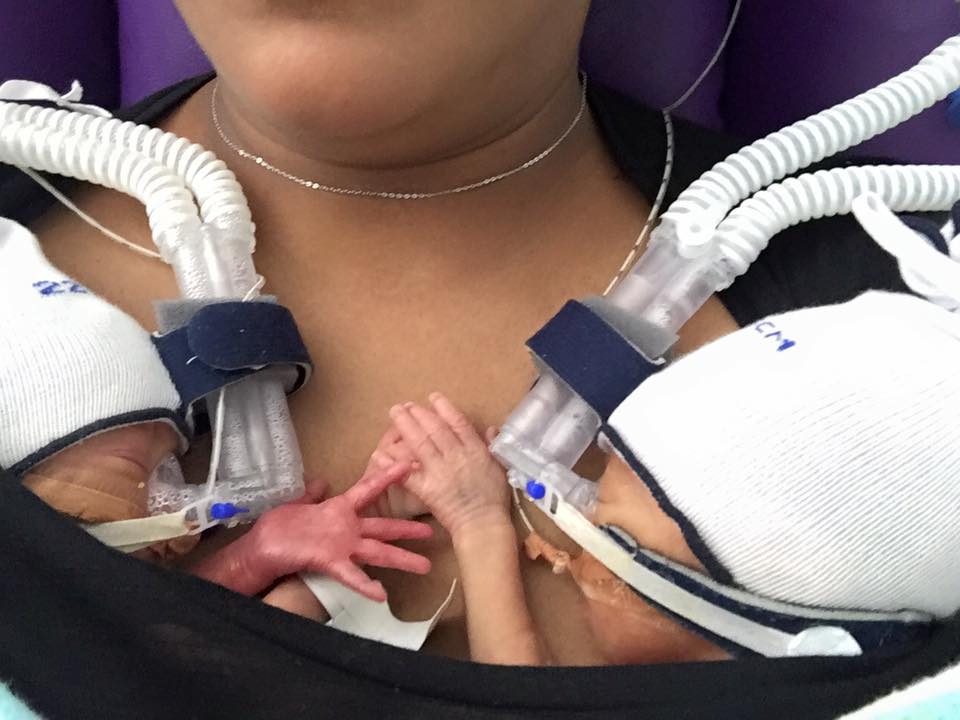 So, with the two connected to various tubes, they had a cuddle time with daddy called “kangaroo care”. The twins seem to enjoy the connection with their daddy but also sensed each other.

Gingerly, Kristian moved his hand to touch his sister’s hand and, quietly, the two held hands like they were always meant to do.

The 7-second video touched the hearts of millions of netizens, with many posting words of encouragement in the comment section.

Check out this lovely video… This will surely make you smile.

Amazing!!! Needs to go viral!!! ?? our preemie twins Kristiana and Kristian! Born at just 28 weeks and 1 day! Weighed in at under a kilo each! ?? #preemietwins

There are two people who remain the top contenders for the title of youngest surviving preterm baby in the world.

First, there is Amillia Taylor whose claim to the title is quite controversial. Born on October 24, 2006 at just 21 weeks and 6 days gestation, she is often cited as the most premature baby yet her gestation was measured right from the date of conception (via in vitro fertilization); thus, she appears 2 weeks younger that if the gestation was counted the usual way of starting on the mother’s last menstrual period.