This mother, carrying her baby in a sling, walked into the first class section of a commuter train and the woman she sat beside with wasn’t happy about it. In fact, the passenger didn’t want the mom and infant to sit there at all.

Tyrone Williams, a fellow passenger, managed to capture the incident on video as the mother got kicked out of her seat. He later uploaded it on Facebook.

In the short footage, we can see the young mother reasoning with the already-seated elderly passenger about emptying the seat which she used for her luggage. 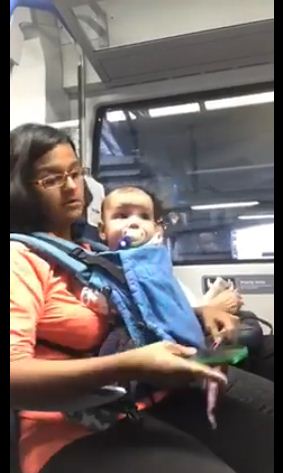 “I asked you nicely to put your bag on the floor and I offered to put it up. I’m carrying a baby you have to respect me,” the mother told her.

The woman responded “And you have to respect your elders and betters. People have actually paid to sit in this carriage.” 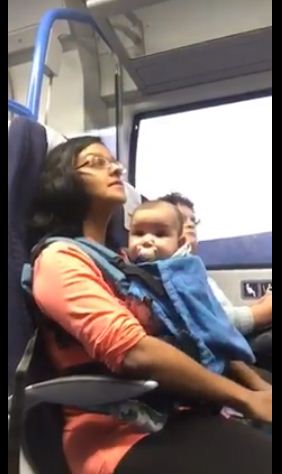 The mother defended that she has also paid for a ticket but the woman said she doesn’t have a first class ticket. The mother justified that she has a baby and she is allowed to take a priority seat reserved for passengers not able to stand.

“I don’t want to sit next to a screaming baby,” the elderly woman said but the mother countered “He’s not screaming he is behaving better than you.” 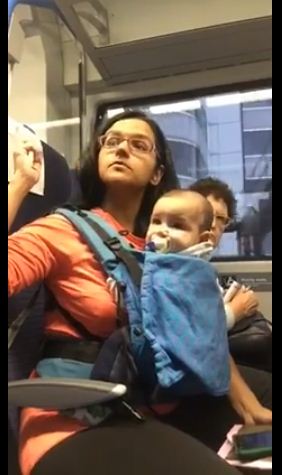 Other train commuters then joined the discussion but their opinions are mixed.

“At the end of the day she’s got a baby so she can sit where she wants,” Tyrone commented.

Later, another passenger offered to give up his seat for the mother, to which she replied “Thank you yeah. Would be nicer.”

Do Mothers With Babies Get Special Seats On Passenger Trains?

When reached for a comment about the incident, A Southern Rail representative told Mail Online:

“Our priority seats are available in both standard class and first class.

“They should be given up if they’re needed more by people with disabilities, expectant mothers, elderly passengers or those carrying infants.

“Passengers using priority seats in first class should still have a valid first class ticket unless first class has been declassified due to disruption.”