How are the roads and streets in your town or city?

In many places across the world, the streets are so full of potholes that it is very difficult to navigate them with a small vehicle like a scooter or a car with a low clearance. Going fast over these potholes could damage the vehicle or even lead to accidents, such as getting stuck in one or falling over if you’re on a two-wheel ride. 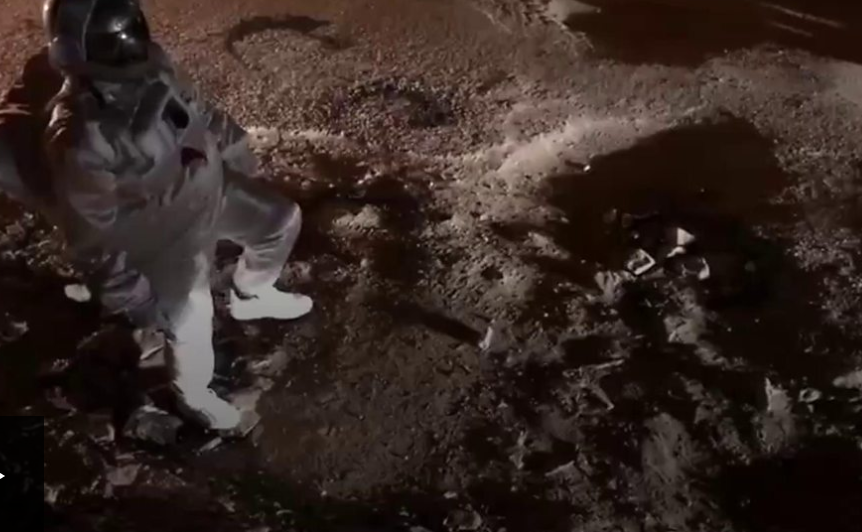 In Bengaluru (Bangalore), India, one guy took a rather sarcastic dig at the road in his hometown that so filled with huge holes that it resembles the surface of the moon!

Baadal Nanjundaswamy, an artist, got hold of an astronaut costume and had someone wear it to create the video as protest against his government’s inaction on the potholes. He recruited actor Poornachandra Mysore who did a slow-motion ‘moonwalk’, creating his best imitation of a real astronaut navigating the lunar terrain. 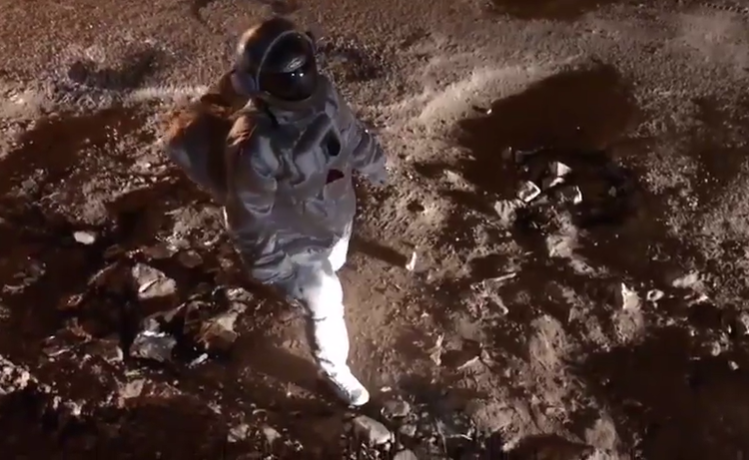 At first, you might think that this astronaut is really on the moon, but several ‘Earth vehicles’ would soon pass by where he was doing the moonwalk, giving away his actual position on Terra (well, Earth, really).

Amazingly, the video was filmed using a mobile phone and did not use additional lighting, creating the full effect of the moon. 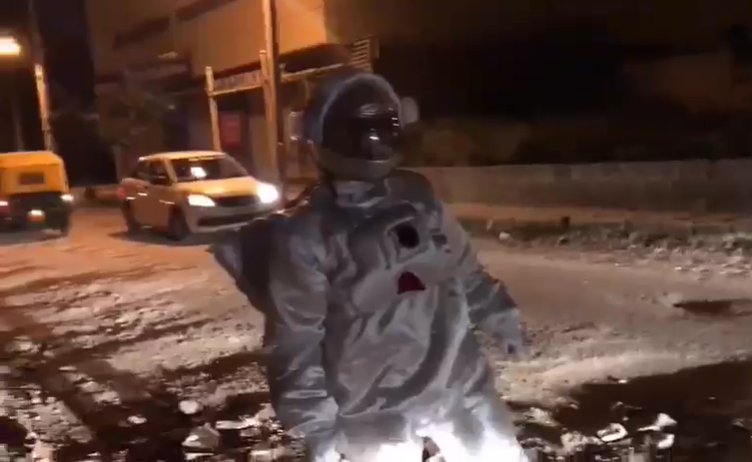 The clip would quickly go viral, gaining over 1 million views within just a day after it was posted!

After the video got a lot of media attention, the government was pressured to fix the road! Heavy equipment and materials were quickly sent to the road to get it fixed – finally! Thanks to the brilliant brains behind this concept, the road is finally getting its long-overdue repair.

Here’s the road being repaired:

What is a Moonwalk?

A moonwalk is the act of walking on the surface of the moon. The term is also used in pop culture to refer to the backwards gliding dance movement popularized by the late Michael Jackson.