The video of a lioness roaring at a lion goes viral, with many netizens saying that they’re like married humans. Just like in arguments of a married couple, the woman wins. LOL.

The lion is the king of the jungle! But even the king has to bow down to the queen – and that’s exactly how arguments end at the homes of humans, too. Do you agree?

In the video that was posted on a Twitter page titled “Wild India”, the ‘couple’ were seen fighting in what appears to be a jungle safari as there were vehicles parked at a distance, watching the animals. The location was later revealed to be at Gir National Park in Gujarat, India. 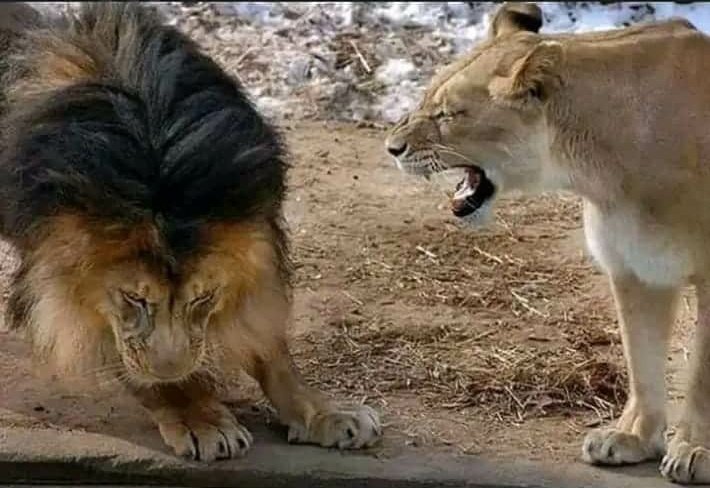 Wild India jokes that this is a “royal affair” that was captured on camera by politician Zubin Ashara who also happens to be a nature lover and wildlife photographer. Home to the magnificent Asiatic lions, the park is a popular place to visit by those who love to watch these animals living in their natural habitat instead of just being caged in small enclosures in a zoo.

But the visitors that day were treated to the magnificent display of power between the king of the jungle and his queen. The ‘heated argument’ got the two roaring so loudly but the lion ended up simply letting the lioness out-roar him. 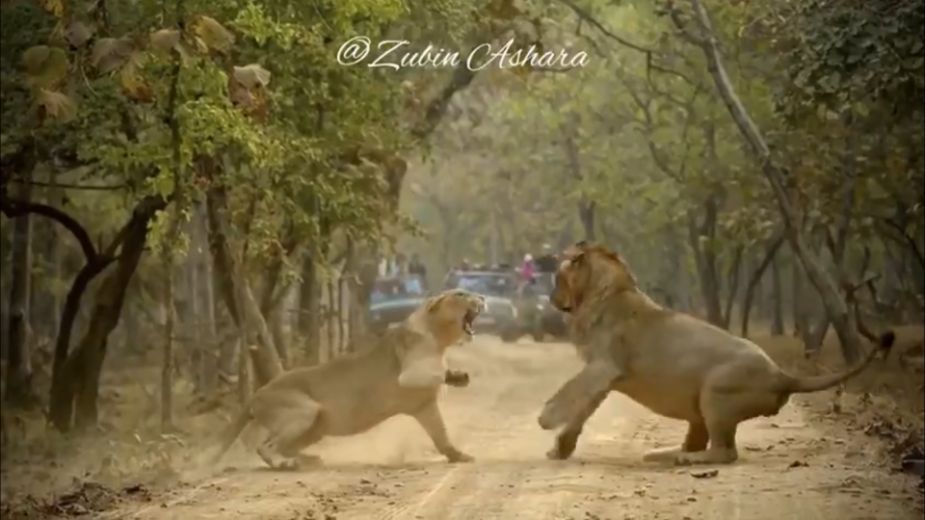 It seems that she had the last say and as she stopped roaring, the lion appears to sheepishly move closer to appease her anger. LOL.

“No matter if you are the king, [at the] End of the Day you are a helpless husband,” one netizen wrote.

“When you disturb your wife, while she is scrolling Facebook…” another joked.

Difference Between Safari and Zoo

Both facilities let people enjoy watching wildlife but the key difference is that a zoo has smaller enclosures or cages where the animals live while the safari has a much larger space that lets you watch the animals in their natural habitat. There are still fences but the area is much larger than the usual cages in zoos.