Home
Lifestyle
Viral Debate: Is This Girl Underwater or Still Jumping into the Water?

Social media has found another source of entertainment and endless hours of debate in a photo of a child posted on imgur, mostly because it is difficult to figure out whether she was already underwater or is still in the process of jumping into the water. Of course, she can’t be both underwater and still about to hit the water – so what is the answer?

Well, based on the picture alone, it is difficult to gauge what is real, especially since the square shot only had a very limited background of the size or the depth of the pool. 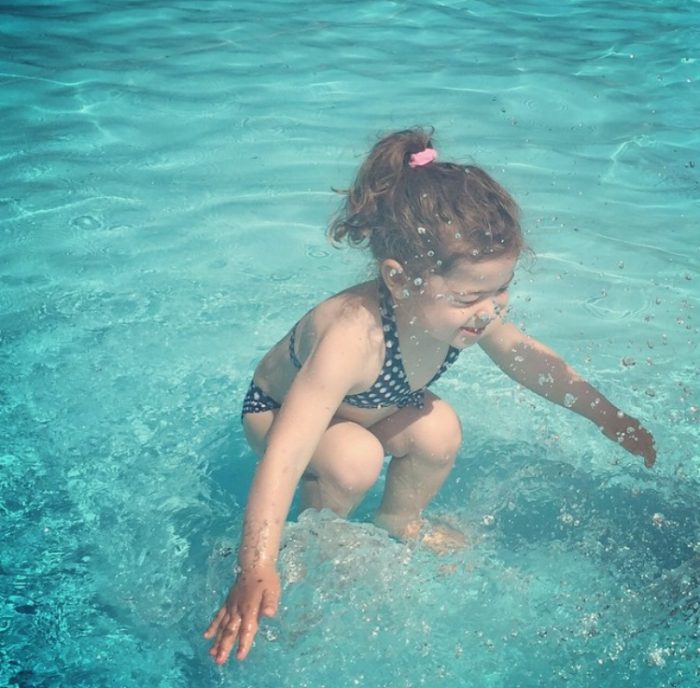 Many people argued that the circle spots in front of the girl clearly signified that she was underwater since these surely are bubbles from the trapped air she released upon breathing; however, others pointed out that if she really was underwater, why is her ponytail pointed down? Surely, if she was submerged underwater, the ponytail would have spread out.

The ponytail explanation seems like an excellent point yet just by looking at the overall picture, would you have guessed that on your own or would you so easily judge that this was a shot of a girl who had just hit the bottom of the pool and, thus, is underwater at the moment the picture was taken?

Despite the ponytail explanation, however, there are still many who believe that the shot was taken underwater though there are also a lot who, after scrutinizing the picture, said the girl appears to be dry.

But if the girl was dry and not underwater, how come the photo appears like she was beneath the water? Several Reddit users have an explanation to this: the photo was surely an Instagram picture posted with a filter.

Redditor Summerie offers a better explanation in the form of a photo which was supposedly tweaked to create the color contrasts similar to real-life, natural effects (without filters) and came up with this shot: 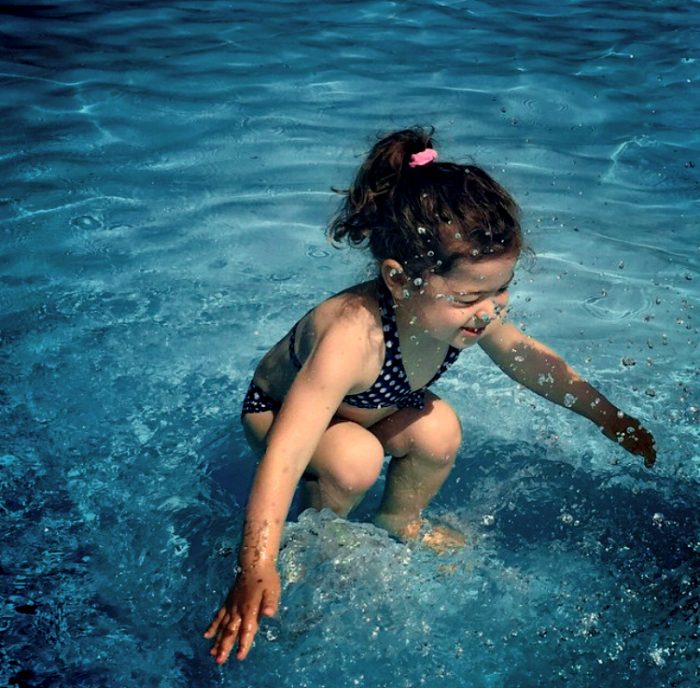 As you can clearly see in the photo shared by Summerie on imgur, the girl 1) was dry, 2) appears to be in a shallow kiddie pool, and 3) had water droplets around her, probably because she made those droplets or she was near another water feature in the pool, such as a fountain.

Do you think this edited photo provides a better explanation to the original post or did it just change the photo to better suit the explanation these proponents want to appear as real?