We’ve all been there, we’ve all said something that we eventually regretted later.

This can either be intentional, or maybe we’ve had too many beer to drink, or sometimes when we just got off of anesthesia and we still feel groggy.

Many videos of people saying things or doing things they wouldn’t normally say and do are posted in YouTube. Thankfully when these amazing and hilarious things happen, somebody is there to film everything.

Out of all the videos we found on YouTube, this one may be a contender for the cutest mishap due to anesthesia.

An unnamed girl just came from surgery for her broken arm. They were warned that the medication that the doctors will give her will have side effects. Maybe that’s why they were ready to film the whole thing? 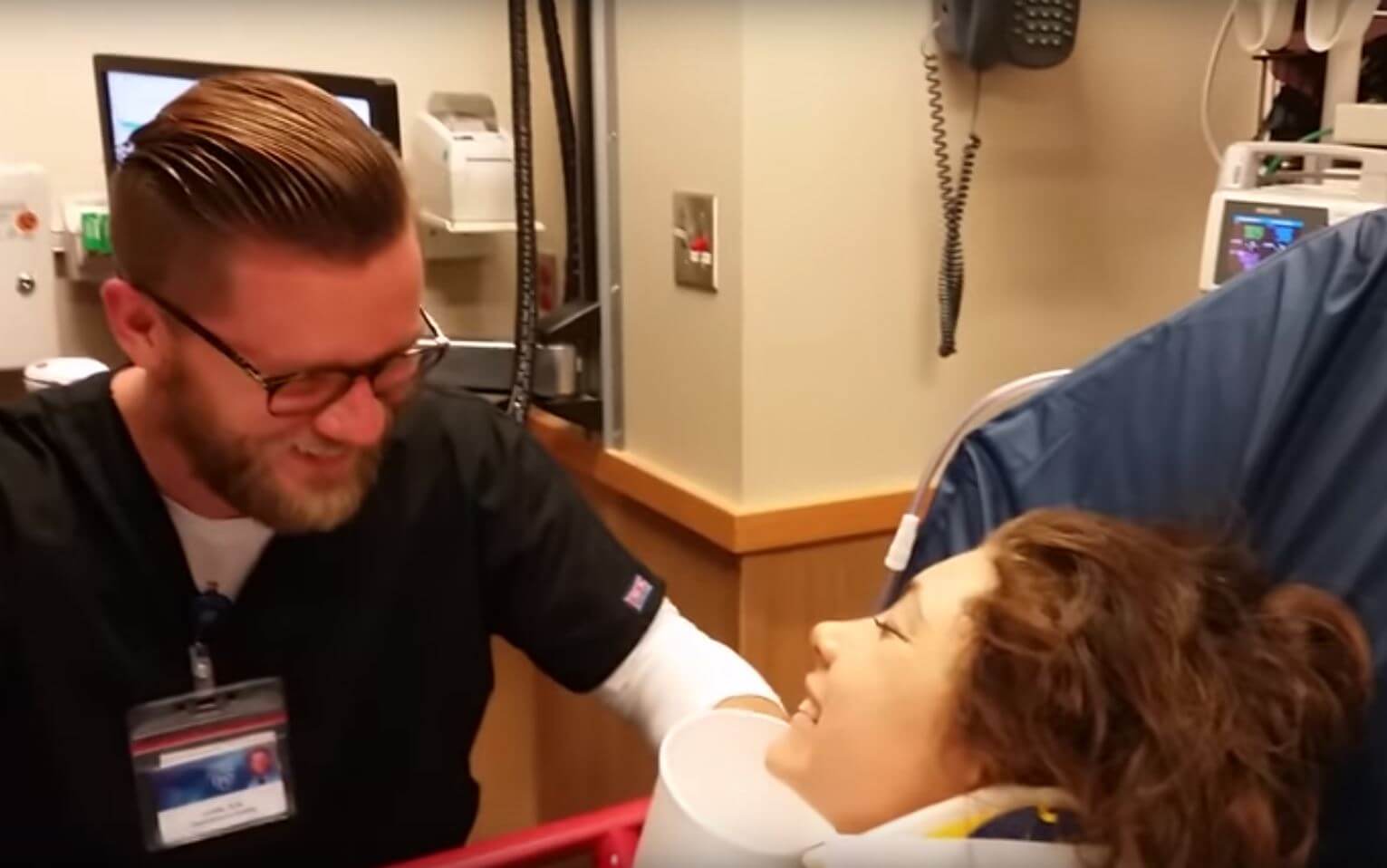 The hilarious video shows the unnamed girl still loopy and groggy from the anesthesia, but because she realized her nurse is hot, she immediately lighted up and proposed to him. 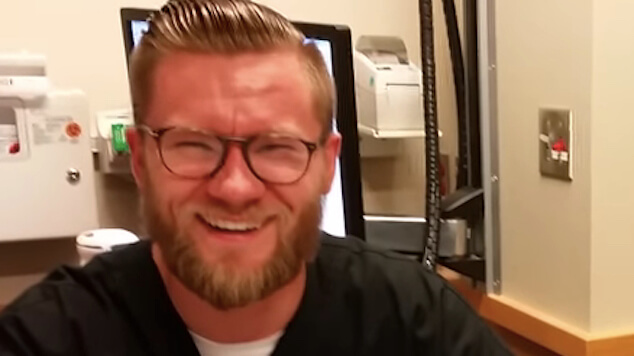 Luke, the hot nurse, was professional and handled the situation very classy and professionally. He would answer the girl, and then talk to the one taking the video.

At one point, Luke even predicted that the video might go viral, which it did do, no doubt about that. 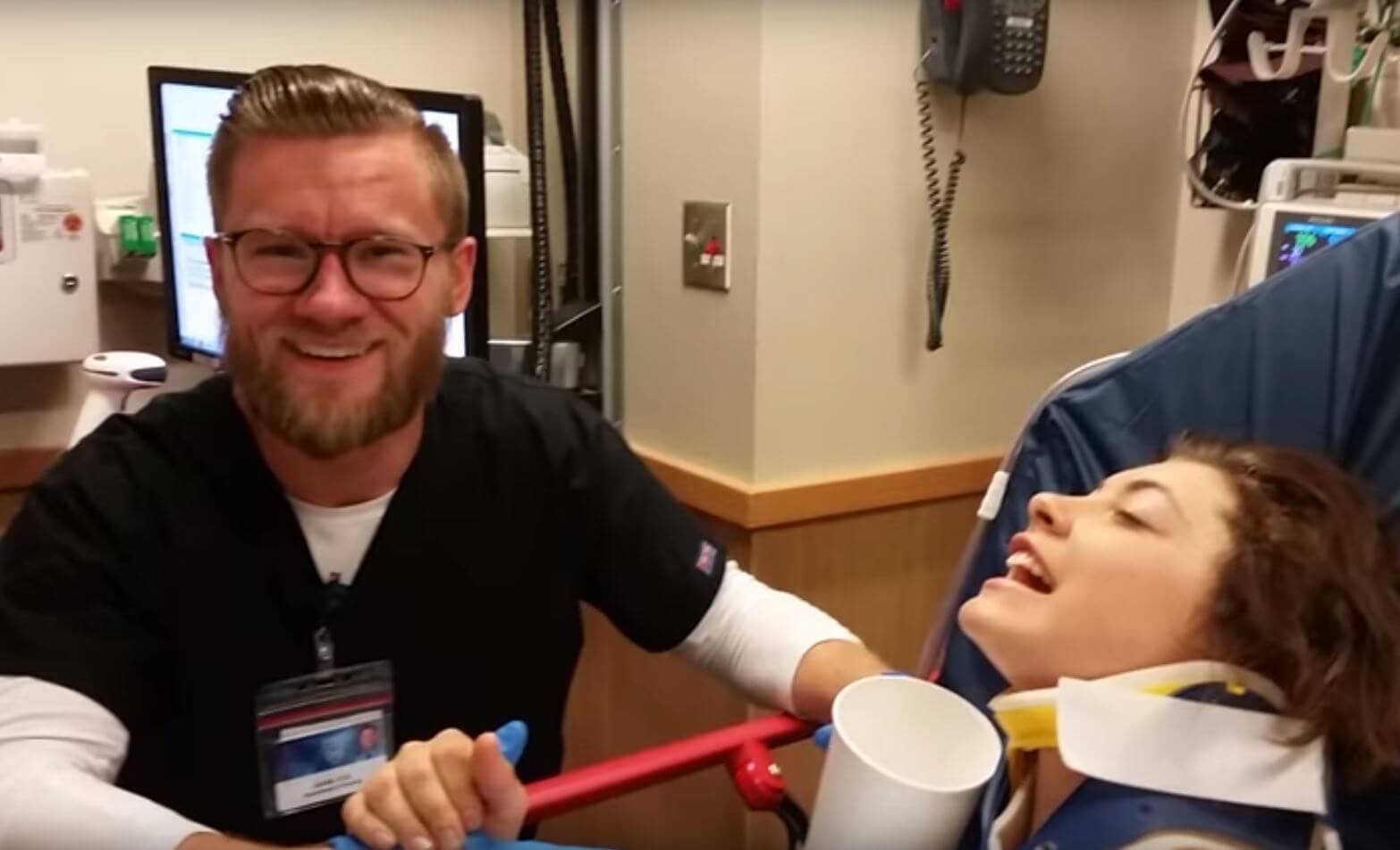 The girl continues to propose, saying that they’ll be the cutest couple ever and that she loves him, she even sang the last part “maaaaried” a couple of times.

When the video was posted in Reddit, it reached Nurse Luke and eventually, he gave his side of the story.

“Honestly, it’s basically an everyday thing. I’ve just never had someone film before. I had to go through a lot of channels to make sure that it was appropriate because the patient posted it all over social media. then it was forgotten about because it happened months and months ago. then someone I haven’t spoken to in years messaged me with a link! lol. It’s all over, youtube, ellentube and now apparently reddit. life is weird. the internet is weird. weird is good,”

Of course we won’t be able to sleep if we don’t find out who the girl was and if they ever got married, right? Upon scouring YouTube, we found out that the girl was Paris Ferguson. She actually made a video detailing everything that happened during that accident, and even gave us a reaction video of her proposal.

So guys, sadly, they didn’t get married. But who knows, when she turns 18 or something, there might be a part 2 for this cutest couple ever.

Share this:
Tags:Girl with anesthesia proposed to her nurse, Nurse Luke, Paris Ferguson