Some years after his adoptive parents died, Jeff, already 45 years old, began searching for his birth family out of curiosity.

He was able to trace his mother’s name as Lynn Patricia Smith after seeking out his birth certificate from Massachusetts but searching for her on search engines and social media proved futile because the name was too common – and you can’t really expect old people to have active social media accounts!

After months of searching, Jeff was ready to give up. Perhaps he was never really meant to find his birth family. 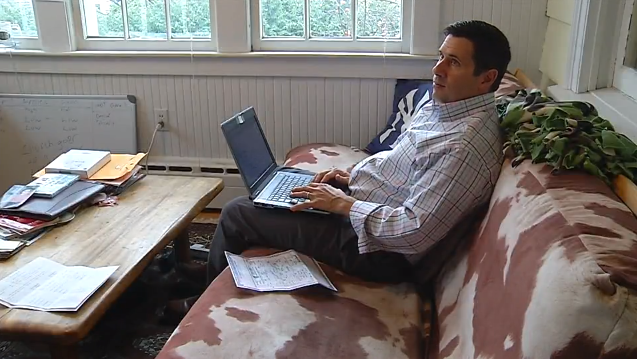 Then, one day, he suddenly had the urge to do one last search after doing his morning prayers. It was then that he found a very unlikely clue that would lead to him finding his birth family: sadly, it had to be his mother’s obituary.

He found out she was married to a guy named Alfred Deeb and they had 9 children together. Using the names he found on the obituary, he found one of her son’s on Facebook. This man’s profile showed a photo of seven brothers – and they looked like Jeff!

He wasn’t sure they were his brothers but Jeff gambled at this chance to meet his birth family; so, he drove all the way to Wynantskill, NY to find them. Here’s what happened…

An obituary is a news article reporting a person’s death. The article often includes a summary of the person’s life such as when he/she was born, details about the family, jobs/positions held, and other significant details.

There have also been instances when the author of the pre-written obituaries dies before the people they had written the obituaries for! For example, theater critic Mel Gussow wrote an obituary about famous actress Elizabeth Taylor for The New York Times in 1999. Gussow died in 2005 but Taylor only passed away in 2011!