Last November, a video went viral of a tight rope bridge being used by people, including young students, to cross a river in Barangay Lanipao, Iligan in southern Philippines. The rather dangerous plight of the students was seen in the video shared by Yasmin Mangorsi on Facebook.

While the video actually shows something that was quite common in many hinter barangays in the Philippines, it gained traction on social media after it was spotted and shared by Mocha Uson and other prominent social media personalities.

Soon, people began tagging Department of Public Works and Highways (DPWH) Secretary Mark Villar in the viral posts. Some people also sent him private messages and even got in touch with his office after the video went viral.

The collective effort on social media worked! Mere hours after the post was shared, someone from Villar’s office wrote on Facebook that the matter will be personally checked by the local DPWH. 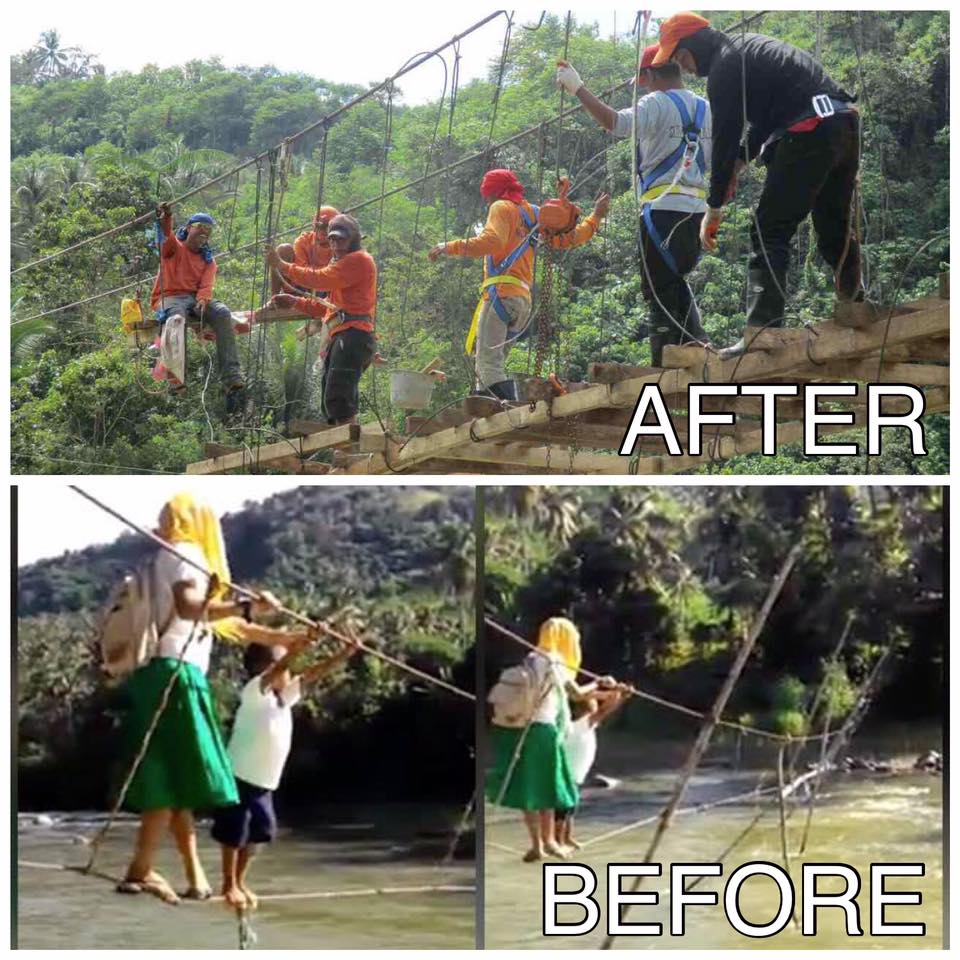 Days later, the local DPWH reported that they have two solutions for the problem. First, they will build a temporary bridge which can immediately be used by the people. Second, they will build a permanent bridge; since the latter will need a considerable amount of money, the DPWH did not release a timeline when this will be fulfilled.

Just this week, a post from Sec. Mark Villar proudly revealed that the hanging bridge (the temporary solution) has been finished and is now ready to be used by the people!

While many would say that this is not enough, surely for the people in the area, the hanging bridge is already a better and safer improvement from their old tightrope bridge.