Home
News
News & Culture
LOOK: Items You Should Not Buy in Divisoria

All year round, Divisoria is frequented by shoppers hoping to hunt the best bargain. But is during Christmas season that Filipinos flock the shopping haven and brave the madding crowd to make the most of their bonuses and buy the most affordable gifts for their loved ones.

However, not all the products in Divisoria will truly get your hard-earned money’s worth. So before going to the country’s shopping mecca, take a look at some items you shouldn’t buy in Divisoria. 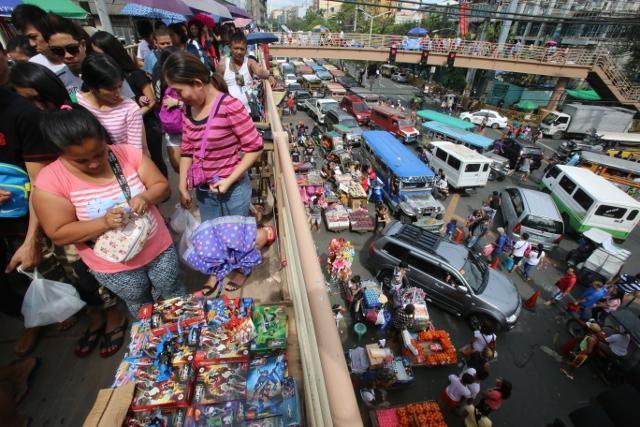 If you can’t afford to buy the highly coveted Kylie lipkit, don’t ever attempt to purchase the fake ones being sold in Divisoria. These counterfeit products are a lot cheaper than the authentic ones for a number of reasons, probably horrifying ones. Unlike authentic cosmetics, you are not aware of the kind of ingredients used in fake make ups. Keep in mind that you only have one skin, so better invest in good skin products.

According to several reports, some toys being sold in Divisoria contain lead which can be harmful to our health. It is also not advisable to buy toys particularly for teething babies and toddlers who tend to put it inside their mouths.

While there may be authentic gadgets being sold in Divisoria, some are fake and it’s hard to actually distinguish them. Instead of risking wasting your money for these “cheaper” gadgets, just go to trusted gadget stores inside the mall. You may be paying more but at least you can be assured of the quality of gadget you are purchasing. Moreover, most stores offer warranty that you can take advantage of.

Just like gadgets, it’s a no-no to buy appliances at Divisioria. You certainly have no guarantee whether these items will work properly or not. The same thing also applies when purchasing Christmas lights.

Processed foods particularly candies sold in Divisoria may be imported, but we are not aware whether these have passed the quality control measures of the Bureau of Food and Drug Administration (BFAD).