A 15-year-old influencer admits to undergoing 100+ surgeries to look like a doll, but her big reveal draw mixed reactions on social media.

These days, people are so concerned about their looks and would willingly spend a lot of money to look great for the camera, particularly on social media.

Influencers take care to look perfect for their followers, making sure that they maintain their image. But what if the image they wanted to project is something that is not their natural look? Well, these influencers don’t really mind paying a lot of money and undergoing numerous surgeries to achieve that appearance.

For instance, Little Z Nana is a Chinese influencer who looks like a doll. At age 15, the young woman has already undergone over 100 surgeries to create the look of a life-size doll.

She even has huge eyes that are uncharacteristic of people with Chinese ethnicity. She admits that she had at least six double-eyelid surgeries and five lateral canthoplasties (outer eye corner) procedures to get that look.

To change her appearance to make her really look like a doll, Little Z Nana also had three surgeries on her mouth, two facial liposuctions, and one full-face bone reduction surgery. Despite her young age, she had already undergone two thigh liposuctions and three body liposuctions.

The young influencer admits that she started having these cosmetic surgeries since she was still 13 years old. So far, she has spent around $150,000 for over procedures. 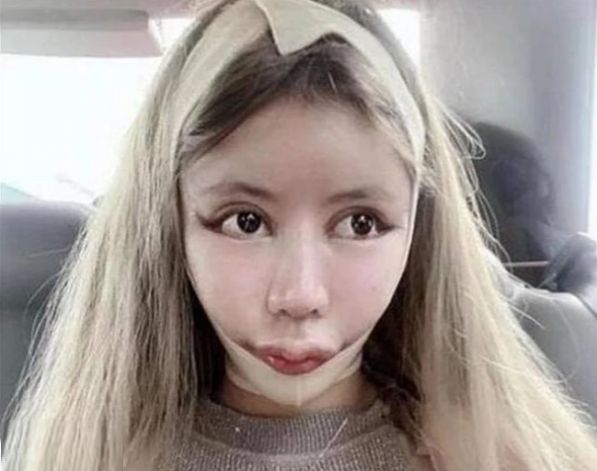 It is unclear how she managed to get these procedures done, considering her very young age, but this was surely with the consent of her parents. This led to many netizens slamming her parents for letting her do this to her body.

Moreover, a lot of people were angry after learning that she quit school because her many surgeries forced her to stay at home.

There are really no specific rules for the youngest age that anyone can get cosmetic surgery but as a rule of thumb, anyone below the age of 18 will need parental consent. However, this is often ignored in many places.