It seems that the latter was the case of the people in car which narrowly missed getting hit by a giant boulder. 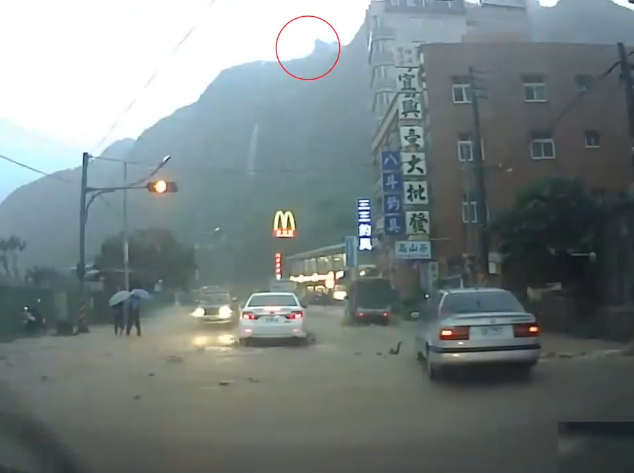 While the footage was recently uploaded by NTD Television on its Facebook page, it turned out this video was taken back in 2013; still, the clip has gone viral, gaining over 3.1 million views since this was uploaded just a few days ago.

The video was taken by the dashcam mounted inside the car of Lai Hong-wei. According to Lai, he was just driving along the coastal road in Keelung, northern Taiwan when he caught a landslide on camera.

What’s quite incredible about this footage is that after the splash of mud and debris from the landslide, a giant boulder could be seen tumbling down and nearly hitting a car which had swerved to the left lane just in time. 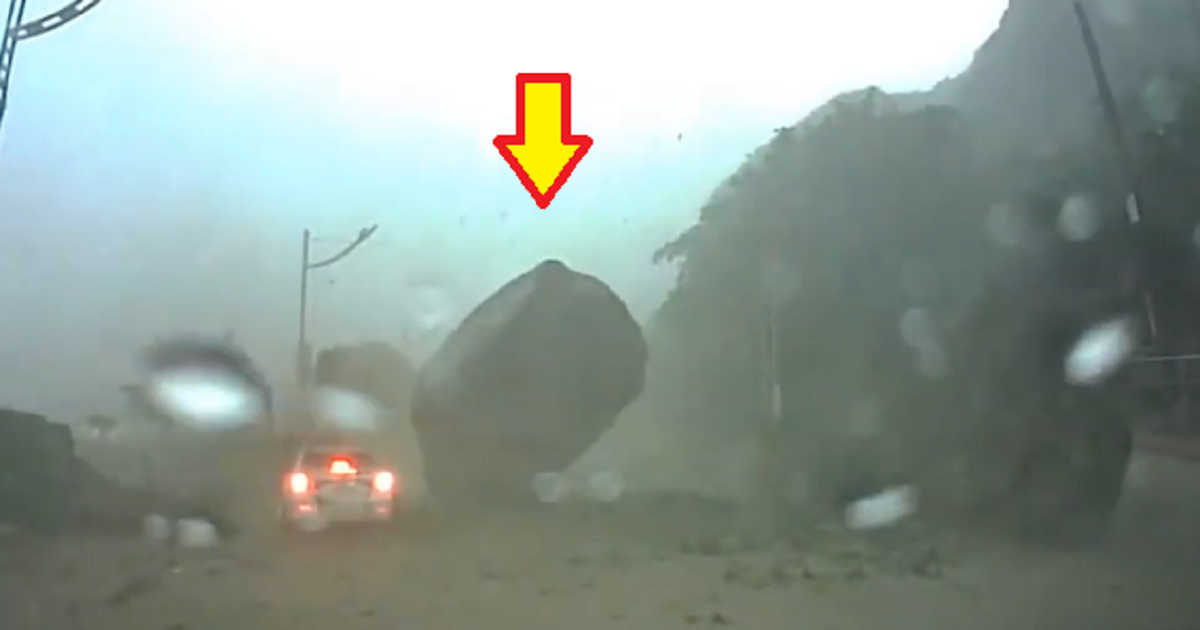 Had the car stayed on its lane when the splash of mud hit the area, it would have been easily crushed by that giant boulder!

This guy in the white car and his passenger were extremely lucky to be alive! While the vehicle suffered from extensive damages, it still was a good thing that they managed to narrowly escape that boulder with only some minor injuries.