Tigers are wild creatures – and you can never predict what they will do next. One recently went viral after chasing a pair of guys riding a motorcycle. It was really a miracle that they were able to escape! Whew.

In a video that was posted by the Forests and Wildlife Protection Society, a tiger could be seen giving chase to the guys on the motorcycle. It followed them for some distance, even appearing to almost reach the guy on the backseat who was taking the video. 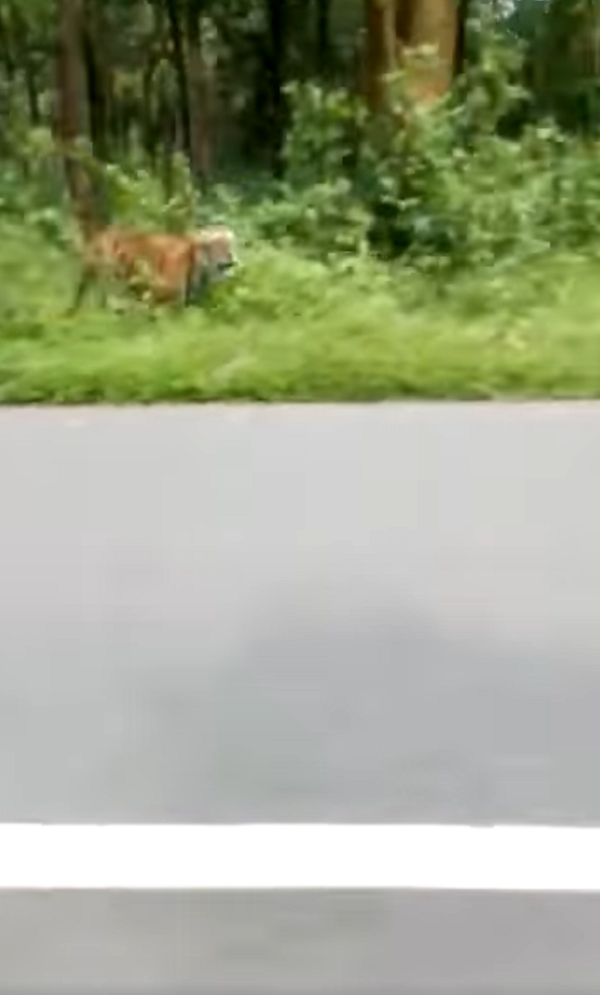 Thankfully, the tiger eventually gave up the chase and veered off from the path, going back into the forest. But the encounter had shaken the two guys who were later identified to be officials from the Forest Department in India.

The video was reportedly taken inside Muthanga Wildlife Safari in Wayanad, Kerala. The two officials were out patrolling the area after sightings of the tiger were reported, but they did not expect such a close encounter that nearly got them eaten! Whew. 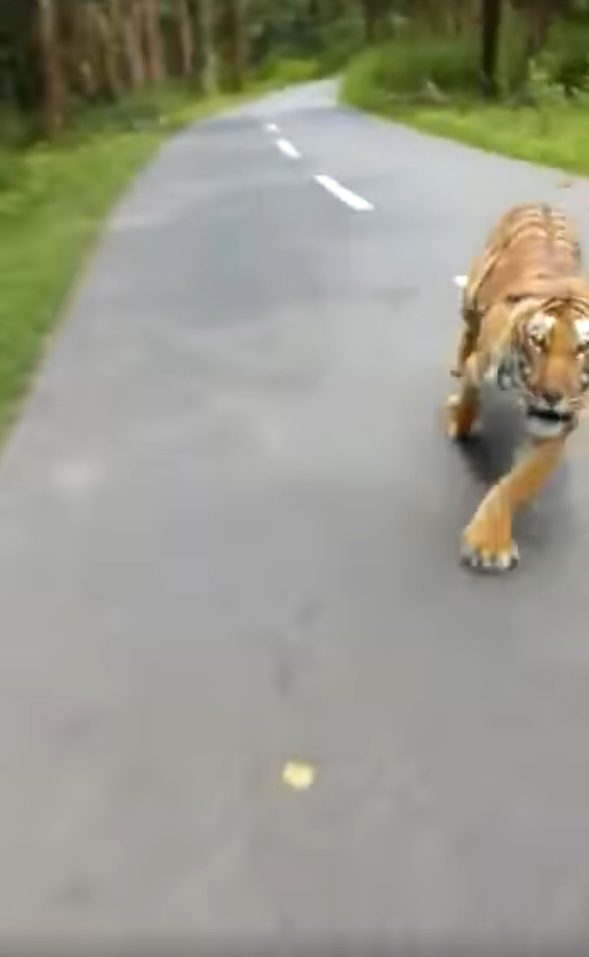 It was a good thing the two were on the motorcycle and had not stopped at the area when the tiger appeared or they could have easily been the creature’s food. While tigers usually avoid people in the wild, there had been plenty of reports of hungry tigers entering villages and taking pets or people as food. 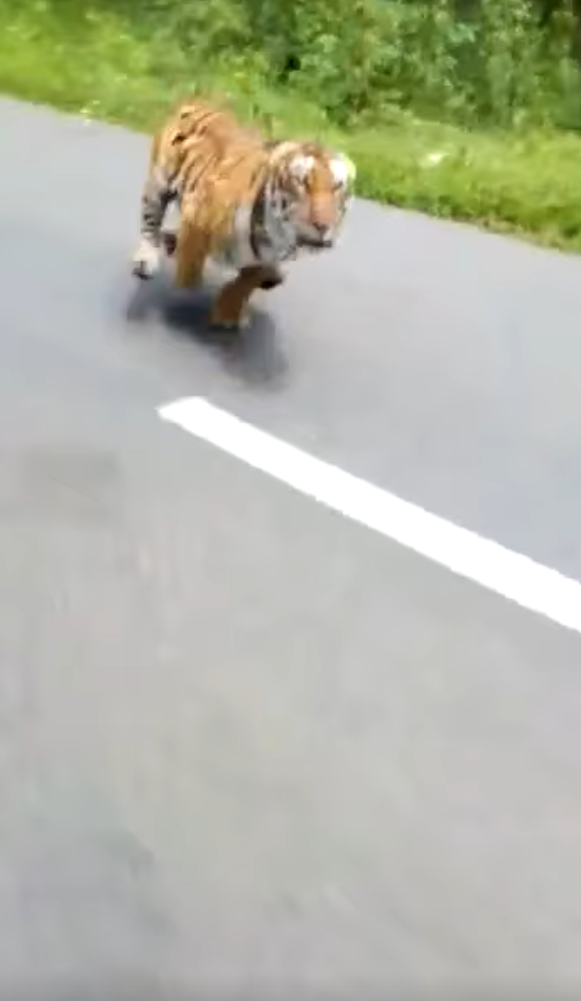 While many netizens had a good laugh over the video, many pointed out that the two were lucky to be alive. Tigers are excellent hunters who could run 40 to 65 km per hour – about the speed of a regular motorcycle!

Many netizens still joked about the “kitty” that chased these guys, while others said that they will now be thankful that only dogs chase them in their neighborhoods, not tigers! 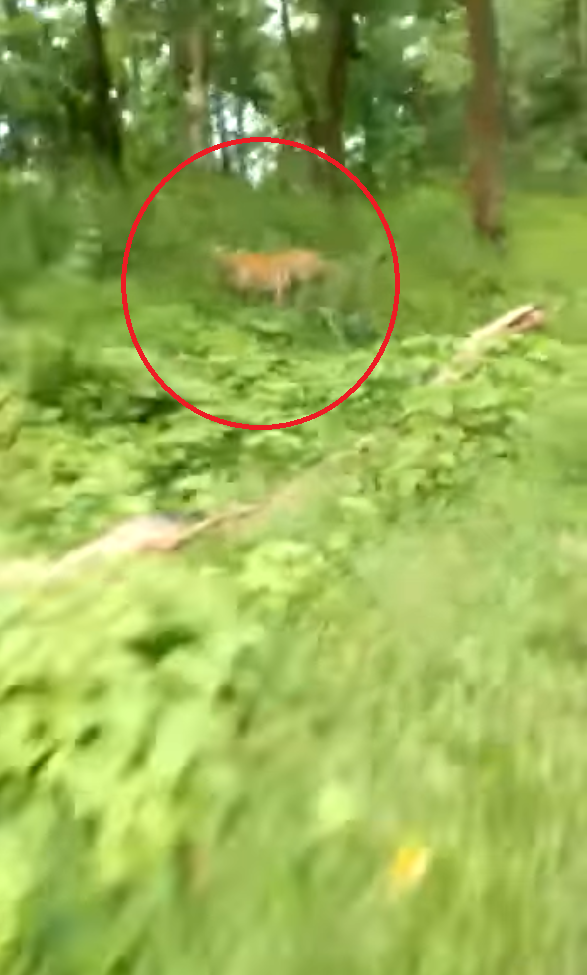 Tigers are excellent hunters – perhaps the best in the world. The eat a wide range of food, including deer and wild boar. But there were reports of tigers preying on other apex predators like crocodiles, pythons, and leopards!