Kids being too techy these days may be seen as a disadvantage by some, taking away their precious time and being consumed with their gadgets. But, we shouldn’t always look at kids with gadgets cringing. Some kids actually know how to use these gadgets to serve a better purpose.

Take for example Eddie. He is just a typical 7-year-old who loves to use his parents IPad and knows how Facebook works. So when Eddie learned about Clifford Boyson’s search for his long-lost sister Betty, he immediately started looking for her on Facebook.

You see Clifford got separated from Betty when they were just small kids. He was just a 3-year-old toddler back then, and his sister was a 5-year-old. According to ABC News, they were sent to foster care and never heard from each other since then, but Clifford never gave up finding his big sister sending her countless letters through the years. 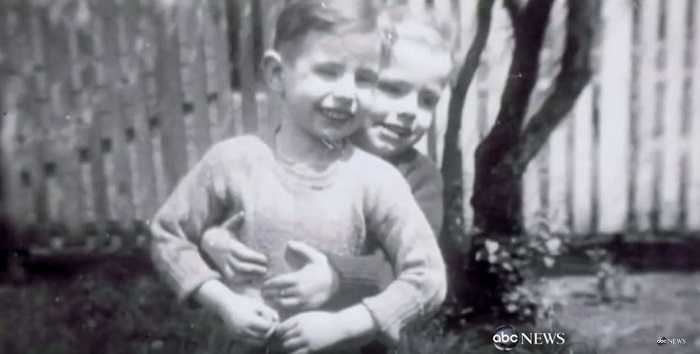 Clifford and Betty were separated as kids and never saw each other.
Photo Credit: YouTube / ABC News

Just recently, after over six decades of searching, Clifford and Betty finally had a reunion. Thanks to Eddie, the techy kid. When he was asked why he helped search for Betty? Eddie just had a simple answer, “Because Clifford didn’t have any family at all and I wanted to help Clifford find his family because sometimes Clifford gets lonely. Family is important.”

The advantage of having a sibling in your prime years

According to a study published by the Ohio State University, “Siblings provide different types of support for each other as they age”. This means that as a person gets older, their morale increases when they have another sibling. They tend to rely to each other as they get older which makes them more secure emotionally. Moreover, the study revealed that the emotional benefit they get does not depend on the frequency of interaction with their sibling, but it is the thought of their existence and being available that really mattered most.

Good thing Clifford and Betty finally found each other!