In life, even the happiest and most cheerful people could experience the worst problems. But it is wonderful that there are many times that humans band together to help each other overcome these difficult situations, in one way or another.

Azie Robinson, a freshman at La Vergne High School in La Vergne, Tennessee, had always been a kind, loving friend to many of his classmates. He was always there to cheer them up or make them feel happy when they are going through tough times. 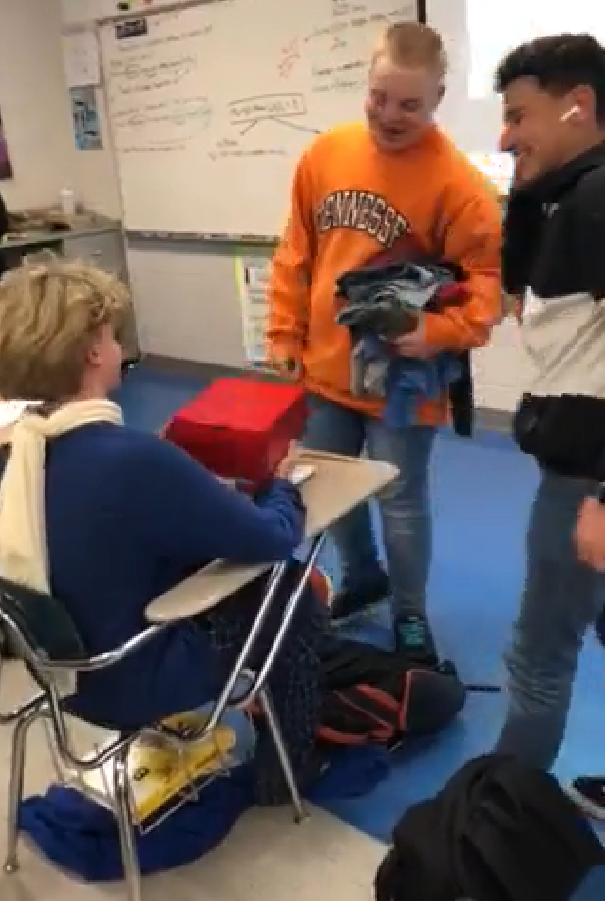 “Recently, something happened, and I don’t want to get into it, but it broke me,” the kid told his classmates.

They were not used to seeing their cheerful classmate looking so glum and sad, having trouble as he struggled with his problems. 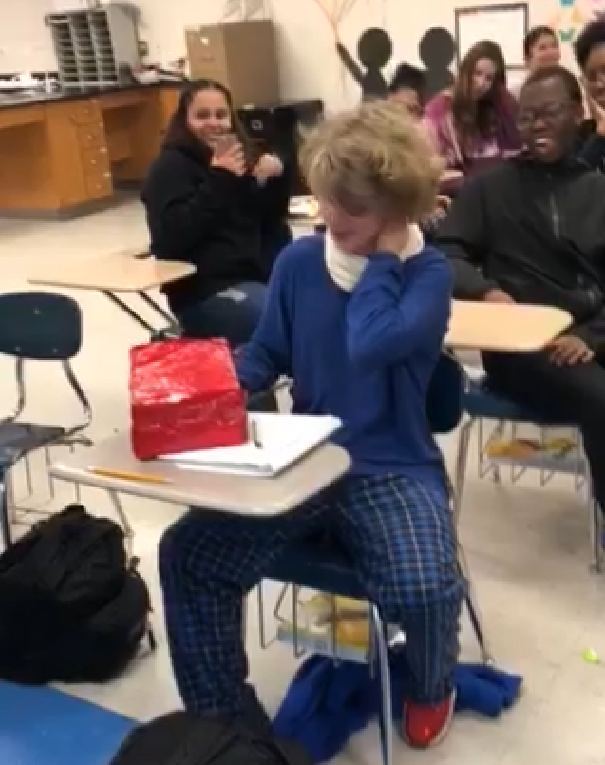 So, the class decided that it was their turn to cheer him up. He had always been a good friend to many of them – and now that he is the one going through something difficult, they might not be able to solve that problem for him but at least they could make him happy.

A well-known sneakerhead in class, Kerolos Girgis, bought Azie a new pair of Nike shoes using his own money! Other students also pitched in to help, while some took a video of the beautiful moment Azie received the wonderful surprise. 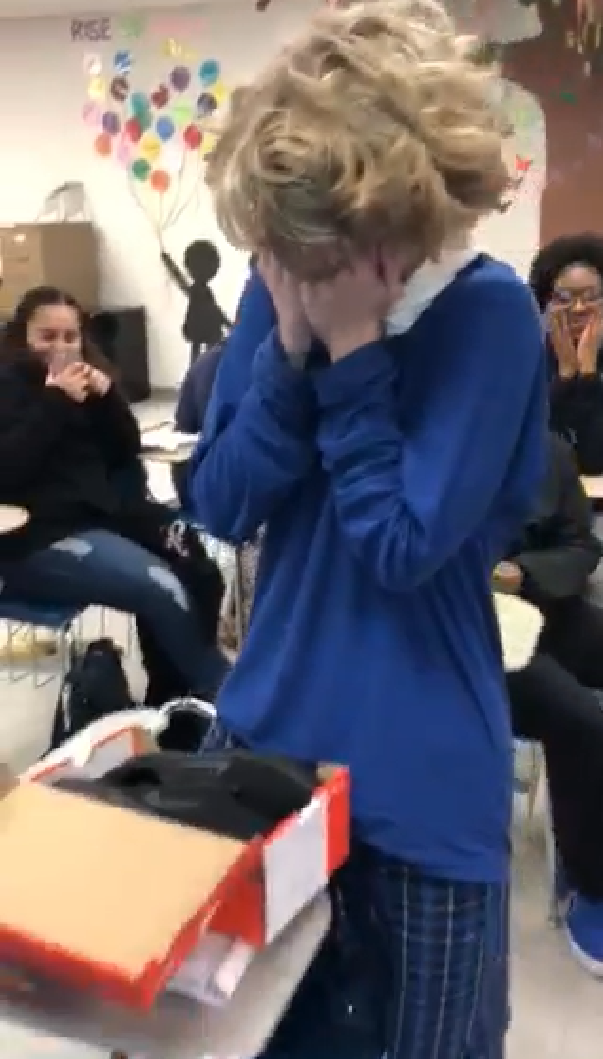 After opening the box from his friends and finding the new pair of shoes inside, Azie could not help but openly cry in front of the class.

“It’s not even about shoes or clothes, it’s about the act of giving to people and that act of giving made him happy, it made us happy because he referenced, he’s like our hero,” Kerolos said.

“This world is cruel, because if you don’t change it, who is going to change it?” 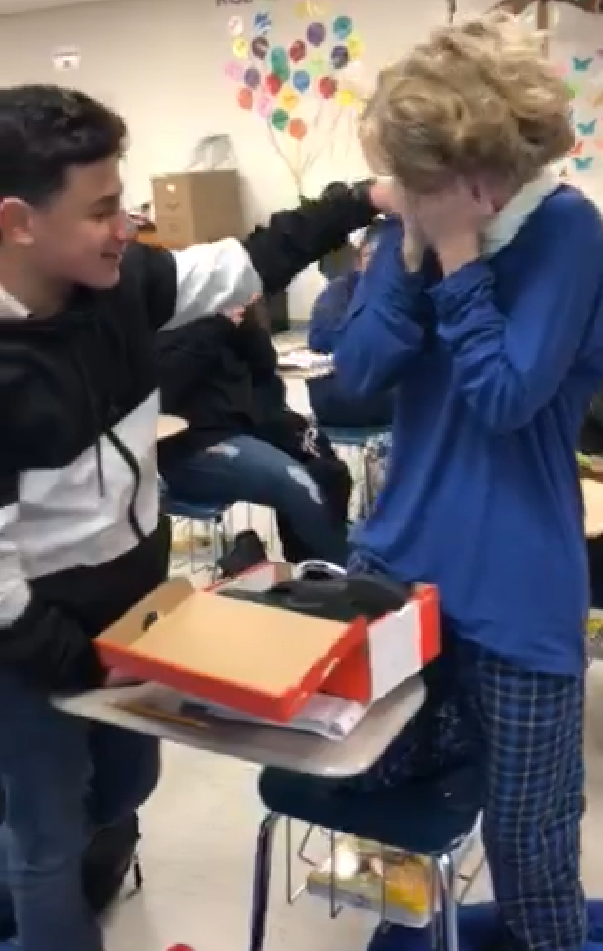 The emotional moment would go viral, with people commenting how beautiful it was for these kids to understand love and compassion at their age. Inspired by the heartwarming moment, people would soon donate to the GoFundMe campaign created by his friend, Dylan R. Norton. 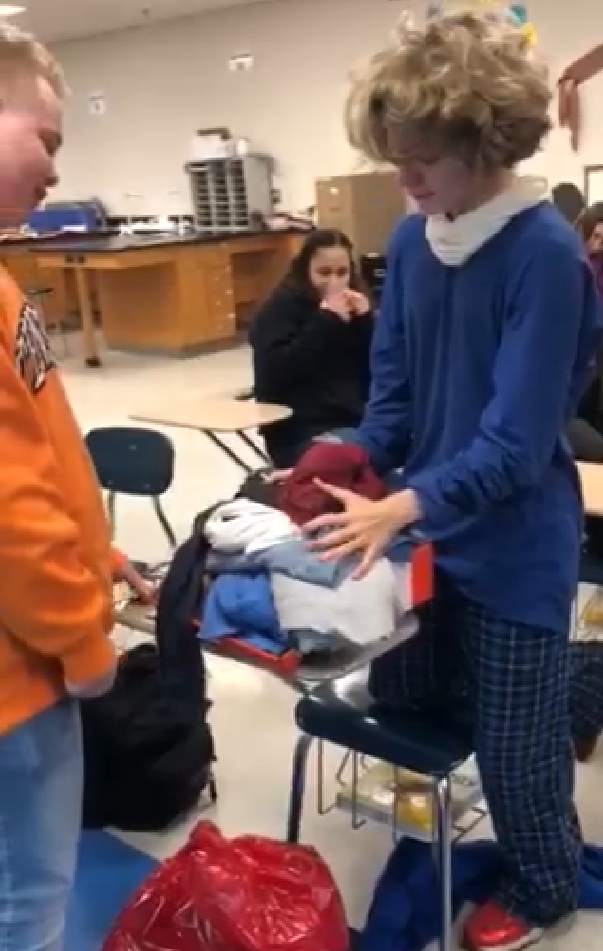 As of press time, the trending campaign has received more than $4,300!