We’ve heard of so many people buying gadgets or other expensive stuff online, only to end up with cheap knockoffs or other items such as fruits, rocks, or even juice in the package! But one lucky guy experienced the opposite after receiving a brand-new iPhone SE after buying some apple fruits online! Wow.

There are too many people who are scared of buying online, especially big-ticket items because they fear that might get duped and end up receiving fake items or various stuff in the package. 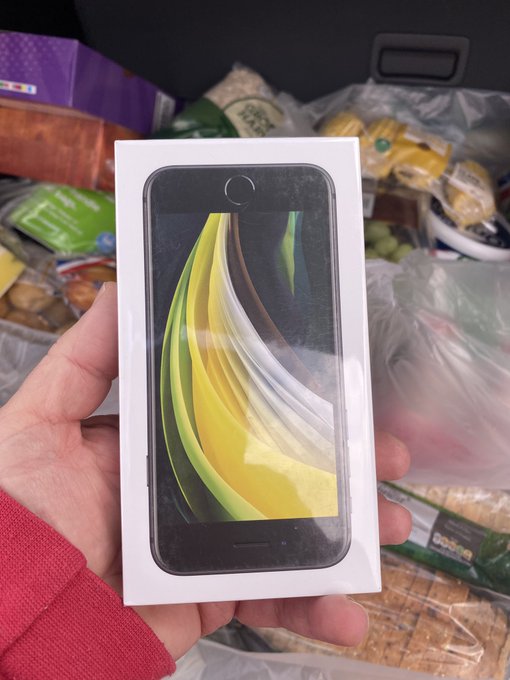 Their fears are not unfounded, of course, because there have been a lot of reports about iPhones getting replaced with apple juice or things like that.

But Nick James is one lucky guy! He recently bought a bunch of apples through Tesco’s “Click and Order” and received a big surprise when they went to pick up the order. Instead of just receiving the apples he ordered, they also got a brand-new Apple iPhone SE. 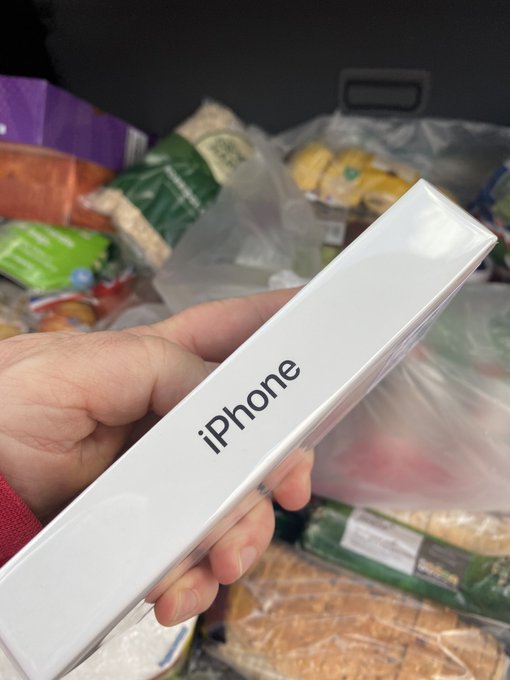 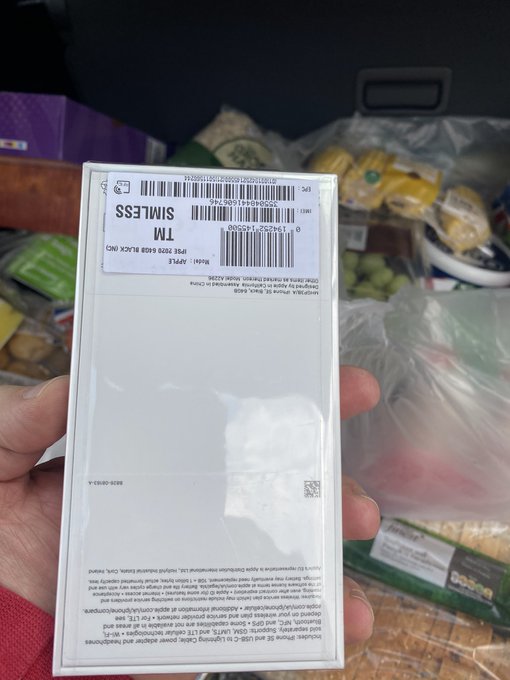 It was such a random thing that Nick was quite surprised that they got the new iPhone. Tesco called it a ‘super substitute’ – and it was really such an impressive substitute! I certainly wouldn’t mind getting a brand-new iPhone after buying some apples. Everyone will surely agree with that, huh?

It is the complete opposite of a scam. It’s simply perfect!

Nick shared some photos of the iPhone and the note that they received along with the amazing surprise. He added that his son really loved Tesco’s ‘super substitute’. 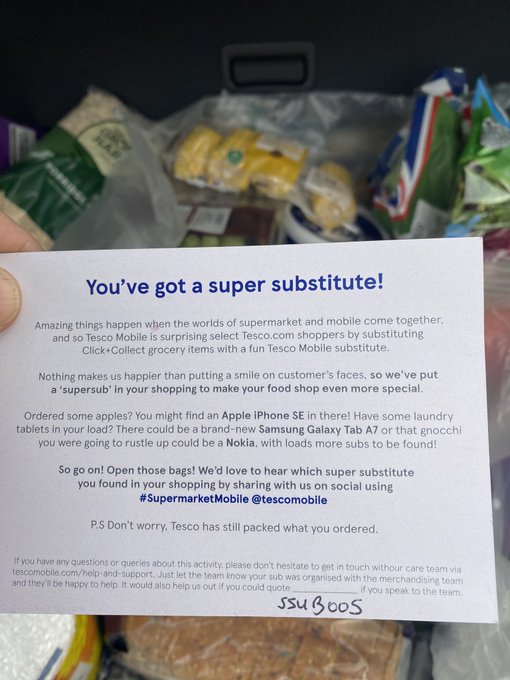 In the note, Tesco added that though they gave Nick the new gadget, they also prepared his order. He had to pay for that order, of course, but he doesn’t really mind.

Tesco is a British multinational groceries and general merchandise retailer whose headquarters are located in Welwyn Garden City, England. Founded in 1919 by Jack Cohen, it is currently the third-largest retailer in the world in terms of gross revenues.