Many say that pet cats are so indifferent, no matter how much you pamper them. Yet one protective cat recently went viral for trying to keep a toddler off the balcony railings, seemingly able to think that the child might fall off from there!

Cats do have the stereotype of being aloof and indifferent. While they might try playing games with you or take interest in something in the house, they aren’t as likely to be helpful as dogs try so hard to be. But not all cats are like that, of course. 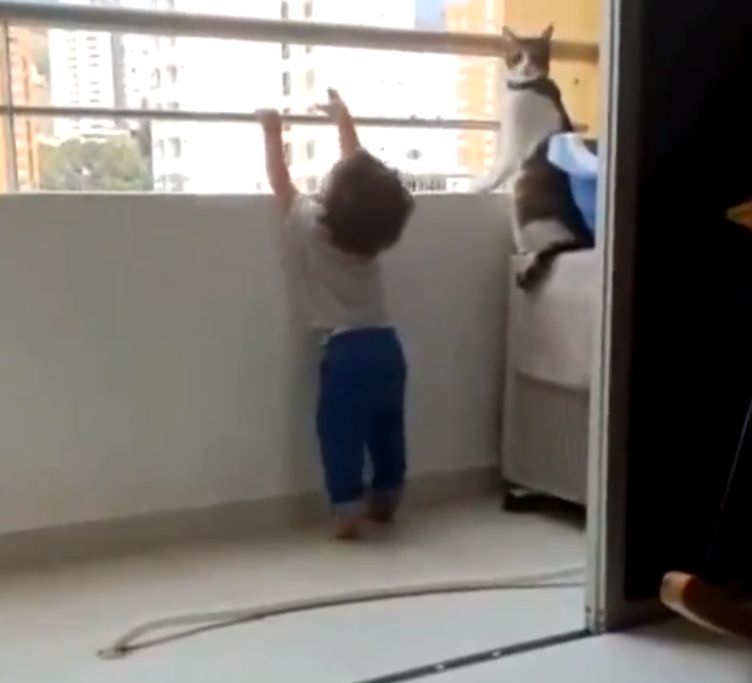 Recently, one cat went viral after going on a protective mode to keep a child from falling a balcony at their house as shared by Twitter user @anthraxxxx. Nicknamed in the video as “The Guardian Angel”, this beautiful cat sits on the ledge beside the balcony, keeping a close eye on the toddler who is trying its best to climb up the rails. 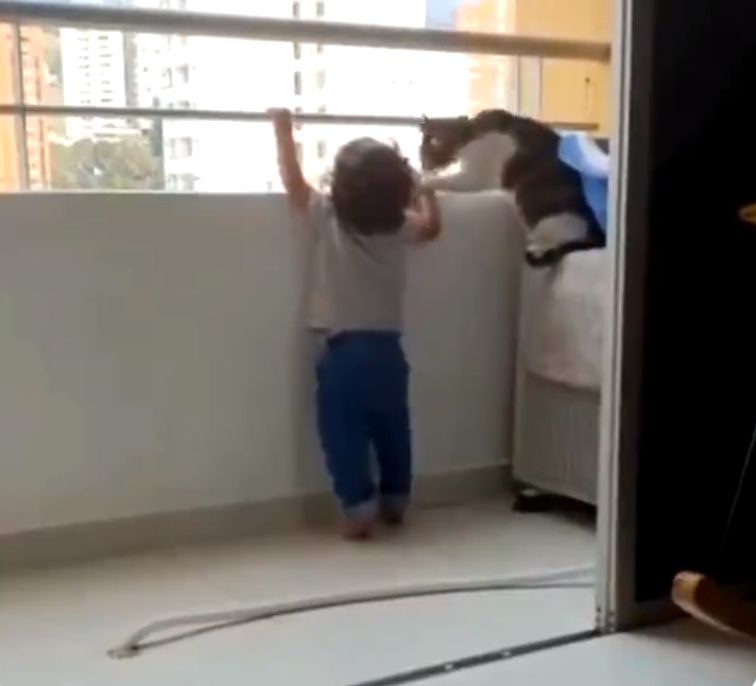 While it might seem at first that the cat was just doing this by chance, it was soon apparent that it was really trying to get the child off the balcony railing. Each time the toddler moves and tries to hold the rails, the cat would gently use its paw to remove the child’s hand. 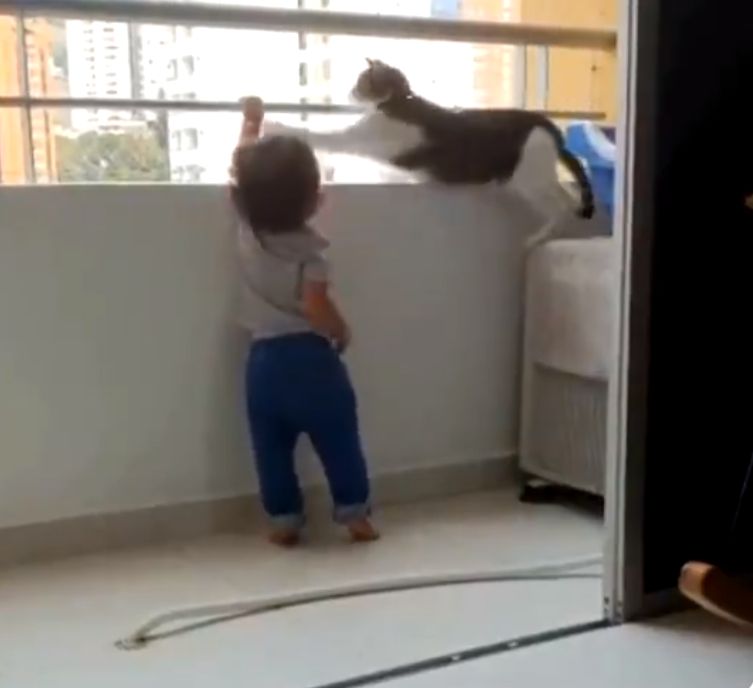 Puzzled, the kid moves to another part of the railing, but the cat nimbly moves to the ledge to block the path. What a clever and protective cat! It was clear in the video that the brother is safe with this animal as babysitter… 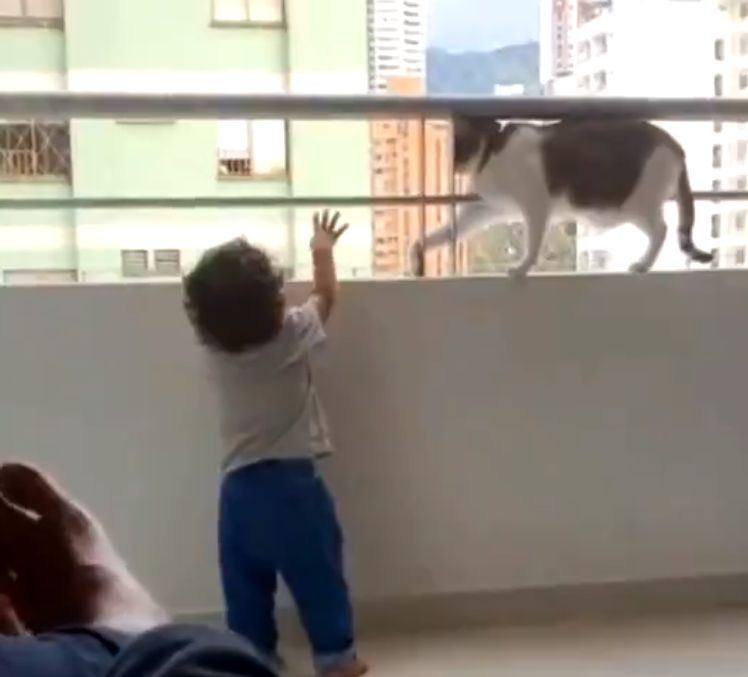 Check out this adorable video and watch the cat’s intuitive moves to keep the kid away from the railings:

There are many different materials for balcony railings. You can pick any from the following top options, depending on the design you wish to achieve: